China’s overseas coal power retreat not a threat for bulkers

China has pledged to stop building coal-burning power plants overseas. What does that mean for seaborne imports and bulk carriers?

China’s policy is unlikely to change much in the short to medium term, but it is likely to accelerate the decline of seaborne coal volumes in the longer term, according to analysts 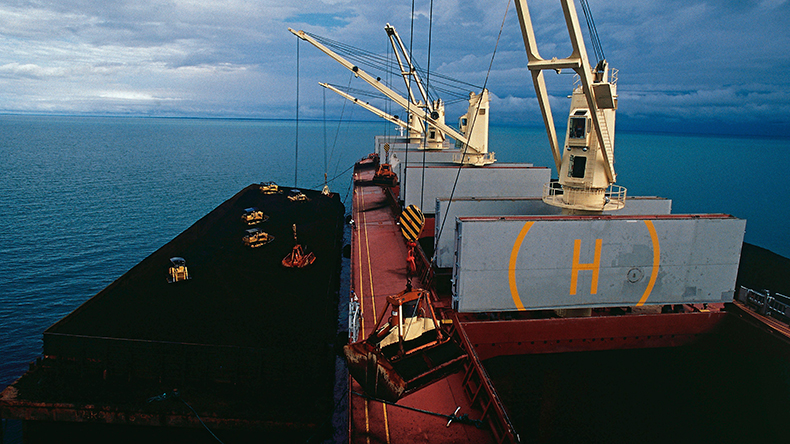 Source: furundul / Alamy Stock Photo Some observers argue that 'peak coal' may be reached during the second half of the decade.

BEIJING has announced that China is to stop building new coal-fired power plants overseas, marking a historic shift away from the fossil fuel.

“China will step up support for other developing countries in developing green and low-carbon energy and will not build new coal-fired power projects abroad,” President Xi Jinping told the United Nations General Assembly this week.

The decision by the world’s second-biggest economy sent a shiver through the dry bulk shipping market amid wider jitters over the state of the property sector in China, which is the largest domestic producer as well as importer of coal and also the largest financier of coal-fired power plants around the world.

But analysts believe that the move is a chronicle foretold and will have little impact on trade flows in the long term.

“For shipping, the new Chinese policy is unlikely to change much in the short to medium term, but it is likely to accelerate the decline of seaborne coal volumes in the longer term,” said Ulf Bergman, founder of Ocean Analytics. “That the global trade in seaborne coal is gradually entering its terminal decline has long been clear, but the exact timing has been more elusive.”

More than 20 laden bulk carriers have been stranded in Chinese anchorages, with 18 waiting for more than five months to offload Australian coal, according to Lloyd’s List Intelligence vessel-tracking data

With the new Chinese initiative, the timing looks somewhat more precise, he said, pointing out that given “the importance coal still has for the energy mix in many countries, the phase-out process is nevertheless likely to be gradual and drawn out.”

While the announcement is a milestone, said Banchero Costa head of research Ralph Leszczynski, there have been very few, if any, Chinese investments in overseas coal power plants or coal mines since the past year.

He thinks that the lack of interest in new coal projects is economically driven, due to the limited prospects rather than for political purposes.

“The economics of investing in new coal projects are probably no longer there, given all the policy pressure worldwide against coal, especially as such investment need to be long term and would hardly repay themselves in a short time.”

Indonesia is China’s largest coal mining partner, with 21 projects and about $9.3bn in investments, followed by Vietnam, which has 13 projects.

Still, there are new coal-fired power plants under construction in China and other parts of the world, and coal consumption is still growing, albeit at a lower rate.

Despite the Chinese announcement, the concept of peak coal still looks as if it will be reached only during the second half of the decade, said Mr Bergman.

BIMCO’s chief shipping analyst Peter Sand feels that the pledge would dent demand for thermal coal going forward, as compared with what would otherwise have been the level of demand.

“But to what extent it will impact Belt and Road initiative investments is not clear in details,” he said. “Will it stop now? Or will already-approved plants get built?”

A more interesting issue, though, is when and if China will extend this pledge to its mainland, according to Mr Sand.

Wood Mackenzie says projects that are not financially committed and rely heavily on foreign investment such as the ones in Indonesia and Vietnam would be most affected.

In particular, the 29 gigawatt generic coal projects in Indonesia after 2025 could be at risk due to China’s pledge, forcing more Indonesian coal supply to the export markets, which is likely to be a good news for bulker owners.