The latest edition of Lloyd’s List’s One Hundred Ports showed Chinese box facilities dominating the top of the rankings, as the industry’s eyes were trained to developments at the port of Ningbo, where congestion issues look like finally being resolved. However, this is far from the case across the transpacific where San Pedro anchorages are full of boxships 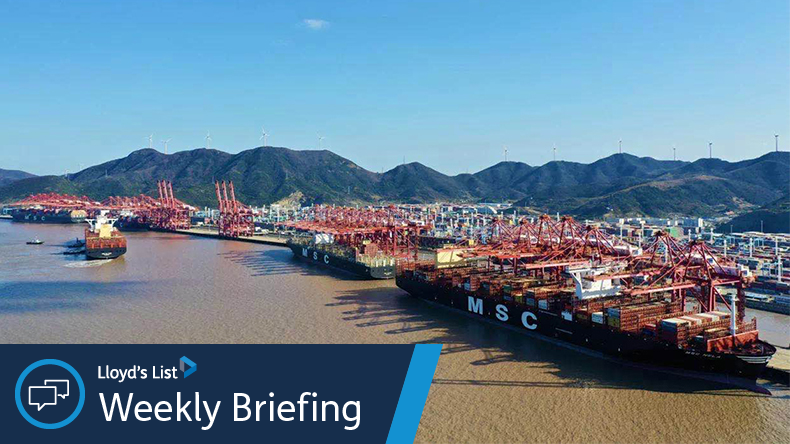 This week saw the publication of Lloyd’s List’s 100 Ports 2021, an annual appraisal of the fortunes of the world’s largest box ports by throughput.

The latest edition of Lloyd’s List’s One Hundred Ports tallies traffic that passed across the docks of the world’s elite container-handling facilities in 2020,  arguably the most challenging year the industry has ever experienced.

While their container line customers had a profitable pandemic, container ports and terminals struggled with both the onset of the pandemic, which saw volumes fall, then with the sudden recovery in demand that led to widespread congestion at ports that then spread throughout the supply chain.

Ports in China dominate the top of the list, and it was China on which all eyes remained this week as the situation in Ningbo began to resolve.

As the Meishan terminal closure entered its second week following the outbreak of a single case of Covid-19, there were fears congestion around the port could lead to further supply chain disruption as around 500,000 teu of capacity sat at anchor nearby.

So it will have come as a relief that the terminal has begun to take ship calls again and local authorities finally gave the all-clear to reopen the terminal two weeks after its initial closure.

But while the opening of Meishan will ease the flow of goods out of China, there is little that can be done to solve the crisis at the other end to the transpacific trade.

On Friday, the anchorages of San Pedro Bay were full again, with a record-equalling 40 boxships waiting to berth at Los Angeles or Long Beach.

With the traditional pre-holiday peak season now in full flow, and with retail inventory levels remaining at record lows, there seems little that will ease the constant onslaught of cargo reaching the shores of the US.

But even the completion of the final stage of the automated Long Beach Container Terminal will do little to solve the problem. Getting more cargo off ships will not solve the issues of getting that cargo off the dock and into the supply chain when so many other links in the chain are broken.

Ports and terminals may not be the most glamorous side of shipping, but as the events of the past year have shown, the interface between sea and land is a critical link. Investments here, as well as at sea and inland, will be crucial to getting the supply chain moving again. 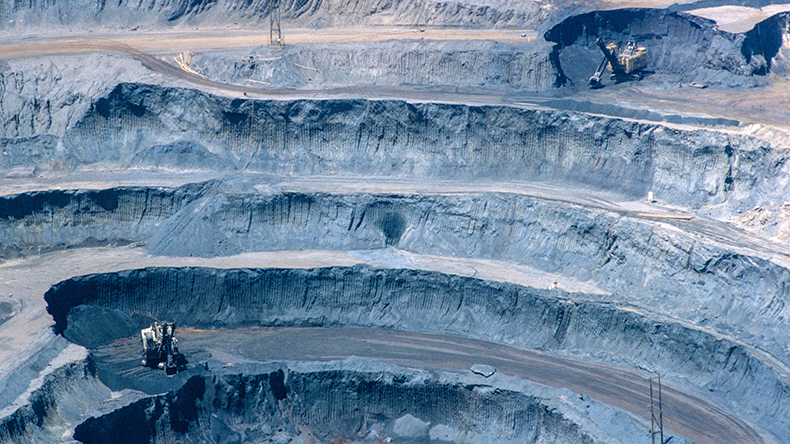 Capesize daily rates whizzed past the $50,000 mark and are largely expected to breach $60,000 in the coming days as increased volumes of iron ore from Brazil coincide with a shortage of tonnage due to port congestion, namely in China, which is tying up vessels for longer.

While ships are ballasting towards the Atlantic basin, they will miss September loading dates, according to analysts, leaving Brazilian charterers scrambling to secure any tonnage. The average weighted spot time charter on the Baltic Exchange closed on Tuesday at $51,427 per day, the highest level since the new assessment which reflects the larger 180,000 dwt vessel began in 2014, while the Baltic Capesize Index has risen to 6,206 points, the highest since November 2009.

Indeed, port congestion appears to be worsening, according to Lloyd’s List Intelligence data. The biggest chokepoint is northern Chinese ports, where 238 bulkers are waiting in anchorage, while a further 207 bulkers are being held up outside Shanghai and Ningbo. All in all, 599 bulkers are caught up in the logjam, meaning that almost one in 20 ships from the global fleet is now queuing at ports in China to either load or discharge cargo.

Meanwhile, weaker economic indicators out of China have done little to dampen the bullish sentiment in the dry bulk market given the coronavirus-related inefficiencies affecting the fleet supply side.

China’s steel consumption is expected to soften in the latter half of the year as the government attempts to curb pollution. Industrial output growth of 6.4% in July was 1.9 points lower than in June, marking the slowest growth rate since August last year. July’s steel production slipped for the first time this year, dropping 8.4% to 86.8m tonnes versus the year-earlier period, latest statistics from the World Steel Association show.

But, despite the lower steel output, iron ore imports should hold strong, if recent history is anything to go by, according to Commodore Research.

The hot container markets are drawing containerised goods onto bulkers, helping to support freight rates, especially for the smaller sizes, a trend that is likely to continue for some time. China’s Cosco Shipping Logistics said it recently arranged a shipment of steel bars for its client on a bulk carrier, which not only saved it the trouble of securing scarce slots, but it also cut costs by about 50%. Earlier in the year, it shipped 2,000 tonnes of steel coils using the same method. The coils would have otherwise been carried on containers. 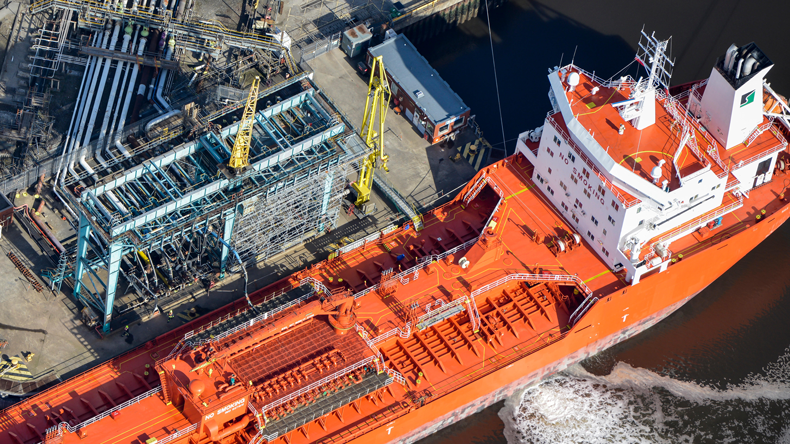 Such dire evidence of the supply and demand imbalance pervading the world’s tanker fleet has sent analysts scouring for sources of good news or trends that could herald a rebound — no matter how small.

Surprisingly, neither China or India — sources of the largest crude demand growth pre-pandemic — are responsible for any glimmers of hope.

Instead, importing stalwarts in northern Asia, including Japan, Taiwan and South Korea, are cited for lifting earnings for spot chartering of immediately available aframax tonnage to quickly ship crude to refineries to raise runs.

Similar, positive signs are seen for the product tanker sector in the Pacific basin.

But the adage ‘one swallow does not a summer make’ certainly applies. Older VLCCs positioned in Asia are being hired for short-term charters of 30 to 90 days for under $10,000 daily.

The impact of the Delta coronavirus variant is showing up in economic data, especially in China, with consumption of transport fuels — which account for about half of the world’s oil demand — slowing their return to pre-pandemic levels.