Decision to lift lockdown measures in the Meishan Island area, including the box terminal, was made after consultation with epidemic-control specialists, local officials say

The move to restart operations at the Meishan terminal comes as congestion off Ningbo and nearby Shanghai appears to be improving, with fewer vessels queueing in the anchorage 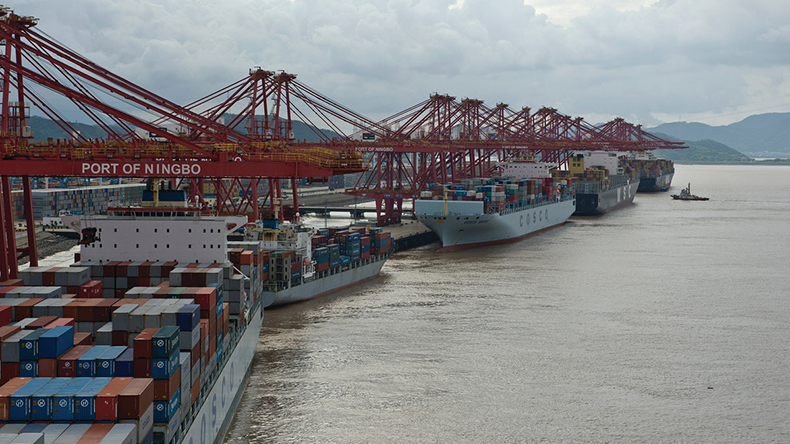 Operations at the Meishan terminal are expected to be fully restored on September 1.

THE government in Ningbo has formally reopened facilities on Meishan Island, including the port area, after two weeks of lockdown restrictions triggered by a dockworker who contracted coronavirus.

The decision was made following consultation with the city’s epidemic-control specialists, local officials said at a press conference.

They said no other positive cases had been detected after three rounds of swab tests involving 134,054 samples since the lockdown.

The facility, where operations were suspended this month after a dock worker tested positive for coronavirus, will reopen on August 25 and expects to have operations fully  restored on September 1, according to OOIL

Jiang Yipeng, a vice-president of Ningbo-Zhoushan Port Group, said Meishan terminal reopened on August 25 and was on track to fully recover its services, which had been suspended since August 11.

According to his company, a total of 15 boxships and 29,000 teu of containers had been handled during the period.

That is in line with what Lloyd’s List has reported based on analysis of vessel tracking data.

Executives from Orient Overseas International Ltd, part of Cosco Shipping, told analysts that operations at the terminal were expected to be fully restored on September 1.

Equipment supply is already under pressure from the slow movement of containers. Now pandemic-related shutdowns are bringing higher costs

The closure of Meishan, which accounts for about 20% of Ningbo’s total container throughput, has led to rerouting of vessels and further port congestion.

Lloyd’s List Intelligence data show that there were still 97 containerships (10,000 dwt and above) comprising 477,414 teu at anchor off the ports of Ningbo-Zhoushan and nearby Shanghai on August 24.

The OOIL management said most of the affected vessels had managed to find accommodation at alternative ports and expected “the disruption to be less severe” than the recent shutdown at Yantian and the Suez Canal incident earlier this year.