The Lloyd’s List Podcast: The race for green methanol is on

Methanol is the focus for this week’s podcast. Specifically, green methanol and how the industry can scale up the limited production of the truly carbon-neutral supply and move to a more transparent accounting of fuel choices via a ‘well-to-wake’ assessment of lifecycle emissions. Featuring in the discussions this week are: Berit Hinnemann, head of decarbonisation business development at AP Moller-Maersk and Chris Chatterton, chief operating officer of the Methanol Institute 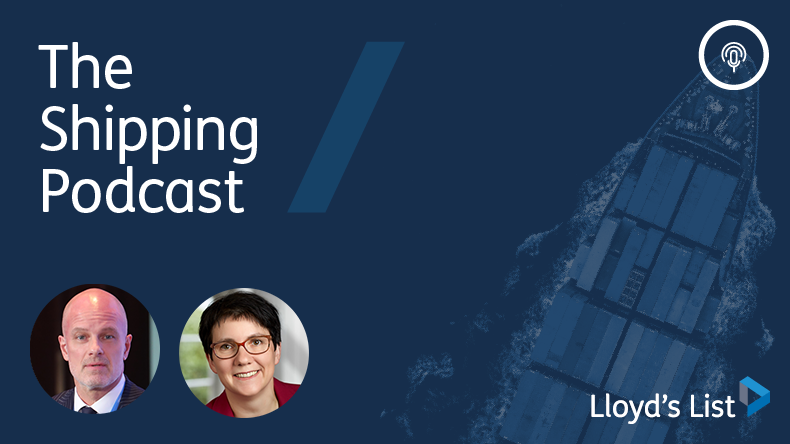 On the podcast this week: Berit Hinnemann (right), head of decarbonisation business development at AP Moller-Maersk and Chris Chatterton, chief operating officer of the Methanol Institute.
Lloyd's List · The Lloyd’s List Podcast: The race for green methanol is on

THE prospect of a single, very small, containership running on green methanol in two years’ time may not be the sort of headline to put the world at ease as Europe burns and world’s climate scientists look increasingly terrified by their own forecasts of looming climate Armageddon.

Six months after it first committed to having a dual-fuel feeder ship running on carbon-neutral methanol by 2023 Maersk has finally this week secured a partnership capable of producing the 10,000 tonnes annual supply it needs to hit that target.

The production may be small by global methanol industry standards, but the partnership is being touted as a potential blueprint to scale green fuel production for shipping.

That’s significant because Maersk has pledged that all its newbuilding vessels from 2023 onwards would be capable of running on carbon-neutral means. And as we know Maersk has an awful lot of ships.

So their plans are going to require a rapid scaling of operations if green methanol is going to account for the initial phase of that pledge.

Context, as ever, is key. There are around 98m tonnes of methanol produced each year, emitting 300m tonnes of CO2 during its use and production.

Less than 200,000 tonnes of this production is green methanol, most of it being bio-methanol.

So scaling up the roughly 20 or so global pilot projects running is no mean feat and it is going to take more than a solar farm in southern Denmark to get it off the ground.

This week on the podcast we bring you two conversations around the topic of methanol. First, Lloyd’s List editor Richard Meade talks to Berit Hinnemann, head of decarbonisation business development at AP Moller-Maersk, about why she’s getting so excited about the prospect of fuelling a single ship. Then we turn to Chris Chatterton, chief operating officer of the Methanol Institute, to discuss scale and the thorny issue of carbon accounting and why measuring maritime emissions demands a well to wake approach.

The Lloyd’s List Podcast: What the ‘code red’ climate report means for shipping

The Lloyd’s List Podcast: What the EU’s climate goals mean for shipping