Last reported Somali pirate attack on a merchant ship was in 2017. Shipping groups say the world has changed and a new system is needed to reflect changing threats in the Middle East and West Africa

The High Risk Area covering Somalia and Yemen will be shrunk from September 1, with shipping groups saying the system has served its purpose 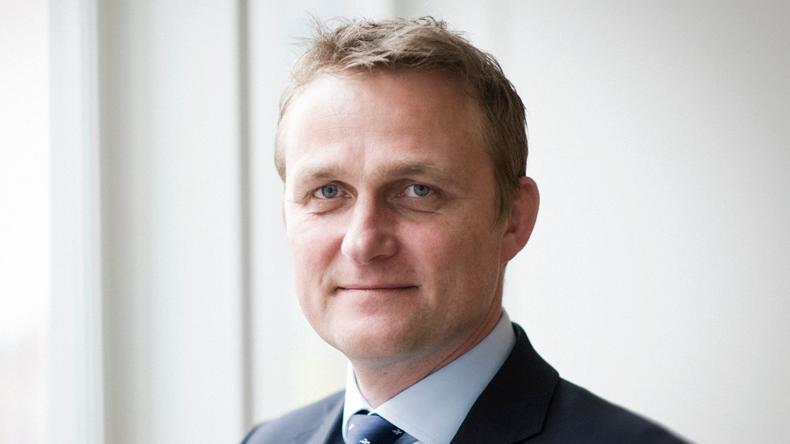 Loosley: ’The next logical step is to develop a global, threat-based concept, which captures how ships of various type, size, nationality and ownership face different risk levels.’

THE High Risk Area covering Somalia and Yemen will be shrunk as Somali piracy has dwindled, with shipping groups calling for a more dynamic system to reflect new security threats to shipping.

From September 1 the HRA boundaries will be reduced to cover the Yemeni and Somali territorial seas and exclusive economic zones to the east and south. 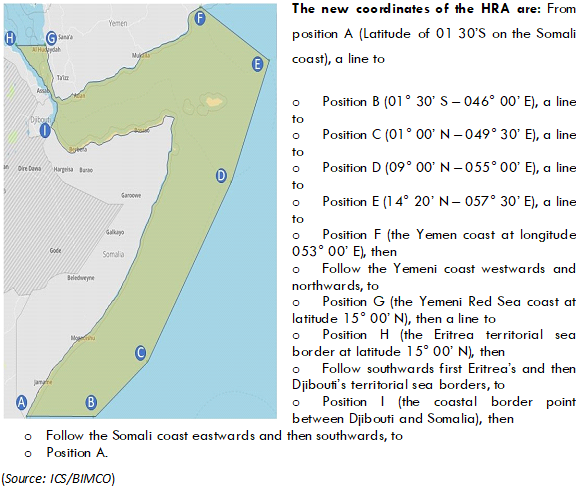 The zones were drawn up at in September 2010 to show where pirates were likely to attack. Ships are encouraged to report transits to anti-piracy authorities UK Maritime Trade Operations and the Maritime Security Centre Horn of Africa.

But Somali piracy has been suppressed, with no attacks on merchant ships since 2017. West Africa’s Gulf of Guinea now has the world’s most dangerous waters, while conflicts in the Middle East also threaten some ships.

Kenya recently won its bid to exclude its waters from the HRA, after complaining that it put off tourists and foreign investors and raised the cost of imports to it and neighbouring countries. Oman has also complained of higher costs.

“As new security threats have emerged or intensified outside the Indian Ocean it has become clear the HRA is outdated and misleading,” said International Chamber of Shipping secretary-general Guy Platten.

“At the height of the crisis the HRA was essential in raising awareness of the Somali pirate threat and the need to apply mitigation measures, but it has essentially served its purpose in protecting crews and vessels in the region.”

BIMCO secretary-general David Loosley said recent security incidents in waters around the Arabian Peninsula showed the need for a more granular approach to the concepts of threat and risk.

“The next logical step is to develop a global, threat-based concept, which captures how ships of various type, size, nationality and ownership face different risk levels,” he said.

BIMCO head of security Jakob Larsen said: “By the end of the year we plan to have a new concept in place which will describe the threats to shipping, rather than having this one-size-fits-all High Risk Area.”

Mr Larsen said conflicts like the maritime shadow war between Iran and Israel were different to the Somali threat; ships faced different risks depending on their ownership or other perceived links to the combatants.

Mr Larsen said creating a blanket HRA off Iran would not reflect this change.

“To capture that, you need a more granular approach. You need to focus more on describing the threat rather than defining a risk that applies to all,” he said.

Mr Larsen it was unlikely that Western navies would cut back Somali patrols despite the fall in attacks since their mandate included securing humanitarian aid and other law enforcement tasks.

The combination of navy ships, armed guards and other protection measures was keeping the situation under control, and any “dramatic changes” should be avoided, he added.

On Friday an attack was reported on a ship near the Somali cost, 100 nm northeast of Mogadishu. Four attackers in a skiff traded gunfire with armed guards, but broke off the attack after an hour.

Mr Larsen would not comment on the details, but said the event was “not a piracy attack in the traditional sense” and it did not cast doubt on the decision to shrink the Somali HRA.

Industry groups decide the HRA boundaries after consulting with companies and militaries.

The HRA is separate from the Lloyd’s Joint War Committee’s Listed Areas, a tool for insurers to charge higher premiums for riskier journeys.

Piracy and armed robbery at lowest level for 27 years