Agnevall is aware that shipping is a much more complex ecosystem than the trains and buses of landside transport. Achieving goals will require a different dialogue with customers 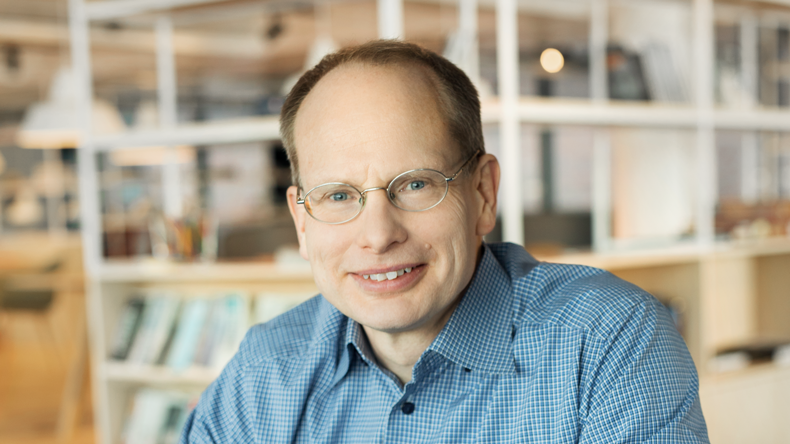 Source: Wärtsilä Agnevall: “Our customers want to go green, but they don’t want to be stuck with stranded assets.”

“The public will not accept moving slowly,” he told Lloyd’s List today. “Sustainability is so high on the agenda now. [Extreme weather conditions] set the agenda, and the public push politicians to act faster.”

He said the industry should anticipate regulators responding by quickening the development of a regulatory framework. This will especially be the case where customers’ customers have set sustainability targets and need to execute on them.

Mr Agnevall was appointed by Wärtsilä last September and replaced Jaakko Eskola as chief executive in April. He led the company’s first-half 2021 presentation earlier today, reporting improved profitability in spite of lower net sales, and cautioned that the impact of the coronavirus pandemic was still significant.

With a career that moved from power systems and robotics at digital technology business ABB, to trains at Bombardier and buses at Volvo, Mr Agnevall pointed out that the lifecycle of ships is much longer than other transport assets, and the international nature of the industry brings a complexity not seen in land transportation.

This complexity makes the decarbonisation of shipping more difficult, he said, adding that even after 20 years of working with liquefied natural gas, there are still issues to be addressed.

“The shift to decarbonisation will take time. Diesel will still be with us, along with abatement technologies. In the past it was diesel and, to some extent, LNG. In the future, there will be many more options.”

That has opened a dialogue with Wärtsilä’s customers on which fuel they should consider using. “Our customers want to go green,” he said, “but they don’t want to be stuck with stranded assets.”

That dialogue has moved from engagement with a customer’s engineering department to discussions with the board and chief executives “because it involves the future of the company”.

The company is at an early stage in its trials with ammonia and hydrogen, although research into the use of hydrogen as a fuel has been carried out for more than 20 years.

“Already you can run our engines, depending on which model, on between 15% and 25% hydrogen. We want to push that to 100%, which requires some serious engineering development. That’s the next step.”

He acknowledges that rolling out the concept over the whole shipping industry is very different from achieving a concept of 100% ammonia or hydrogen.

“We won’t be able to do this alone. However, we can contribute to the ecosystem by providing guidance on when we will have the concept ready, then our customers can engage, and we can advise on fuel availability and the infrastructure around the fuel.”

Mr Agnevall believes digital solutions, including those offered by the Wärtsilä Voyage division, are part of the broader ‘decarbonisation’ journey.

“Smart shipping is part of the sustainable ecosystem,” he suggested, pointing out that digital solutions for route and port optimisation help to save fuel and lead to a more efficient supply chain.

The new chief executive said the decarbonisation journey in particular — and advanced technology in general — is proving very attractive to young graduates.

“It begins with our purpose: we are here to enable sustainable societies through smart technologies. They see a chance to contribute to making the world more sustainable through technology. That attracts people to companies such as Wärtsilä.”

Flooding in Germany and forest fires in Oregon are driving the agenda, Mr Agnevall said. Shipping must respond.

Governments collaborate on zero-carbon fuels as Nordics back ammonia