The geopolitical fault lines are starting to show as the IMO’s climate change debate heads into diplomatic territory that is well outside of shipping’s influence. Division and distrust are hampering progress and the conversations are only going to get more difficult from here on 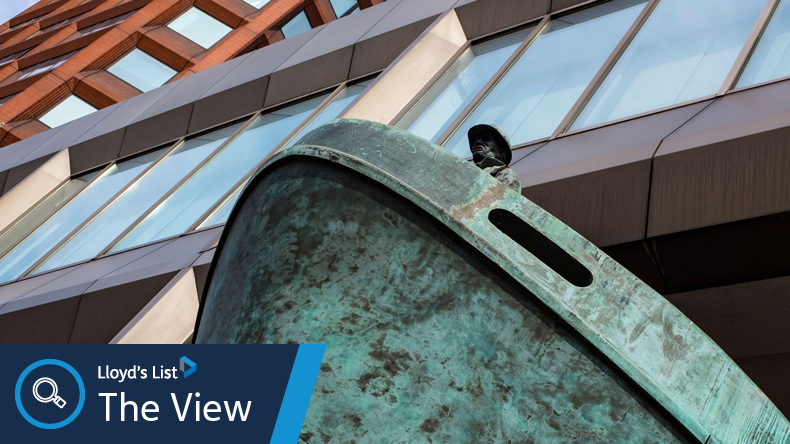 Source: deadlyphoto.com / Alamy Stock Photo The tone of this week’s dialogue at the IMO should raise serious concerns about the future of global decarbonisation regulations.

That blunt observation, issued by the German government during the closing moments of the International Maritime Organization’s environmental committee this week, summed up the frustrations dividing diplomats as they negotiated a lacklustre litany of measures to tackle climate change.

The CO2 intensity measures have been criticised by parts of the industry, environmentalists and governments for being too low, even if their adoption does signify some sort of conclusion to the drawn-out negotiations.

The new work plan simply sets up the next phase of the debate that promises to be even more complex and divisive.

But the story of how these decisions were made amid a breakdown of trust, is the more important barometer of where we are and where we are going than the detail of what was and was not agreed.

Technical debate within the IMO is rarely an edifying experience for spectators, but the tone of this week’s dialogue showcased a level of diplomatic defiance that should raise serious concerns about the future of global decarbonisation regulations.

Such was the level of distrust in the debate that closing minutes of the meeting saw governments threatening to go back to the audio recordings of the previous conversations in a bid to prove the inaccuracy of the record as it was presented.

The heated tussle was the culmination of six days of divergences on the fundamentals of international climate policy and their role in the IMO’s decarbonisation strategy.

The source of the tension was frustratingly familiar to anyone who has watched the IMO mechanism struggle under the pressure of politics it is ill-equipped to handle.

Market-based measures, including a proposal for $100 levy on shipping emissions, will be considered for the first time by the IMO within a formal structure beginning in October

That fault line seemed to fester throughout the week, creating palpable tension barely hidden beneath the veil of diplomatic decorum.

As petty as these squabbles may seem, the relationships between governments, their demeanour to each other and their ability to find compromise, define shipping negotiations in the IMO. The geopolitical schism dividing governments is not new, but as the negotiations become more detailed, the problems become more stark.

The idea that the IMO can remain a simply technical body while navigating these geopolitical fault lines is naive.

These conflicts have little to do with shipping or the IMO and those who will inevitably lay the blame for lack of progress solely at the IMO’s door would do well to remember that. No other UN, or multi-lateral body, has yet established an accepted mechanism to unite developed and developing nations over the economics of climate change. Expecting the IMO to have worked it out is beyond unrealistic.

There is, however, some glimmer of hope to cling on to. COP26, the UN climate conference concerning in Glasgow in November, could generate new momentum in climate action and more importantly result in new marching orders for delegations to the IMO.

The most important UN climate summit since the 2015 Paris Agreement offers the best chance in a generation to agree a new global carbon market mechanism, which could have direct implications for the IMO's MBM discussions.

However, IMO member states and secretary-general Kitack Lim will need to work to find solutions that can help bridge gaps like the ones witnessed this week. The fact that governments are currently quibbling over the basic accuracy of each other’s statements does not bode well for future discussions where the devil really will be in the detail.

The organisation has admitted that its resources to deal with  emissions are stretched thin and its staff are overworked. Its member state governments must now step in with resources and the IMO’s leadership is going to have to find a more robust form of diplomacy to alleviate current tensions behind the scenes.

Regardless of what COP26 achieves or does not, the IMO discussions are only going to become more complex from here on.

Industry will also have to play a role. The associations, usually among the most vocal during MEPCs, were notably absent from the fray this week. Perhaps due to time constraints, but also likely because they understood there was nothing to be gained from intervening in diplomatic issues that were largely about principle, not action, they remained on the sidelines.

Do not expect this to become the norm. Industry will be there to shape these long-term measures, including market-based measures, as much as it can. And the MEPC will have to deal with industry politics too.

We’ve seen the evident division between the liner and tramp industries when it comes to the inclusion of shipping in the European Union’s Emissions Trading System. Just as governments are going to have to find a way to bridge fundamental differences, industry is going to have to find a unified voice on these issues or risk being left out of the discussions altogether.

As Lloyd’s List launches its sustainability hub to offer a more concentrated coverage of the topics, the geopolitical dynamics will inevitably become a more frequent feature, next to the technological developments and market changes that are accelerating.

The hope is that this extended coverage of sustainability issues for shipping will offer insights into the progress being made towards a zero carbon future, rather than an examination of the self-acknowledged lack of trust that is stymieing progress within the industry regulator.

The IMO cannot expect external observers and industry to trust a body whose members have a difficult time trusting each other.