Spain has detained a tanker after it was spotted illegally discharging hydrocarbons into the sea, causing a 55 sq km oil spot in the Atlantic 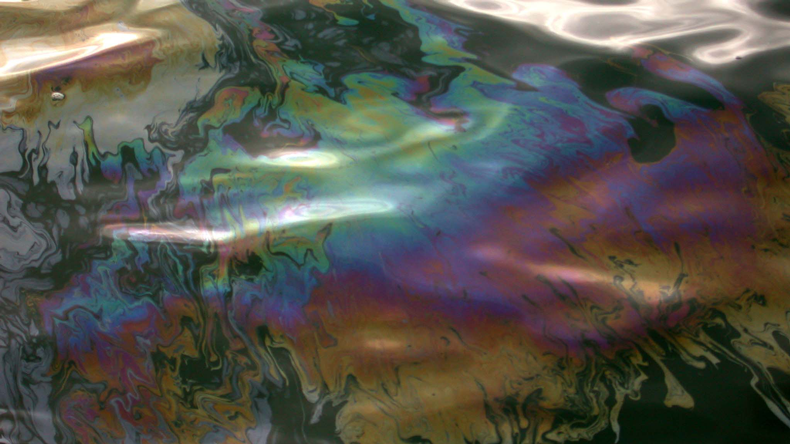 A PRODUCT tanker linked to US-sanctioned oil trades with Venezuela has been detained off La Palma, one of the Canary Islands, for illegally discharging oil.

The illegal discharge created a 55 sq km oil stain in the Atlantic, Mitma said, adding that the vessel would remain detained until “those responsible” paid a security.

“Given the seriousness of the incidents, they could face one of the highest penalties imposed so far by the General Directorate of the Merchant Marine,” it said.

“The detention of this vessel is another example of the effective work carried out by the Spanish Maritime Administration in the control of our seas and in the prosecution of those who commit illegal actions.”

Three of the vessels were formerly owned by Greece’s Gotsis family before their sale to anonymous Emerati business, which used them to ship Venezuelan crude for several voyages before scrapping

Muhit Maritime was one of three companies under investigation in the UAE for shipping Venezuelan crude late last year. No results of that investigation have been published.

The UAE did not respond to inquiries for comment.

The product tanker has engaged in what the US administration describes as deceptive shipping practices, with multiple gaps in its vessel-tracking data and multiple changes of ownership and name.

It was bought in December 2019 by Greece-based operators Eurotankers and renamed Eurotrader but quickly resold three months later to the Emirati company, which gave it the name Aldan.

Muhit Maritime FZE has operated three tankers formerly owned by the Gotsis family’s Eurotanker over the past 18 months, all of which were deployed to ship crude and products to or from Venezuela both before and after their sale, according to vessel-tracking data.

Aldan last sailed from Venezuela on May 24, but its numerous AIS gaps over the past 12 months make its location and activities difficult to determine.

It said Spain diverted an aircraft to verify the pollution based on the information it provided.

“Emsa routinely monitors EU waters with this capability and every day several of these alert reports are sent to the respective National Competent Authorities,” the watchdog said. “This permanent monitoring of EU waters has a deterrent effect that is already visible in the long-term trend of detected spills.”

West of England P&I Club provided the so-called blue cards that indemnify the vessel in the event of any bunker or cargo spills.

While the club confirmed the vessel was entered, it declined to comment.

As one of the 13 member clubs of the International Group, West P&I has clauses that retrospectively remove cover if vessels are found to be engaged in deceptive shipping practices including the lack of AIS data.

Data showed the tanker had a six-month gap between November and May this year, and prior data was unavailable.