Shipping’s sustainability scorecard not measuring up

Reports varied in quality from disingenuous, to selective or comprehensive with absence of like-for-like numbers to show real progress 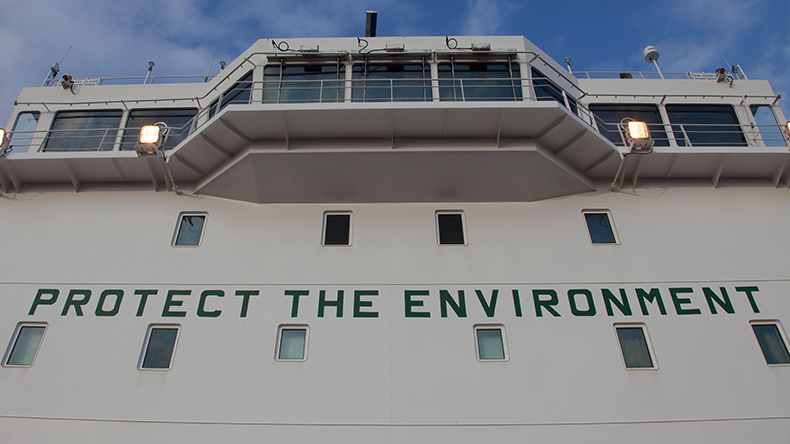 AN absence of context and lack of clarity characterise the rising number of sustainability and environmental reports published by shipowners, who are keen to reveal their green credentials but unwilling or unable to fully benchmark progress against regulatory goals.

Lloyd’s List analysed sustainability and ESG reports published by some 20 of the largest owners, charterers and operators and found they recorded considerable progress in curbing emissions and reducing carbon intensity.

But there were few meaningful benchmarks that accurately measured real environmental performance against International Maritime Organisation targets, and reports varied in quality — from the disingenuous, to highly selective, or reasonably comprehensive.

Some sustainability or ESG reports published a single CO2 emissions figure, around which several thousand words were written, with little other information.

Shipowners worldwide must meet IMO targets to reduce carbon intensity by 40% from 2008 levels by 2030 and to reduce greenhouse gas emissions by 2050.

The uncertain decarbonisation path has triggered widespread debate over the use of liquefied natural gas as a transitional fuel, as well as a range of “net zero” and green proclamations.

“Sustainability isn’t well defined and probably we need a more quantitative analytical approach to compare typical industry practices to any new ‘solution’ and to compare the trade-offs between air pollution, climate pollution, and water pollution.”

Danaos, Scorpio Tankers and Maersk said they had already complied with IMO 2030 targets for all of their fleet.

Another company, Hafnia BW, said it was on target to meet climate change goals by 2028.

There were no details or tables given that broke down how the savings were achieved.

There are three main figures that appear to be referenced in most reports: an Annual Efficiency Ratio, the Energy Efficiency Operational Index and CO2 emissions volumes.

The AER is reported as grams of CO2 per tonne mile. The number is arrived at by dividing ships’ annual CO2 emissions by the distance sailed and ship deadweight, but is seen as an imprecise figure because it assumes that vessels are always laden.

The lower the figures, the better performing the ship is said to be, compared against median AER and EEOI baseline numbers for similar sized and types of vessels.

Many shipowners are only now publishing their first or second annual sustainability reports, prompted as banks move to align their ship finance portfolios against climate-change principles.

This intensified interest in benchmarking vessel performance follows the launch of the so-called Poseidon Principles for banks that rely on the AER number and set a reduced trajectory for a vessel compared to others of its size and class.

Eagle Bulk Shipping was the only shipowning company that did not provide AER or EEOI numbers in its sustainability report. Cargill Ocean Transportation, which charters some 600-plus vessels annually, did not provide these figures either.

Scorpio Tankers, Maersk, Gaslog and Frontline did not provide an AER number, but provided EEOI figures.

Whether emissions calculations are derived directly from internal data gathered on fleet performance or based on other data and modelling assumptions is not always spelled out in reports.

Shipowners currently report this highly sensitive internal data on carbon intensity to flag states under IMO regulations but it is then anonymised to ensure shipowners’ fleet performance remains private.

The company did not report a CO2 figure, but wrapped these in with all greenhouse gas emissions, saying they had fallen by 100,000 tonnes in 2019 to 2.3m tonnes based on 2018 figures.

“Methane leakage in the natural gas supply chain call the net benefits of this transition into question,” Gaslog said in its report.

The company also provided details of methane slip per nautical miles in its report.

Maersk was the only shipowner and operator that said it would not use LNG as a transition fuel.

Teekay, an owner of both LNG carriers and tankers that has published 11 sustainability reports, signalled it was still developing a strategy to meet its 2030 targets and was struggling to meet goals.

So far, it’s reduced CO2 intensity by 20% and reported on greenhouse gas emissions, without breaking out methane or CO2.

“We recognise that further efforts are needed to meet our 2030 targets,” the report said.

The AER and EEOI numbers for LNG vessels, especially older carriers, were higher than all other vessel classes.

The lowest AER and EEOI figures reported were by DHT Tankers, which did not publish a separate report but provided the numbers on its website.

It was not clear how this AER figure of 2.08 for its fleet of older, very large crude carriers was arrived at.

Most reports didn’t benchmark progress or signal if there was a number or target needed to reach by 2030 to meet IMO goals.

Maersk said it would have commercially viable “net zero” vessels in its fleet by 2030.

While it did not publish any AER or EEOI figures, Cargill’s report said the agribusiness giant was advocating for a standard greenhouse gas emissions reporting process to align with Global Maritime Forum standards.

Biofuels: Shipping may struggle with the price of FAME