DNV, Wärtsilä and Maersk joined a Lloyd’s List webinar to discuss shipping’s decarbonisation trajectory, the role of regulation and whether using LNG to decarbonise shipping is ‘borderline greenwashing’ 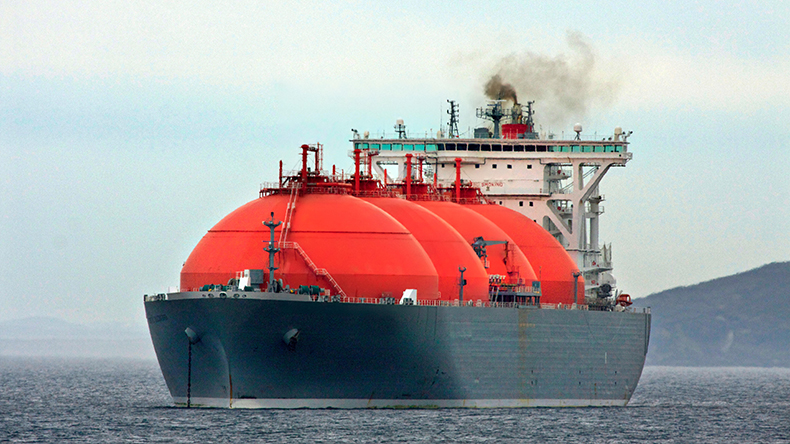 SHIPPING’s heavyweights have continued the contentious debate over the use of liquefied natural gas as a decarbonisation option for the sector.

During a Lloyd’s List webinar on decarbonising shipping, leaders from shipping technology provider Wärtsilä, classification society DNV and Maersk, a shipping company that has not invested in LNG while its arch-rivals have, traded views on what the future of LNG is in shipping.

Mr Sterling questioned why anyone would spend money on more expensive vessels and new infrastructures only to secure marginal lifecycle emissions gains at best and even higher emissions at worst.

Despite concerns over methane slip from the maritime industry’s use of LNG, by emissions profile, the gas still outperforms methanol and ammonia produced using fossil fuels, a study by class society ABS found

He acknowledged that there could be a commercial case for LNG but not an environmental one.

“I think it is borderline greenwashing to call LNG a transition fuel towards the decarbonisation of shipping,” he said.

He said there were ongoing efforts to minimise the methane slip level as much as possible.

Mr Sterling questioned this rationale, pointing out that engine retrofits were expensive.

But it also carries the risk of unburned methane escaping into the atmosphere, known as methane slip. Methane is a greenhouse gas that is 36 times more warming than CO2 over a 100-year period.

LNG has been a contentious topic for several years but the subject has re-emerged in recent weeks with the World Bank suggesting that governments should not support LNG on environmental and economic grounds.

Does LNG really have a role in shipping's decarbonisation? from Lloyd's List Intelligence on Vimeo.

The discussion on fuel flexibility and adaptability was not limited to just LNG.

Mr Holm said that one of the key conversations Wärtsilä was having with its customers was about how to maintain the asset value and make vessels capable of being upgradable during their lifetime to capitalise on the development of fuels in the future.

“The whole discussion about future fuels has accelerated enormously in a fairly short time and we are on a totally different level of discussions than we were six to 12 months back,” he said.

DNV is also seeing an increase in customer flexibility, especially regarding newbuilds, according to Ms Sigrid Hammer.

There, the focus from DNV is also on implementing basic future fuel preparations that could ease a ship’s engine conversion to run on future fuels at a later stage.

But today’s concerns are still mainly on complying with upcoming carbon intensity reductions, which the International Maritime Organization is expected to finalise in June.

“Because everything boils down to how the fleet and each ship can stay below the relevant carbon intensity reduction trajectory,” said Ms Sigrid Hammer.

With the IMO expected to adopt short-term emissions reductions measures in June, the regulatory focus could soon shift to more lasting action.

Mr Sterling echoed previous Maersk comments, saying that the IMO had been too slow to act and told the audience shipping could not depend on the IMO to set the pace for shipping’s decarbonisation.

“If we decarbonise too slowly, the whole concept of global trade, where you produce in one end of the world and consume in another end of the world, might be challenged by consumers in five, 10, 15 years’ time. And that’s the yard stick we need to use. It’s not the IMO and the pace of the IMO,” he said.

Mr Sterling also said Maersk welcomed the EU’s upcoming move to include shipping in its Emissions Trading System, in the absence of sufficient decision-making at the IMO.

“We see challenges when it [regulation] is regional, but we also see a necessity to get started,” he said.

The IMO will next month discuss a proposal to impose a $100 per tonne of CO2 levy on all ships.

Mr Sterling reiterated that Maersk supported a carbon levy as soon as possible and that the proposed levy was probably the minimum required to make future fuels cost competitive.