Ioannis Plakiotakis, the minister of shipping and island policy, said shipping was mourning ‘a great Greek’ 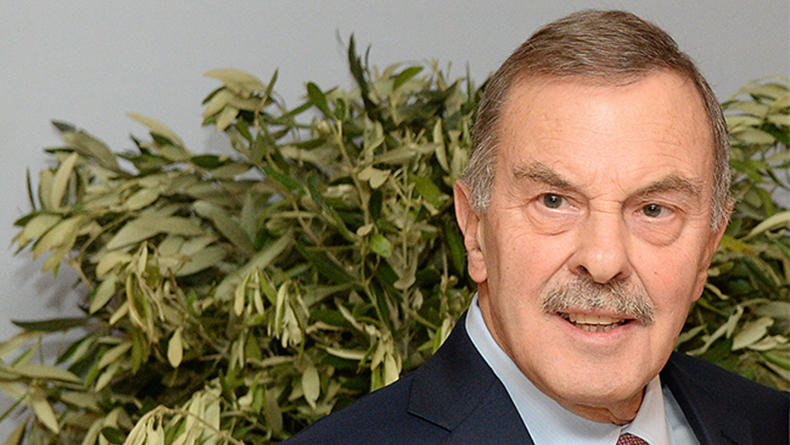 Angelicoussis: Instead of flowers or wreaths, the family have asked instead for donations to the state Nikea hospital close to Piraeus which was ‘supported by John and close to his heart’.

GREECE’s prime minister Kyriakos Mitsotakis has led the tributes to John Angelicoussis for his contribution to the national shipping industry as well as to health causes.

The reins of the business now pass to his daughter Maria, 39, who joined the group 12 years ago after initially training as a doctor in the UK.

“John Angelicoussis honoured the maritime tradition and our homeland in every way,” said Mr Mitsotakis. “Greek shipping is mourning its top captain.”

The prime minister hailed the shipowner specifically for raising the Greek flag on his vessels, moving his group’s headquarters to Greece and supporting the national maritime education system.

Mr Angelicoussis, whose death was announced at the weekend, started his career in shipping in 1973 when he joined his father Anthony Angelicoussis, the founder of the family shipping company

He was also a quiet supporter of Greece’s health system with donations “whenever needed, as in the recent pandemic”.

Mr Mitsotakis expressed confidence that Mr Angelicoussis’ legacy was in “strong hands” and that Maria Angelicoussis would take the group forward.

Ioannis Plakiotakis, the minister of shipping and island policy, said shipping was mourning “a great Greek”.

The late owner was “an iconic personality in global shipping, with work and action that brought him for decades in the first places around the world,” Mr Plakiotakis said.

Mr Angelicoussis served for more than two decades on the board of the Union of Greek Shipowners and the body’s president, Theodore Veniamis, also paid tribute to him at the weekend.

“Greek shipping is mourning one of its brightest personalities,” said Mr Veniamis. “We have lost one of ours, a dear friend and peer.

“John Angelicoussis was a worthy follower of the traditions of the Greek shipping family and grew up in an intensely competitive international environment.

“He was recognised internationally for his successful business decisions and achievements.”

The International Chamber of Shipping offered “heartfelt condolences” and hailed Mr Angelicoussis as “a bold visionary” and “without doubt a giant, not only of Greek shipping, but of the global industry as well.”

ICS chairman Esben Poulsson said that “he created an iconic group of companies synonymous with quality and operational excellence.

“He devoted a lifetime to the industry he so passionately embraced, and on which he will leave such an enduring impression.”

According to multiple sources, Mr Angelicoussis’ funeral was due to take place on Monday, attended by “only a limited number of close family members in compliance with prevailing Covid restrictions.”

The family requested others to avoid going to either the church or cemetery “even from afar.”

Instead of flowers or wreathes, it asked instead for donations to the state Nikea hospital close to Piraeus, which was “supported by John and close to his heart”.

The family said that it was establishing a portal on the company website on which messages of condolence or memories of Mr Angelicoussis could be posted.

The deceased shipowner leaves a privately held group of 151 vessels including newbuildings across its dry bulk, tanker and liquefied natural gas carrier divisions.

The order book currently consists of 13 LNG carriers and six very large crude carriers. Of these, six of the new LNG carriers and two of the tankers are scheduled for delivery later this year.

While Greek shipping has gone from strength to strength in recent decades, the national ship registry has struggled and has been shored up by a limited number of major owners, the Angelicoussis Group chief among them.

The group’s fleet accounts for a third of the Greek-flagged fleet on the water and on order in terms of capacity.