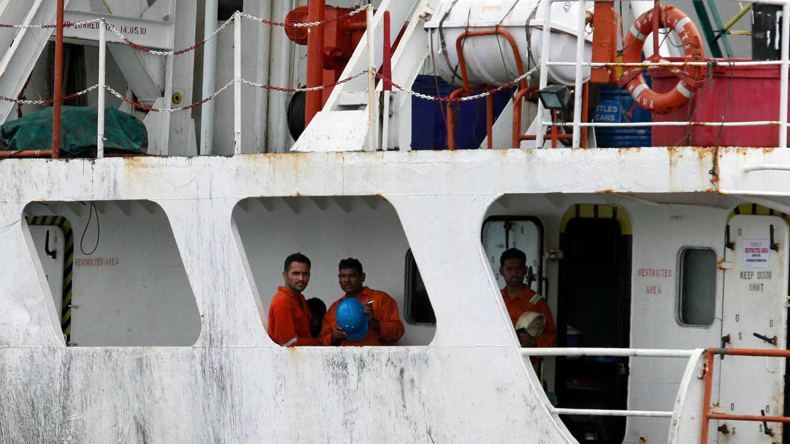 
Shipowners and managers are working to mitigate a second wave of crew-change restrictions that will worsen the humanitarian crisis at sea as rising numbers of Indian seafarers are blocked from key hubs.

Hong Kong-based Ed Buttery, founder of shipmanager Taylor Maritime, tells Lloyd’s List why New York and Oslo lost out when he was seeking a location for his IPO.

Lifecycle emissions of vehicles is becoming a major consideration for Volvo and will affect its existing supply chain strategies.


Scrubbers will discharge at least 10bn tonnes of “acidic” and polluting washwater into the sea annually, the International Council on Clean Transportation has warned.

The marine use of liquefied natural gas can lead to a net emission reduction even after factoring in methane slip risk, according to a senior Total executive in a retort to a World Bank call to halt marine investments in the super-chilled fossil fuel.

The Islamist insurgency in northeastern Mozambique and Russia-Ukraine tensions are emerging as possible risks to shipping, with West African waters still the most dangerous despite a lull in piracy.


Weather, like geopolitics, can cause inefficiencies in the global supply chain and this is not always welcome news for shipowners and freight rates.

Moves to rid container shipping of some of its more archaic paper-based processes have taken a further step forward with Mediterranean Shipping Co introducing a blockchain-based electronic bill of lading.


Three of the crew on board Ever Given are to be relieved as the ship remains under arrest in Egypt.

The Australian Maritime Safety Authority has sanctioned a bulker for failing to comply with regulations.

Cosco Shipping Ports has agreed to dispose of its stake in a Chinese container terminal as the company aims at further global expansion.

Shortsea shipping is set to continue to benefit from the fallout from Brexit, with Italy’s Grimaldi the latest to offer a direct link between Ireland and mainland Europe.

Industry veteran Nils Aden has returned to his roots after taking on the managing director role at German shipping group Harren & Partner.

Taylor Maritime Investments is seeking to cash in on the surge in dry bulk with an initial public offering on the London Stock Exchange.