This spill — whose perpetrator has yet to be definitively identified — has met with recrimination rather than collaboration. Rationality must prevail over bellicose impulses, however deeply ingrained

Help Lebanon surmount immediate crisis, establish the facts, then seek redress through the Civil Liability Convention. Most of all, prefer remedy through international law to more precipitate means 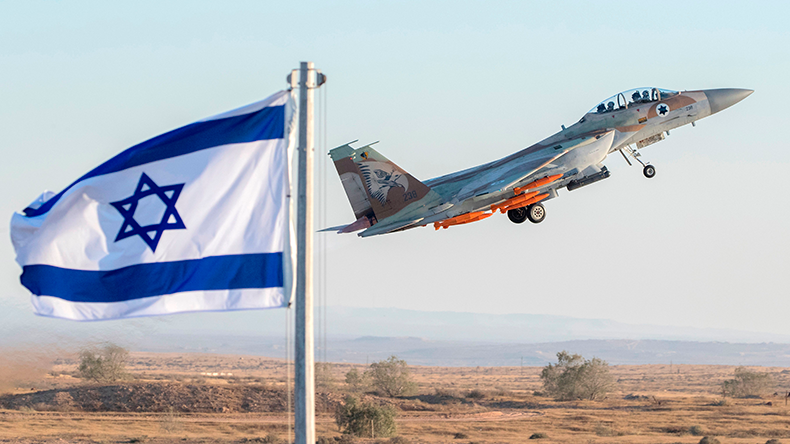 Source: JACK GUEZ / AFP via Getty Images Although military intervention can be frequent in the Middle East, international law would be preferable to any such activity.

REGRETTABLE though any oil spill is, the one that occurred in the eastern Mediterranean last month was not large.

Israeli and Lebanese residents whose livelihoods have been impacted will naturally be furious to see a sentence like that in a shipping publication, but hear us out.

At an estimated 1,000 tonnes, the volume of black gold currently washing up on their shores is minimal compared with Exxon Valdez (37,000 tonnes), Prestige (63,000 tonnes) or Torrey Canyon (80,000 tonnes), to use just the minimum estimates for those three notorious incidents.

In other words, this is precisely the sort of meat and potatoes spill that should be amenable to standard procedures for immediate containment and rapid clean up.

The bill for the necessary work — and appropriate compensation for lost fishing and tourism revenues — can then be totted up and processed through shipping’s international convention-based insurance and compensation arrangements, which are perhaps unnecessarily complicated, but not ungenerous.

In many parts of the world, nation would speak peace unto nation, with regional states coming together to share response capacity, mindful that it could anybody’s turn next. That is not the way of the Middle East.

This spill — whose perpetrator has yet to be definitively identified — has met with recrimination rather than collaboration. Rationality needs to prevail over bellicose impulses, however deeply ingrained.

Israel is a first-world state with sufficiently deep coffers and prior preparation to hose down its beaches.

Lebanon, still coming to terms with the Beirut blast and the subsequent tide of popular disaffection, is not.

“Lebanon does not have the capacity to address this environmental disaster and limit its incessant repercussions,” the country’s perennially weak government has reportedly told to the United Nations, lodging an appeal for technical assistance.

Despite the depredations of Hezbollah and other armed militias, simple humanitarian imperatives demand that Lebanon gets the help it patently cannot do without, and gets it immediately.

Once the mess is sorted, the next task will be to establish facts. Israel has rescinded earlier suggestions that the spill was caused by a reputable Greek shipowner, and is now blaming Iran for both the spill and a recent series of explosions on an Israeli-owned car carrier.

Lebanon has blamed Israel, without evidencing the assertion. We were not at the time of writing aware of Iran’s official stance.

Israel’s finger is pointing at Emerald (IMO: 9231224), a 2002-built 112,679 dwt tanker Greek-owned, Indian managed and Iranian-insured tanker that at the start of last month was engaged in carrying Iranian crude to Syria. The P&I provider is a hitherto-unknown entity.

Data from Lloyd’s List Intelligence shows the contention is plausible, at least in so far as the ship was in the right place at the right time.

Lab tests of samples from the vessel and samples from the spill, which could be conducted simultaneously in multiple countries to ensure scrupulous fair play, would quickly put the question beyond doubt.

If parties connected with Emerald proclaim innocence, they will naturally want to co-operate with such an exercise. Should the blame lay at Emerald’s door, the dispute can be resolved in line with the Civil Liability Convention.

If Emerald is not to blame, the hunt must go on until the culprit can be ascertained, and again, settlement reached.

What if Jerusalem is correct to insist that this was a deliberate act?

Certainly there are regional precedents for what Jerusalem styles ‘environmental terrorism’, not least Iraq’s setting fire to hundreds of oil wells during its scorched earth retreat from Kuwait in 1991.

As a result, there is now a substantial corpus of international law governing such situations.

If there is culpability, Israel would do better to seek redress through those channels rather than more precipitate means, whatever the populist temptations in a pre-election period to the contrary.

As we argued at the beginning, the recent oil spill in the eastern  Mediterranean was small; there is no sensible reason to make its political ramifications unduly large.