The pandemic has shown up the weakness of current container freight contracts that offer no compensation for rollovers or no shows. Carriers are now seeking more certainty over volumes 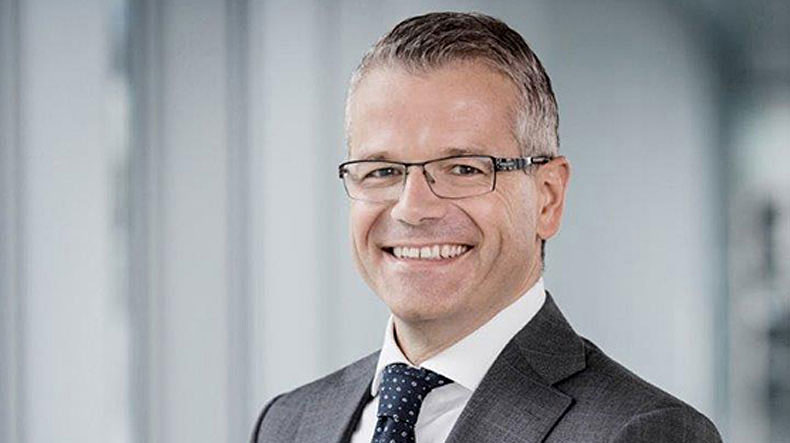 Clerc: Expects 100% of contracts to be mutually enforceable in five years.

AS THE annual transpacific contracting season gets under way, container lines are looking for more stability and commitment from customers in an effort to get better insight into demand and avoid the instability in the market witnessed over the past several months.

“We expect that in five years close to 100% of our business will be based on two-way commitments,” said Maersk ocean and logistics chief executive Vincent Clerc. “It makes sense that we have a clear view on what we’re going to do for each other and there are ways to do that that are very compelling for customers.”

Speaking at the Journal of Commerce’s TPM conference, Mr Clerc said that the company’s Maersk Spot product, which offers a guaranteed slot at a fixed price, had found a market and grown well ahead of expectations.

“It represents more than half of what we do in the short-term business in many markets,” he said. “That percentage is continuing to increase as the value proposition is compelling to a large part of the market.”

But the Maersk Spot product alone could not satisfy all customer requirements.

“There is a need for us to develop a product family that can address the different expectations that customers have,” said Mr Clerc. “It is not Spot that is the future, but having two-way commitments across different models that deal with what customers expect to have is important.”

Hapag-Lloyd has also moved to ensure there is a two-way commitment between shipper and carrier.

“I believe it is important that carriers and shippers start making contracts with each other where we both commit to what we say,” said chief executive Rolf Habben Jansen. “We just launched what we call the quality freight product, which means that both shipper and carrier commit to their side of the deal.

Containers that are not supplied or not shipped will require compensation to be paid by either side.

“I believe in going more in that type of direction,” Mr Habben Jansen said. “It makes a lot of sense. In the perfect storm that we have seen over the past couple of months, we have seen that the traditional contracts are increasingly challenging.

“On the one hand, you see a lot of changes on the carrier side, with ships that need to be changed. But on the other hand we have also seen no-shows that have been at 30%-40%, which makes it difficult to plan, especially when the market is very hectic.”

That predictability of demand is critical to ensuring a way out of the current crisis, according to Ocean Network Express chief executive Jeremy Nixon.

“In terms of the contract market, we are trying to honour space commitments,” he said. “We accept that sometimes factory production can change and sometimes ships don’t come in on schedule, but within a very high tolerance level we should be able to do that.

“In terms of the spot market, now there are specific mechanisms coming forward that say, ‘I commit to this many boxes on this particular ship at this rate at this time, and if I fall short of that, this will be the consequence’.”

Better insight into what was coming down the line could help prevent the chaos that had ensued from the recent surge in cargo demand, he added.

“The pandemic was an extraordinary event for all of us,” said Mr Nixon. “What we need to try and do is be better at forecasting and trying to work that through with our shippers, BCOs and freight forwarders, and try to predict three or four months out when we see some demand changes happening.”

Mr Clerc said it was unwise for shippers to go into the current negotiating period in search of the best possible price.

It was more to have a business conversation to understand the desired outcomes before getting into a procurement discussion, he said.

“The transactional price-based discussion alone is never a good idea, but especially this year is not really going to lead to the outcome you want.”

Shipping will need to manage uncertainties as pandemic recedes

US exporters look to guarantees for shipments