Latest renewal round is off to a slow start, with IG affiliates quoting late. But Asian owners renewing with alacrity, ahead of the Lunar New Year

‘We cannot run away from what is happening in the pool in the last three years. We have not seen such an accumulation for many, many years. It has to be paid,’ warns Lars Rhodin 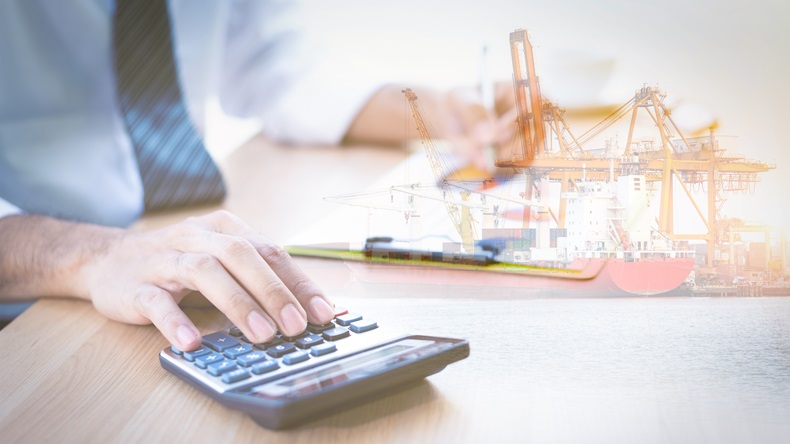 Source: tonton/Shutterstock.com Most International Group affiliates are currently seeking higher insurance premiums in the order of 5-10%.

P&I CLUBS are taking a tough line in the current renewal round, in which most International Group affiliates are openly seeking higher premiums in the order of 5%-10%, although some could cave in before next week’s deadline, a senior figures in the sector said.

The comments reflect the element of negotiation inevitably involved in renewal season, in which brokers tend to review initial quotes as an opening position, and then seek to whittle down the outlay on behalf of clients.

Last year, for instance, the declared going rate price hike was around 7.5%. In practice, many underwriters settled for “three, maybe three and a half-ish,” according to one broker at the time.

This time the gamut runs from 5% at Shipowners, Steamship, Swedish Club and the American Club to 7.5% at West and 10% at Standard, London, the UK Club, Japan Club and North.

Two clubs have said they will seek additional premiums via ship-by-ship pricing, with Gard aiming for between 2.5% and 5%. Britannia is seeking high single digits in terms of percentage points.

‘The last three years have been very bad for the pool... If we have another bad year next year, you’re going to see the clubs starting to really struggle’ — senior P&I executive

The round is off to a slow start, with clubs tending to quote late because of the extra time involved in drawing up higher quotes. But Asian owners are said to be renewing with alacrity, on account of the Chinese new year.

There appears to be little churn at this stage, although some owners are expected to switch clubs next week and others may split fleets to obtain keenest pricing.

“Clubs — not only us — are holding out. There have been four or five years without increases, and some clubs started last year,” he said.

Factors at work include escalating pools claims, which Lloyd’s List reported are likely top half a billion dollars this year, with earlier years continuing to deteriorate.

“We cannot run away from what is happening in the pool in the last three years. We have not seen such an accumulation for many, many years. It has to be paid.

Among this year’s standout casualties will be ONE Apus, the Japan Club-entered 14,000 teu boxship that suffered a massive container stack collapse en route to Long Beach last August, with the loss of 1,900 boxes.

Mr Rhodin described that yardstick as far too low, and for vessels laden with manufactured goods ex-China, the $120,000-$130,000 range is more applicable. That means the payout for containers alone on ONE Apus could be in the order of $250m.

On top of that, there is general claims inflation, which is currently running at 2%-3% per annum, Mr Rhodin went on.

Needless to say, shipowners are not keen to pay more, and the marine mutual is at pains to explain its need for more money. At least for now, it claims to be on target for what it set out to achieve.

“We normally have a renewal rate of 98% or something in that region, and so far we have had no loss that we did not want to have,” Mr Rhodin said.

Indeed, the Swedish Club may even be able to trumpet a gain in tonnage once firm figures are at hand, mainly due to growth in the course of the year rather than at renewal.

Another P&I club chief executive, who preferred not to be named, said: “All the clubs have openly said there is an underwriting deficit across the whole industry and rates are not adequate to cover the deficits we all have.”

His club’s claims experience has also pointed to high levels of claims, including for larger cargo losses and FFOs — to use marine insurance jargon for fixed and floating objects — and that’s before getting to the pool.

His club has also opted for a general increase, even though some of its rivals have abandoned the concept in favour of ship-by-ship pricing.

But the chief executive believes that GIs are valid for mutuals, especially when additional premiums are applied on the basis of loss records.

“For those clubs that choose to have a general increase, it’s one of the tools that underwriters use to try and negotiate rates up.

“It can be a starting point, in that you build in an additional premium, so you can have GI plus 5% for record or 10% for record, or whatever.”

No owners pay what they should pay, and sometimes for good reason, he argued. If owners have had a claim for many millions, they can’t be expected immediately to address the deficit.

“This is mutuality. Another year, someone else has that claim and it’s absorbed by their peers. You can never get the rates exactly, so there will always be some who feel more hard done by than others.”

According to the chief executive’s feedback, a number of the clubs that have chosen not to declare general increases have actually been more aggressive in their quest for increases in rates than those with GIs.

If there is going to be much movement, most of it will come next week, especially if some clubs espy what they see as a chance to grab market share through undercutting others.

“I’m hearing more and more from brokers that clubs are starting to collapse and agreeing terms. We’re trying not to, we’re trying very hard to keep a tough line.”

Vessel operating costs at highest since 2007

Shipowners’ Club to concentrate on small craft specialism in renewal round