The latest industry effort to stem the crew change crisis that has spiralled into a full-blown humanitarian crisis at sea pledges co-operation and shared responsibility from the coalition of the willing. But the persistent problems require the rhetoric to be matched with action, and the unwilling to be called out

How many chief executive officers does it take to change a crew? More than 500 supply chain heavyweights have now signed up to the Neptune Declaration pledging to smooth seafarer passage on and off ships, but crew change restrictions are tightening and can no longer be considered a short-term issue that will evaporate with a vaccine 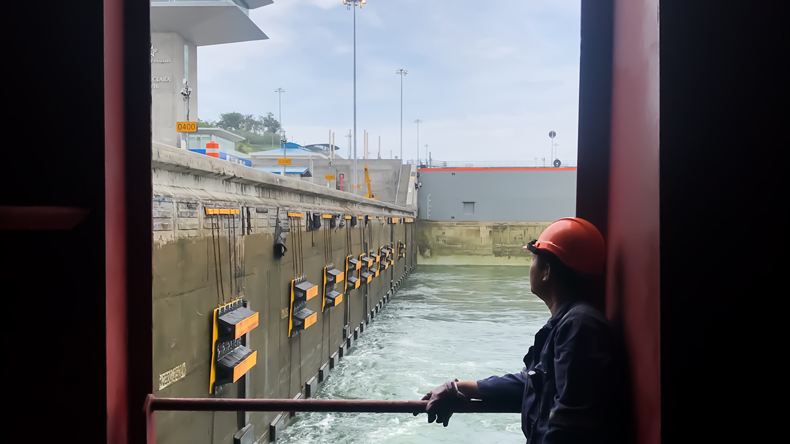 Source: Shutterstock.com It is a misguided idea to think that uptake of a vaccine would solve the problems related to the crewing crisis.

THERE is a disconnect at the heart of the shipping industry that has spiralled into a full-blown humanitarian crisis at sea with no end in sight.

What is being said publicly too often does not align to the reality of what is happening in practice.

Despite the best efforts of international organisations, unions, companies and some governments to resolve the issues that have left hundreds of thousands of seafarers stranded working on board ships well beyond the expiry of their initial contracts, the situation is getting worse not better.

Travel bans in response to new strains of coronavirus make every planned crew change a moving target, subject to rules that change arbitrarily on a daily basis and that are applied unpredictably.

What governments say one day and what specific government departments do the next day are rarely consistent. In most major port states, ministries of health, security and immigration are still routinely at odds with the peaceably more understanding noises being made inside transport departments, which rarely wield sufficient political clout to align efforts.

But this crisis cannot be attributed solely to bureaucratic conflicts.

Safe crew change plans with seafarers recognised as key workers have been proven to work, but the reality is that they are being applied inconsistently by a fragmented industry that is nowhere near a uniform gold standard in such matters.

Some owners are making extraordinary efforts to rotate crew, despite an estimated tripling of crew change costs over the past year barely accounting for the cost of the current chaos. But too many are either unwilling or unable, and as is often the case, the industry is dividing itself into the good, the bad and the barely compliant.

The solemn pledges from those agreeing that this crisis requires a shared responsibility are too often at odds with the routine refusal of charterers to fix ships with crew change commitments, lest they be found liable for costly delays courtesy of seafarers who are contractually not their problem.

These issues are not black and white. Those seeking to scapegoat all charterers ignore the practical complexity of the situation and the genuine efforts being made by many. The assumption that all shipowners are going above and beyond the call of duty for their crew is sadly not always the case, but it is thankfully true of many.

The Neptune Declaration, a pledge that has now been signed by more than 500 companies from across the supply chain, is a positive exercise in aligning industry efforts and recognising shared responsibility. It addresses the right topics and the added corporate heft and visibility it lends to existing international efforts seeking resolutions daily to ease the burdens on crew can only be welcomed as a good move.

Whether it will succeed where so many other efforts have failed to put an end to the crew change crisis without any risk to the general public health now sits with those chief executives who have signed the declaration.

Addressing the gap between what they are pledging and what is being delivered is now the priority. Those 500 companies must be held accountable and seafarers are looking for deeds, not words.

But it is also time to face the reality that there is no silver bullet here and even if the puff of press releases being pumped out in support of the Neptune Declaration were to translate into tangible action, this crisis would not be resolved.

The unpalatable truth is that, for now at least, seafarers have been left bearing the brunt of pandemic constraints and this is what maintaining a global supply chain looks like.

The lingering concern at the back of everyone’s minds is that there is another crewing crisis yet to emerge that will hit when those seafarers currently at sea do get home, many will decide not to return to work.

The Lloyd’s List Podcast: Is the crewing crisis getting worse?