While crew protocols have already been adopted internationally, they have not been consistently implemented in practice. The Neptune Declaration aims to tighten implementation and add pressure on governments to facilitate crew changes

Over 300 companies pledge to tackle the ‘shared responsibility’ of crew change, but questions are raised over charterer commitment to the cause and whether revamping existing protocols with added corporate heft and slicker publicity will be enough to succeed where others have so far failed 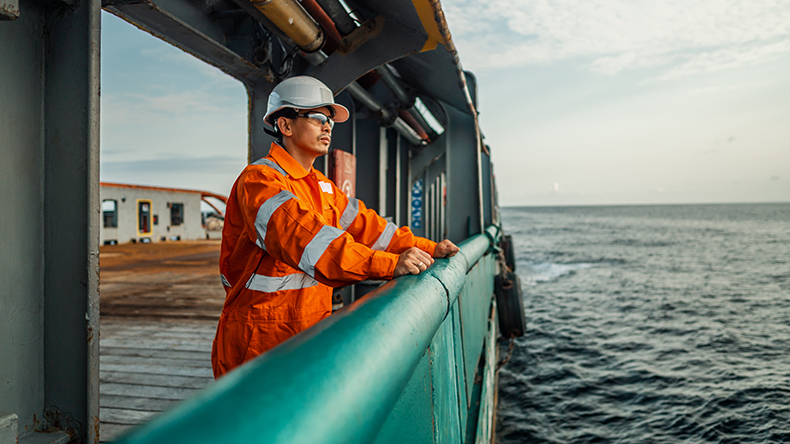 Hundreds of thousands of seafarers from across the globe have been left stranded working aboard ships beyond the expiry of their initial contracts and are unable to be relieved since the outbreak of the coronavirus pandemic.

OVER 300 companies from across the maritime supply chain have signed up to the latest industry initiative to tackle the persistent problems preventing crew changes that have grown into a humanitarian crisis at sea affecting hundreds of thousands of seafarers globally.

The Neptune Declaration on Seafarer Wellbeing and Crew Change, launched under the auspices of the increasingly influential coalition of companies aligned under the Global Maritime Forum, sees 314 signatories representing shipowners, shippers, unions, non-governmental organisations and some governments pledge a series of actions to facilitate crew change and keep global supply chains functioning.

The commitments included in the Neptune Declaration in large part reprise key elements from existing industry initiatives and protocols, albeit with a tightened approach to consistency promised to tackle perceived gaps in implementation.

The significant difference promised in this latest high-profile effort, launched to coincide with this week’s World Economic Forum for maximum publicity, is the volume and influence of those involved and the headline commitment to tackling crew change as “a shared responsibility” across the supply chain.

High profile names including AP Moller-Maersk, BP, BW, Cargill, COSCO, Shell, Trafigura, Unilever and Vale will ensure the declaration’s visibility and add some much-needed corporate heft to a problem that has struggled to sustain a political profile outside of industry circles for more than a few news cycles.

The companies backing the Neptune Declaration have also promised to “increase collaboration between ship operators and charterers to facilitate crew changes”.

While the detail included in the declaration contains minimal commitments for owners and charterers beyond well-established industry best practice, the inclusion of chartering has proved controversial due to several major charterers still either refusing to fix ships with imminent crew-change requirements or demanding that crew changes are postponed in order to avoid costly disruption to voyages.

As Lloyd’s List reported last week tension has been rising in industry circles over the balance of responsibilities between owners who employ crew and charterers who contractually bear no responsibility for the ship operations.

While the Neptune Declaration is intended to present a united industry front on the crew change issue and promote “a shared responsibility”, the notable absence of several large charterers from the launch group of 314 companies is “disappointing”, according to several officials directly involved in the Neptune project.

Those charterers represented in the initial list of 314 companies argue that the declaration is an encouraging step forward, bringing together industry leaders who are committed to taking action. There is also some optimism that others may join the initiative beyond the launch.

“I was a little bit disappointed to see that we were one of the few who's actually willing to stick our neck out on this,” conceded Jan Dieleman, president, Cargill Ocean Transportation. “But we believe it is essential that all parties in the supply chain — industry, government and non-governmental organisations — work together to find solutions that support the wellbeing of seafarers during the Covid-19 pandemic… Our top priority remains not only getting crews off board but also ensuring they are able to travel home safely,” said Mr Dieleman.

Following the initial splash of publicity created by the launch, attention will quickly turn to lobbying efforts and renewed pressure to prove that seafarer crew changes can be conducted safely. Here the declaration will in large part be reinforcing the messages already being consistently issued by a united coalition of industry bodies and the International Maritime Organization.

While high-quality health protocols have already been adopted internationally, they have not been consistently implemented in practice, argue members of the Neptune task force who coordinated the declaration. This has led authorities to perceive seafarers as a Covid-19 risk, which has limited the possibilities of crew changes.

“The real crux of the issue is that crew change is difficult and risky and that’s what we wanted to address,” explained Jeremy Nixon, chief executive of ONE and one of the principal backers of the Neptune effort.

“The industry has collectively done a reasonably good job to date, but no crew change is perfect and there have been cases of Covid amongst crew. So we've got to put some real structure together to make sure the crew change works every time — that's what the Neptune Declaration is all about,” said Mr Nixon.

“We have to do this because are witnessing a humanitarian crisis at sea,” said Mr Nixon.

“Throughout the coronavirus pandemic, seafarers have kept the world supplied with food, energy and other vital goods, with no line of sight of when to go home to their families. They have become hostage of the situation and unable to disembark from their ships. Yet, we can put an end to the crew change crisis without any risk to the general public health,” he said.

The full text of the Neptune Declaration and the complete list of signatories can be accessed here.

The Lloyd’s List Podcast: Why shipping still needs to focus on human rights at sea