Between the lines: Carriers reap rewards of extended peak season

The ‘peak’ cargo season, which traditionally winds down by Golden Week in early October, has lasted through to December

With freight rates soaring on nearly all trades and ships sailing fuller than ever amid exceptionally strong demand, the major container shipping lines enjoyed a strong third quarter 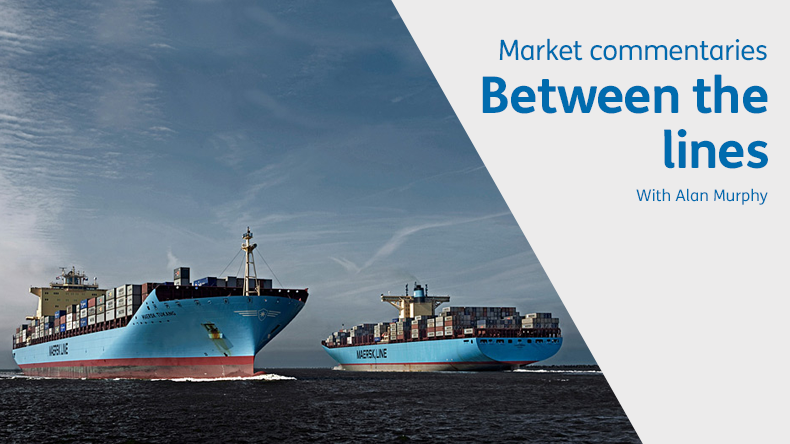 Most carriers recorded double-digit year-on-year revenue growth in the third quarter of 2020.

FROM a carrier financial perspective, the second quarter of 2020 was rather interesting. Even though the pandemic was at its peak in the early part of the second quarter, the financial impact on container line shipping was not as bad as initially anticipated.

On the contrary, all global container lines that publish financial figures recorded a positive operating result. Even HMM, which had not returned a positive second quarter since 2010.

The third quarter is even more intriguing, as the ‘peak’ cargo season, which traditionally winds down by Golden Week in early October, seems to have extended all the way into December.

Freight rates are soaring in nearly all trades, we are seeing unprecedented capacity growth on the transpacific, ships are sailing fuller than ever, containers are getting rolled in hubs, and the overall demand seems to be exceptionally strong.

In this issue of Between the Lines, we will analyse the financial and volume performance of the shipping lines that report on these figures for the third quarter of 2020, and see how they have fared in what looks to be a financially strong third-quarter for the container lines.

Financial and volume performance of carriers in Q3 2020

This analysis covers all global shipping lines that publish financial figures, either from a dedicated financial report filling, an official earnings release, a stock exchange filing, or any other official sources. The following are a few major methodological choices we have made:

• As we wish to compare the operating performance of the shipping lines, we have used the carriers’ earnings before interest and tax if these figures were published. If these were not specified, we have used operating profit or container line segment income.

• Since its inception, ONE has not reported its ebit, choosing instead to report its net result. However, in the third quarter of 2020, it reported on its ebit, but we have elected not to mention it in table A2 as there is no comparable figure from the previous years. Furthermore, ONE has a fiscal calendar that runs from April to March. As such, we have taken its second quarter figures for 2020, matching the carriers that use the conventional calendar.

• Regrettably, Maersk has stopped reporting the ebit of their ‘Ocean’ segment and are instead reporting earnings before interest, tax, depreciation and amortisation. While it could be argued that ebitda is a better measure of operational performance in an asset-heavy industry, it fails the more important aspect of comparability, as only a few other carriers report ebitda. You cannot compare ebit with ebitda, as the depreciation and amortisation costs would seriously disadvantage the companies reporting ebit. This means that for Maersk we have had to use the group’s ebit from the first quarter of 2017 onwards instead of the ‘Ocean’ segment, while 2010-2016 is based on the ebit for Maersk Line.

• As CMA CGM had fully integrated CEVA by April 10, 2019, we now have two comparable third-quarter periods where CEVA was fully integrated in both, so we have decided to compare CMA CGM including the financial impact of CEVA.

• Lastly, all figures have been converted to US$ according to the exchange rate valid on September 30 of the respective years. The detailed methodology underlying this analysis covers several more pages, and we refer any interested readers to the methodology section of the second article of issue 492 of the Sea-Intelligence Sunday Spotlight.


Most of the shipping lines recorded double-digit year-on-year revenue growth in the third quarter of 2020, with Maersk and Hapag-Lloyd the only carriers to record a revenue decline.

Hapag-Lloyd and ONE are in a revenue niche of their own, with third quarter revenues of $3.1bn and $3.6bn, while both Evergreen and OOCL recorded revenues of about $1.9bn.

Looking at year-on-year revenue growth, HMM recorded the largest growth of 22.1%, followed by ZIM, with an increase of 20.3%. Another five shipping lines recorded an annual revenue growth in double-digits. As mentioned earlier, Maersk and Hapag-Lloyd were the only shipping lines to record a revenue contraction, of -4.1% and -0.5%, respectively.

Both Maersk and CMA CGM towered above the rest, with ebit of $1.3bn and $1bn, respectively. For Cosco, the past few years have been a noticeable improvement over the 2010-2016 period, where it had only two positive third-quarter results.

While we have included ONE’s net result in table A2 as this is what it normally provides, it did provide the third quarter ebit for 2020, which was $603m, placing them above Cosco. Wan Hai recorded the smallest third-quarter ebit of $67m, and along with Hapag-Lloyd, is one of the only two carriers to not have seen a negative third quarter in the entire period.

Global volume developments were very varied across the shipping lines in the third quarter of 2020. Maersk transported 6.6m teu in, recording a -3.6% contraction on-year. CMA CGM on the other hand, recorded 1.1% growth in global container volumes to 5.6m teu.

OOCL recorded the largest on-year volume growth of 9.5% to nearly 2m teu, followed by Cosco with volume growth of 5.6% to 5.1m teu. Hapag-Lloyd transported just shy of 3m teu in the third quarter of 2020, recording a decline of -3.4% on-year. ONE transported slightly higher volumes at 3m teu.


Looking at the carriers’ ebit per teu, the larger container lines have had a clear advantage over the smaller carriers, with Maersk, CMA CGM, Hapag-Lloyd, and more recently Cosco recording positive ebit per teu consistently.

Cosco recorded the smallest third-quarter ebit per teu of $78. For carriers such as HMM and Yang Ming, there was a sharp departure from earlier years, whereas for carriers like Maersk, Cosco, and Hapag-Lloyd, there has been a recent trend of increasing ebit per teu for every passing third quarter.

Alan Murphy is the chief executive of consultancy firm Sea-Intelligence

Between the Lines: Carriers ramp up transpacific capacity despite Golden Week