The Lloyd’s List Podcast: The 100 most influential people in shipping

The Lloyd’s List editorial team offer a behind the scenes insight into the arguments, stories and process that fuelled this year’s edition of the annual Top 100 ranking of influence in shipping #LLTop100 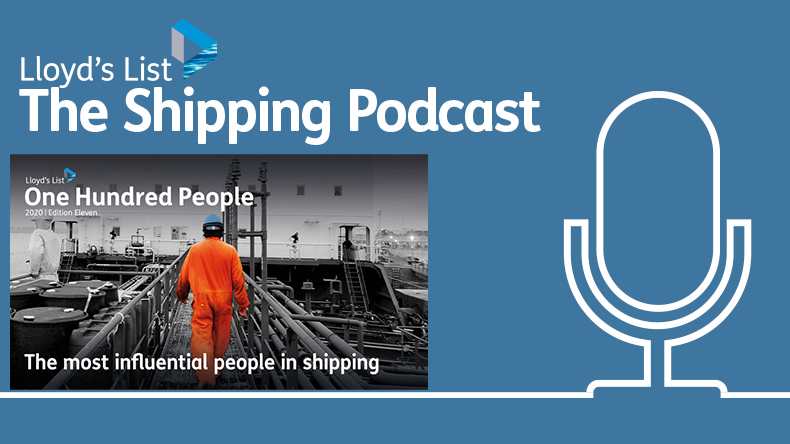 IT’S that most wonderful time of the year.

The Lloyd’s List editorial team have been making a list, they’ve checked it twice they’ve been very busy finding out who’s been naughty or nice this year.

The Lloyd’s List Top 100 annual ranking of the most influential people in shipping is finally here.

This is the eleventh edition of the list that makes no bones of its subjective assessment of the real influencers in shipping. And the stories and personalities shaping shipping have in many ways changed completely over that period, but the rationale remains resolute.

Each year the editorial team, over the period of several months, enter into an often tense debate and these brave truth seekers fight it out amongst themselves, arguing their cases to ultimately produce the most important list of the year.

We have said since the start that influence in shipping is not just a question of size, money or number of ships; it is about people and the decisions that they make. And that remains the case.

As subjective as this list obviously is, taken in its entirety, the stories of these 100 figures, and the sub-lists of top 10s in individual sectors, is the real story of shipping. It reflects the dynamics and tipping points in the market each year that are directing the industry and read as such it is, in my humble opinion, a very worthwhile project and a rip-roaring read to boot.

But before you delve into the list which is available in its entirety online now, we thought we would bring you some of the editorial voices behind the list to explain our rationale and the story behind shipping’s most eagerly anticipated publication.

We start the podcast this week with the Top 100’s editor Linton Nightingale and chair of our editorial board, Janet Porter. We also have the view from Asia with our China Editor Cichen Shen and quick word on the big-ticket regulatory influencers from our professional IMO botherer, Anastassios Adamopoulos.

To read this year’s list head straight to Lloydslist.com/Top 100