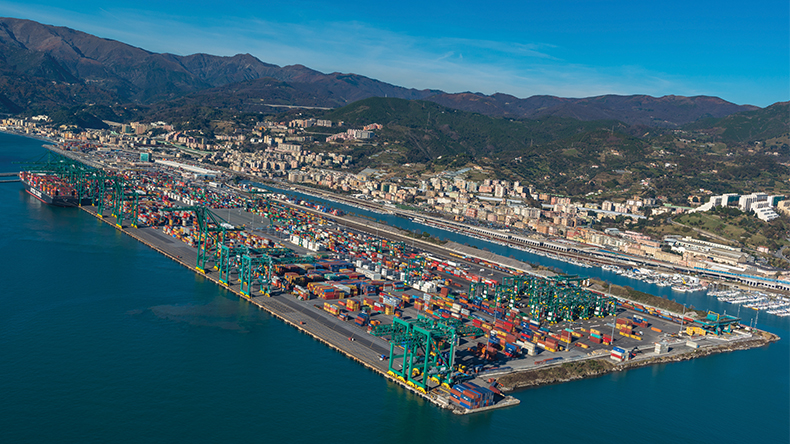 GENOA is set to extend its focus beyond the domestic market to take in northern Europe, and now sees its main competition as the north Continent range rather than rivals in the Mediterranean, the head of northern Italy’s main port authority has revealed.

However, it will need until 2021 to claw back the throughput it has lost on account of the coronavirus pandemic this year, Paolo Emilio Signorini said.

Boosting those efforts will be the newly built Calata Bettolo Container Terminal, which handled its first ship at the end of May, and the opening of a new bridge to replace the Ponte Morandi, which collapsed in 2018.

The Genoa port complex has traditionally positioned itself as primarily a gateway facility for industrialised northern Italy rather than a transhipment point, and handles almost a third of the Italian container market.

However, industry observers point out that volumes are not keeping pace with other major Mediterranean gateways, such as Algeciras and Valencia, while Piraeus is expanding rapidly.

“With the opening of the new bridge in August that accessibility is much better than before the collapse,” said Mr Signorelli, who is president of Ports of Genoa, which includes Savona and Vado Ligure as well as Genoa.

However, Aponte-owned Calata Bettolo will not be fully operational until completion of publicly funded work on a breakwater, which has yet to commence.

The planned work should be completed in 2025 or 2026, at which point Genoa should be able to accept the latest generation of boxships.

The latest edition of the annual Lloyd’s List Top 100 container ports feature ranks Ports of Genoa at 74 worldwide, albeit treading water at 2.6m teu for the past two years.

But the port has made no secret of taking a heavy hit from the pandemic, and Mr Signorelli concedes that throughput for all cargo types from January to October is down 16% compared with the same period last year.

There has since been some degree of recovery, but a double-digit decline looks likely for the year as a whole.

However, he said any loss of ground to other Mediterranean ports, for instance through the diversion of feeder traffic, was not his top concern.

“I don’t really think we are in competition with Piraeus, which is basically a transhipment port, which is not the case with Genoa.”

Piraeus will find it hard to position itself as a gateway for central Europe, because of relatively poor road and rail connectivity, he added.

“For now, our markets are in northern Italy and it is very difficult for other ports to compete with Genoa,” he said. “The real trouble for Genoa is trying to compete for some markets beyond the Alps, and our real challenge is ports in the northern range.”

While such a strategy puts Genoa head to head with such giant ports as Hamburg and Rotterdam, a rail link between Genoa and Rotterdam is planned from 2024, which Mr Signorelli believes will enhance competitiveness in northern Europe.

“We will collaborate with these ports, so I don’t think it’s going to be an aggressive competition. That is natural, in order to serve this market better.”

Mr Signorelli envisaged an eventual situation in which southern ports would serve 15% to 20% of the northern European market.