Greek Shipping Awards 2020: What’s all the commotion about?

This year’s virtual edition of the Lloyd’s List Greek Shipping Awards event in Athens may lack the din from 1,200 people in a room gathering together, but the online ceremony will seek to preserve other aspects that have made the event popular as it pays tribute to the year’s high achievers in Greek shipping

Participants at the Greek Shipping Awards know no national shipping community is more exposed to international trading conditions than Greece’s, by virtue of its size and cross-trading character.

WE DON'T want to give away any spoilers, but there is one traditional feature of the annual Lloyd’s List Greek Shipping Awards that is most unlikely to be preserved in the first virtual rendering of the event, streaming this Friday.

That is the noise that comes from putting 1,200 people into an Athens hotel ballroom, enabling them to exchange views about business or just catch up with old friends on the cusp of the Christmas season.

That — probably — is not going to happen in this year’s online incarnation of one of international shipping’s most popular events.

The noise levels — which over the years have often dipped mysteriously for especially respected speakers — are at one and the same time the most frequent complaint about the night as well as a signifier that guests are having a good time.

Either way, the Virtual Greek Shipping Awards 2020 offers the chance to pour a drink (depending on your time zone), turn up the volume and not miss a word!

In going digital due to the prohibition on social gatherings, the aim has been to preserve as many of the traditional elements of the annual gathering as possible.

And, yes, that will include beloved ingredients of live awards events such as sartorial extravagance, the occasional dress mishap and cheesy humour.

But for us the highlights of the Lloyd’s List Greek Shipping Awards year after year have been the speeches. It is always fascinating to hear what industry personalities choose to say during their moment in the limelight, and of course that is especially true of the winners.

It is fairly safe to predict that among the issues likely to be highlighted by the 18 Awards to be presented during the event on Friday evening are the industry’s battle against the effects of the coronavirus pandemic and shipping’s quest for energy efficiency and sustainability.

No national shipping community is more exposed to international trading conditions than Greece’s, by virtue of its size and cross-trading character.

About 99% of the Greek-owned fleet’s capacity is operating outside Greece at any given time, although the awards event does not forget the country’s strategic passenger line business that is focused mainly on home waters.

We received nominations for 200 different individuals and entities for this year’s Awards, underlining the strength and depth of the maritime industries in Greece.

They were adjudicated by a panel of esteemed judges broadly representing Greek shipping.

One of these, Hellenic Chamber of Shipping president George D. Pateras, voiced his regrets about the lack of in-person dinner event this week.

“For me, the awards are a really great networking event,” he said. “It’s always a very classy, up-market get-together and it’s something that people look forward to, and it’s also a good opportunity to get a table for staff.”

At the same time, though, he expressed trust in some of the other strengths of the event holding good for the 2020 virtual edition, especially the credibility of the Greek Shipping Awards scheme.

“Getting one of the awards does mean something and it’s a very proud moment for everybody who gets an award,” Mr Pateras said.

“The awards are very fairly distributed — which is refreshing. It’s not the case in all awards events,” he said. 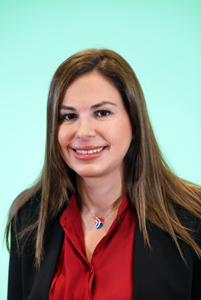 Eleni Polychronopoulou (pictured), who also served on this year’s judging panel as president of Hemexpo, the association of Hellenic Marine Equipment Manufacturers & Exporters, said the Greek Shipping Awards is viewed by many in the industry “like Thanksgiving” every year.

“At some stage, it became a 'must' to attend, not only socially for networking purposes, but to get the vibes and listen to people, especially when you have the chance to see them in a happy and relaxed mood.

“At the awards, you get to see everyone and can feel thankful that you are in this industry, that you are leaving your own little footprint in this great structure.”

Ms Polychronopoulou has been up on stage twice as a winner — once in 2013 when her company Erma First won the Technical Achievement Award for its ballast water treatment system and again in 2016 when Hemexpo was selected for the Piraeus International Centre Award, rewarding contributions to Greece as a maritime centre.

“It was a tremendous thing for us both times,” she said. For the company, it reinforced market trust in what was a relatively new product, while for the country’s marine equipment manufacturers it provided a timely boost. “The sector badly needed recognition and support,” she said.

According to Ms Polychronopoulou, a Greek Shipping Award always gives “great encouragement” to winners. While that may sometimes seem more important for service organisations, she shared the perception, gathered over years of attending the event, that this also goes for major shipowners who have won one of the awards.

The Virtual Greek Shipping Awards have not lacked support despite the decision to reimagine them digitally. This year’s event has a full portfolio of prestigious sponsors from both Greece and abroad, led once again by lead event sponsor ClassNK.

The 2020 Lloyd’s List Greek Shipping Awards are streaming online on December 4 at 18.30 Athens time at www.lloydslist.com and www.greekshippingawards.gr