While the rankings did not change in 2020 on the previous year, with Panama still leading, most flag states in the top 10 reported fleet growth amid a challenging coronavirus backdrop. Liberia led the growth story, followed by the Marshall Islands, while Greece recorded the steepest fall followed by Japan, Lloyd’s List Intelligence data show 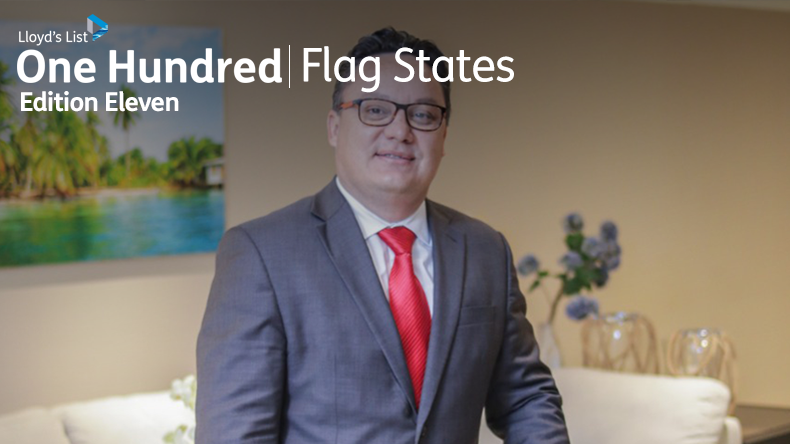 Panama continues to lead the way, recording a 4.4% growth to almost 235m gross tonnes in 2020 compared with the previous year, according to Lloyd’s List Intelligence data. That represents roughly 16% of the world fleet.

The growth comes as its vessel count rose to 9,596 ships as of end-October.

Under the leadership of Rafael Cigarruista, who was appointed director general of merchant marine in 2019, the registry offered electronic certificates with all the “cyber-security measures to avoid forgery.”

Mr Cigarruista has led a reorganisation of the flag and has updated processes, including its compliance policy, to improve its service offerings to all stakeholders including owners, managers, class societies and lawyers.

He has also taken a hard line on sanctioned vessels, proactively deflagging any for breaches such as tampering with vessel-tracking systems.

Having been a casualty investigator, one of Mr Cigarruista's priorities in shaking up the registry has been to respond to incidents more quickly; a case in point being the capesize bulker Wakashio, which hit a reef off Mauritius at the end of July 2020. A statement on its preliminary findings was issued in early September.

Liberia held onto its second position, recording a 9.3% growth rate to 188m gt as of end-October 2020 on the previous year, Lloyd’s List Intelligence data showed.

Its vessel count rose by about 268 ships, which made it the fastest growing of the Top 10 flag states.

“We continue this fast growth thanks in large part to the timely 24/7 global service we offer, the cost-savings advantages we offer, and the expert in-house team here,” said chief operating officer Alfonso Castillero.

He added that the registry was quickly able to adapt to the challenges of coronavirus, offering remote ship registration and delivery, as well as remote inspections to maintain safety levels as much as possible.

It opened new offices in Oslo and Houston in 2020 and expanded its expertise in liquefied natural gas. It also worked with Hyundai Heavy Industries on developing a new large-sized hydrogen carrier.

The flag has added to its leadership team, with two appointments in the Maritime Operations unit to help manage its growth, which has seen it close the gap on Panama, which is 45 gt ahead, versus 53 gt in 2019.

However, Liberia lost its eligibility for the Qualship 21 programme run by the US Coast Guard.

The Marshall Islands experienced growth of 4.9% to 171m gt in 2020, according to Lloyd’s List Intelligence, which includes all vessels over 500 gt.

The number of vessels rose by 150 at end-October on the year. Growth is the second-highest of the Top 10 list.

The Marshall Islands remains focused on sustainability and innovation, boasting the “youngest and greenest fleet on earth”, said its president William Gallagher, who has been with the registry for 20 years.

He added that this was the 16th consecutive year that the flag had qualified for Qualship 21 status.

With a decentralised structure of 28 offices around the world and an experienced technical team, the registry managed to navigate through the challenges posed by the coronavirus pandemic with remote inspections.

In October 2020, it hired Alexander Schultz-Altmann, formerly of the Australian Maritime Safety Agency, to strengthen its resources in the region.

At the time of writing, it had yet to produce its casualty report for the very large ore carrier Stellar Banner, which was scuttled off Brazil earlier in 2020 following a grounding.

Under the auspices of Agnes Wong, Hong Kong recorded a 1.6% increase to just over 130m gt, owing to a modest rise in the number of vessels registered, Lloyd’s List Intelligence data showed.

It said it passed the 130m gt mark towards the end of September and thanked companies for their support.

As part of the first phase of its development drive, it set up regional desks in Shanghai, Singapore and London to be able to provide owners and operators with “more prompt and direct support” in terms of ship registrations, maritime conventions compliance and in handling emergency matters.

Despite coronavirus, it managed to complete a number of vessel quality control audits in these hubs.

To maintain quality during the pandemic, the marine department organised four virtual safety seminars, reaching out to more than 200 shipping professionals.

Hong Kong is the second-largest register that qualified for Qualship 21status in 2020.

Despite the impact of the pandemic, the registry kept its place among the top five, said the port authority’s chief executive Quah Ley Hoon.

“While the pandemic has thrown Maritime Singapore many challenges, it also presented us with opportunities to emerge stronger,” she said.

Ms Quah added that the MPA would strengthen partnerships to drive digitalisation and decarbonisation of shipping to ensure that the Singapore Registry of Ships was “adaptable and agile” in the new normal.

An example of how the health crisis has accelerated the adoption of technology is the rapid rise in the number of remote inspections the flag state has carried out since June 2020 in order to minimise the risk to crews and surveyors on ships.

Despite the challenging times, the registry managed to achieve positive results, said its registrar general of shipping and seamen Ivan Sammut.

It saw a rise in the number of superyacht registrations, despite a slight drop in its overall vessel count.

With a focus on sustainability, the registry also attracted more environmentally efficient ships this year.

2020 marked “a great achievement” for its technical performance, as it had a “high ranking” in all major port state control regions.

“These positive results were only possible thanks to the continued dedication and commitment of all my colleagues working at the Malta Ship Registry, and to the support and full co-operation that we have with industry stakeholders,” Mr Sammut said.

The registry faces “big challenges — and opportunities — and we are excited about the journey ahead”.

While it remains the largest flag for the passenger ship/cruise sector, it is trying to continue to develop in the liquefied natural gas space.

Through its owners and managers, it had proved once again its “strict adherence to, and compliance with, the highest quality standards”, said the registry’s chief executive Dwain Hutchinson.

The flag, which celebrated its 25th year over the summer of 2020, was the fourth-largest to keep its Qualship 21 status. It also made major enhancements to its online services, simplifying the registration process for clients.

Mr Hutchinson expressed his recognition and appreciation for all the seafarers, who, despite the challenges caused by coronavirus, remained committed to working diligently to keep the critical global supply chain running.

The growth, which marks the third-highest in the Top 10, is due to the number of vessels registered in its fleet increasing to 5,130 by the end of October 2020, from 4,881 ships the previous year.

Cao Desheng remains at the helm of the Maritime Safety Administration, which is responsible for ship registrations.

China was the second flag in the Top 10 list to lose its eligibility for the Qualship 21 programme run by the US Coast Guard.

While the flag has reached a low ebb, a new initiative by the government should provide it with a chance for a recovery.

The two-fold intent of the new measures was to restore the lost competitiveness of the Greek flag, which now accounts for no more than one-fifth of the Greek-owned fleet, but also to give young Greeks employment opportunities.

The hope for 2021 is that the Greek flag will be competitive once more with other European flags.

With its director Shinichiro Otsubo, the flag maintained its Qualship 21 status, which recognises vessel compliance records at US ports. It is the fifth-biggest flag to qualify this year.

Japan has been trying to work on a more favourable tax system to lure shipowners back to its flag, but the coronavirus pandemic has slowed progress.

It has also been difficult to carry out vessel inspections this year and, as a result, the ministry has allowed an extension to the validity of certificates.

Japan has not allowed remote surveys, due to difficulties in checking all aspects thoroughly. The hope is that new technologies will, however, enable better remote inspections in the near future.

The Top 10 flag states ranking is based on gross tonnage data supplied by Lloyd’s List Intelligence. It includes all vessel types above 500 gt

Not a subscriber? Find out how Lloyd’s List can help you and your company stay informed with expert analysis of the key issues shaping shipping including daily briefings, curated news, interactive data tools, podcasts, webinars and much more. Request a demonstration here