China has agreed a $1.5bn trade deal for coal from Indonesia starting in 2021 amid speculation the move is a sign of Beijing’s general shift from Australian supplies

The deal is for three years, according to a statement from Indonesia’s coal mining association. While it did not provide volume figures, various media outlets said next year’s shipments could be in the region of 200m tonnes 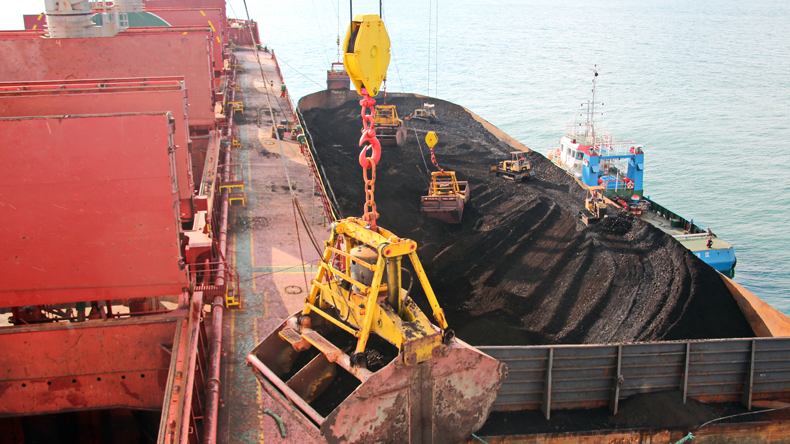 CHINA has signed a memorandum of understanding to increase coal exports from Indonesia.

The deal is for $1.5bn worth of thermal coal to be supplied over the next three years, a statement from Indonesia’s coal mining association APBI said. Talks were initiated several months ago.

In a virtual signing ceremony, the two sides agreed “a coal contract purchase” for 2021, it said. While it did not provide a volume, various media outlets pegged it at 200m tonnes.

The quantity of coal exports would be reviewed annually, according to the statement, which added that it was also necessary to establish a reference price index that could be “negotiated regularly”.

The initiative by APBI “aims to agree on a long-term supply policy for coal export” as it seeks to strengthen bilateral trade between the two countries, it said.

According to Drewry estimates, Indonesia exports on average 30m-40m tonnes of thermal coal and lignite per month, of which 10m-12m tonnes heads to China. That equates to a monthly revenue figure of about $400m-$500m.

In the first nine months, it exported 93m tonnes to China, whose total thermal coal import needs are estimated at about 200m tonnes this year, while its coking coal imports are forecast to reach 58m tonnes.

In the January to September period, Indonesia’s coal exports amounted to $4.9bn, a decrease from last year, due to the coronavirus backdrop, the statement said.

Market sources said the new coal deal could be a signal of China’s shift away from Australian commodities as tensions rise between the two sides.

Precious Shipping’s chief executive Khalid Hashim said that if the deal represents 200m tonnes over and above China's usual annual quota, it would be a “game-changer” for the freight markets. However, he believes that the additional volumes mentioned would be replacements for Australian shipments.

Increased volumes from Indonesia rather than Australia would be negative for dry bulk shipping, due to the shorter sailing distance involved, market sources said.

However, if tensions between Australia and China continue to deteriorate forcing China to source coking or thermal coal from places such as the US east coast or Russia, that would be a net positive for shipping as it would increase tonne-miles, the sources said.

Coal trade on track for growth next year