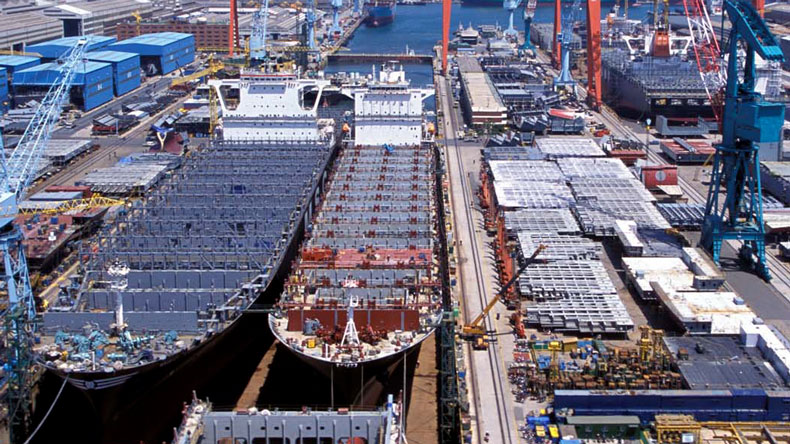 
The global economy is “nowhere near out of the woods” in terms of the pandemic, which has to date cost over 1.2m lives and affected millions of people’s livelihoods.

There is no guarantee that the sharp rise in demand for containerised freight can continue over the next 12 months.

Following on from revelations by industry bodies that charterers are using ‘no crew change’ clauses in charterparties, dry bulk owners’ group Intercargo has come out to condemn these practices.


Monthly crude exports from the US Gulf are now exceeding 3m barrels per day for the first time since March, as data reveals a rapid recovery for this trade route, even after recent hurricane-related port closures.

Congestion in the Panama Canal has held up transits of liquefied natural gas carriers, contributing to tightness in shipping tonnage amid the winter demand surge for the super-cooled fossil fuel.

From the News Desk: The Nave Andromeda incident follows the Maersk Etienne in highlighting the lack of political action.


Just 62 new contracts for general cargo carriers have been agreed in 2020, of which 20 are for 10,000 dwt-plus vessels and 42 for smaller vessels, according to the latest Lloyd’s List Intelligence Shipbuilding Outlook. This is a new low for records going back to 1970.

Russia has long touted the potential of its northern sea route through the Arctic to upend sea trade by slashing voyage times from Europe to Asia.


The Corporate Insolvency and Governance Act — which entered into English law in June this year — offers insolvent shipping companies a real alternative to Chapter 11 proceedings in the US, a London-based law firm has told clients.

Alarming headlines about worsening piracy in the Gulf of Guinea are not as bad as they at first seem, according to one security consultant.

Capital Maritime & Trading is close to clinching the acquisition of three panamax containerships with an eye on dropping them down to publicly listed Capital Product Partners if a suitable charter can be secured.

While shipping continues its push to make the technological strides to become a more efficient, and greener, industry in the decades to come, it is already failing in one key area, according to the International Chamber of Shipping.

Greece has received nine bids for a 67% stake in the north-western port of Igoumenitsa as the country’s port privatisation programme picks up speed.

Seven Nigerian stowaways arrested during a security operation involving British special forces on board a tanker last week are being held in a detention centre after being bailed.

Conditions that have driven the rebound in containership charter rates will not last forever, Navios Maritime Containers has said.

A new research group backed by Maersk that aims to provide decarbonisation solutions to the shipping industry has become operational.