Trade wars and protectionism have led to a collapse of the global consensus, threatening the institutions that have supported shipping

As shipping emerges from the crisis brought on by the pandemic, it faces a splintering of the established frameworks for regulation. But a globalised industry needs global standards in which to operate and must resist regional and national attempts to regulate it 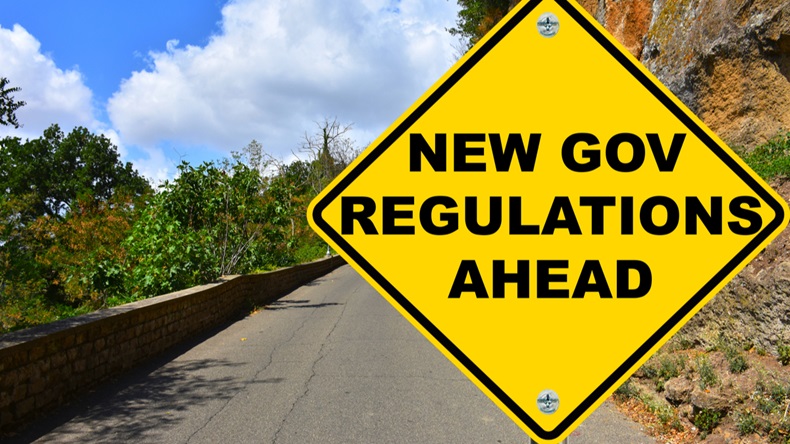 Source: Yu Ping Chen/Shutterstock.com Shipping risks being regulated at a local and regional level unless it supports international efforts.

SHIPPING faces a tougher regulatory environment and greater scrutiny as it emerges from the pandemic, but will need to ensure there is a global approach to any new oversight.

The sector will have to confront both new environmental pressures to decarbonise at a time when global hegemony was fracturing, and as challenges to globalisation threatened to disrupt supply chains.

Ioannis Plakiotakis, Greece’s minister of maritime affairs, said that the environment would be crucial for the future of shipping from both a regulatory and financial perspective.

While the industry had done much to reduce its emissions and had been “deeply engaged” with the sulphur-cap rules introduced at the start of this year, there was still further to go, he said during a webinar hosted by the International Chamber of Shipping.

And while he praised the European Green Deal as a “visionary approach to the to a more sustainable climate neutral Europe”, he warned against regionally led initiatives that would affect global shipping.

“Sectors such as shipping, due to their international nature, require the implementation of global regulations and standards to preserve a global level playing field. This should be dealt with particular caution, paying attention to their contribution to the national, European and international economies.”

The industry had rightly been vocal in stressing that the inclusion of international shipping in a European ETS would negatively impact on international trade, as it was likely to trigger retaliation from the European Union’s trade partners.

“More importantly it would undermine the ongoing procedure within the International Maritime Organization for a potential global market-based solution that may prove necessary for the implementation of its strategy objectives,” Mr Plakiotakis said.

“Shipping is a truly international industry that can only operate effectively if the regulation and standards are agreed, adopted and implemented on an international level.”

The United Nations Convention on the Law of the Sea recognised the International Maritime Organization as the sole international regulator of international shipping which guaranteed a “bright and sustainable future for shipping”.

His argument was supported by Ocean Network Express chief executive Jeremy Nixon, who said carbon levies needed to be applied in a uniform, transparent and fair manner.

“We are ready to self-tax as an industry,” he said. “We are ready to step up and start paying these bunker taxes that go into research and development, and doing it to a global, uniform standard.

“What we can’t have is and individual regional and piecemeal approach where we will break down the uniformity of our trading system and not be able to predict what we have to do and be able to manage that.”

But it is not just in the environmental issues that shipping will face greater scrutiny, according to Sean Doherty, head of international trade and investment at the World Economic Forum.

“In many parts of the world we have seen large government intervention in the economy in response to the pandemic,” he said.

Combining this with the empty government coffers and the inequality crisis that is occurring is likely to accelerate the international focus on tax, competition and national subsidy issues.

“At a minimum, state financing for ports and vessel construction will be examined. The need for responsible tax behaviour will be heightened. Competition enforcement actions will also likely become more international in nature.”

Tied to the more stringent approach to regulation was an increased level of protectionism that could extend the impact of the crisis.

“There are clear signs that the narrative of supply chain resilience is being as a rationale for driving near-shoring in both the US and EU,” he said. “But the evidence shows that having a diverse global network is more robust in providing options.”

Despite this, the trend towards protectionism that had led to the US–China trade war showed signs of increasing, said Jan Hoffmann, head of the trade logistics branch at the UN Conference on Trade and Development.

“Any type of protectionism is bad for trade,” he said. “It is also bad for investment because the uncertainty makes investors require a higher return on investment.”

But the most concerning effect was the weakening of the multilateral system, he added.

“We need a strong rules-based system and the extent that we weaken these solutions, whether it be the World Trade Organization or the IMO, is worrying.”

Industry ready to push ahead of regulators in decarbonisation pursuit