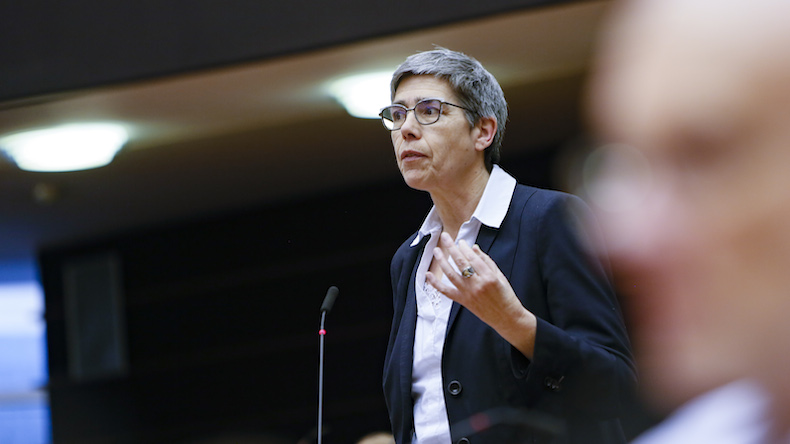 
International shipping should operate under the European Union’s Emissions Trading System beginning in 2022, the European Parliament has agreed.

Lloyd’s is no longer the world’s number one marine hull market in terms of premium volume, according to a presentation at the International Union of Marine Insurance conference.

A cargo of Iranian condensate is discharging in Venezuela at Puerto Jose port after sailing from Iran without transmitting any Automatic Identification Signals for the entire voyage in breach of international safety shipping regulations, to avoid revealing its location and destination.

The maritime industry cannot solve its crew-change crisis without co-operation from other industries, according to Fidelity International, which is calling on governments to grant seafarers free movement through the pandemic.


The need to focus on crew welfare and significantly increasing the awareness of the public about the importance of seafarers and the work they do were the headline takeaways from a panel discussion at the Capital Link China Shipping Forum.

UK freight forwarders still have “significant reservations” over whether they will have capacity to handle the changes to trading relationships following the end of the Brexit transition period.

From the News Desk: Norwegian billionaire John Fredriksen has given the clearest signal yet about the future direction of his shipping empire, as Dubai-based GP Global hits out at the ‘sharks’ circling the company’s assets as it continues to restructure.


The court-appointed supervisors of Hin Leong Trading’s shipowning affiliates are said to have appointed Clarksons and Arrow Shipbroking as exclusive brokers to handle the sales of tankers tied to loans from six international banks.

Ocean Network Express continues to boost its network from north Asia into Vietnam, with a new service connecting Japan and China to Ho Chi Minh City, with the new Japan-China-Vietnam service beginning in mid-October 2020.

The fire-damaged very large crude carrier New Diamond remains stable and safe at a position about 50 nautical miles off the coast of Sri Lanka, the Indian Navy said in a statement.

Small craft and specialist vessel insurer Shipowners’ Club has cut its deficit and combined ratio in the opening six months of this policy year.