Maersk’s moves towards integrating its ocean and logistics services have taken another step forward. Damco and Safmarine are being sacrificed as brands, while Hamburg Süd escapes the cut but will be more closely integrated with Maersk

Safmarine will cease to operate by the end of 2020. Elsewhere, Damco’s Air and LCL products will be combined with Maersk’s logistics and services products. Job losses are inevitable as the world’s largest container line takes the next steps in its transformation but numbers have not been disclosed 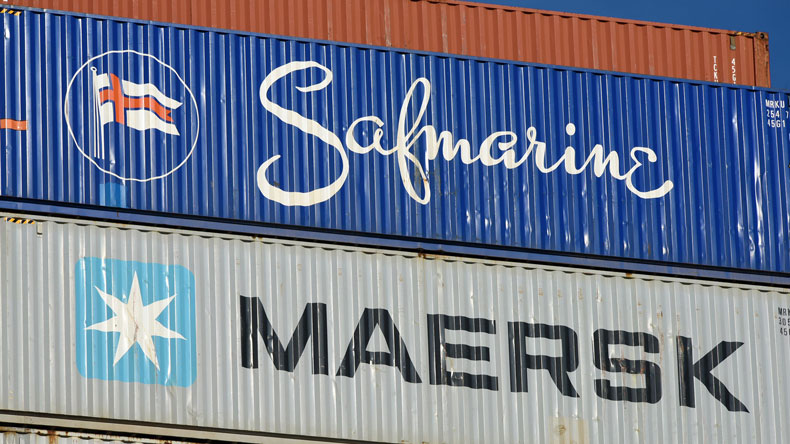 Safmarine is set to disappear as a brand as Maersk integrates the line into its Ocean and Logistics division.

SAFMARINE, the South Africa-based brand operated by Maersk, is to cease to operate by the end of the year as the world’s largest carrier integrates the line into its own services.

The Safmarine brand will be integrated into Maersk and the Damco brand’s Air and Less than Container Load, known as LCL, offering will be combined with logistics and services products to complement its end-to-end offering, the company said in a statement.

At the same time, the organisational structure of Hamburg Süd is being reshaped to closer align it with its Danish parent, and Damco’s Air and LCL products will be combined with Maersk’s logistics and services products.

“It is important we keep a certain momentum and we stay true to the strategy we have,” Maersk Ocean and Logistics chief executive Vincent Clerc told Lloyd’s List. “That means that periodically we have to make adjustments to the organisation to enable ourselves to work more efficiently for our customers.”

A large part of the Damco business had already been brought under the Maersk umbrella.

“This year has been rich in learning as we have gone through a lot of stressed supply chains that need to be catered for,” Mr Clerc said. “The outcome is that we need to build the company around the needs of the customer and not around the legacy that we have from earlier acquisitions, past business models and organisational footprints.

“We have to ask how is this right for the customers’ needs and does it deliver on what we sell to our customers most efficiently.”

The ability to provide multimodal transport to customers so that they can make choices about the speed they need in their supply chain was important, he said.

“Being able to switch between airfreight, ocean and intercontinental rail is increasingly important and our structure of having airfreight in Damco and Ocean separately did not make it easy to meet those needs.”

The expansion of e-commerce shipments had also increased the need for LCL shipments.

“By having full container loads in Maersk and LCL in Damco, it did not make it easy for ourselves to meet these needs,” Mr Clerc said.

Maersk said the value propositions of Maersk and Safmarine had converged as both brands had focused on customers, and as digital interaction with customers had increased.

“Safmarine is the fruit of an acquisition that happened 22 years ago,” Mr Clerc said.

“During this time, the brands have converged; Maersk has become more customer-centric, and at the same time digitalisation has permeated Safmarine in ways that are different to the value proposition that they had in the market many years ago.”

Hamburg Süd, which will continue as a stand-alone brand for the foreseeable future, “is a very well-run company with a very high standing in the market”.

“After two or three years, we now understand where it makes sense to be closer together and where it should be separate,” Mr Clerc said.

The Hamburg-based line is differentiated by being more reliant on person-to-person contact and has different customer and cargo segments.

“It is clear that by having two brands we are able to reach much wider into the market than with one, which was no longer the case with Safmarine,” he  said. “Our view is that we should have as many brands as are needed but no more than that.”

Changes to Hamburg Süd would be more at the organisational level.

“Today we have a region for Maersk and a region for Hamburg Süd,” Mr Clerc said. “That is a costly set-up to have and it also creates complexities and makes co-ordination more difficult.

``We want to be more agile and have better ways of working. It allows us to take costs out and have one regional structure for the whole of the Ocean and Logistics division.”

But keeping Hamburg Süd’s unique culture will mean that the headquarters in Hamburg will remain separate and distinct.

“You want somebody to stand for that difference and the risk is that gravity will take over and if everything takes place in Copenhagen we will probably erode that value.”

Mr Clerc said the changes were not simply about cutting costs, nor were they decided by the pandemic-driven fall in volumes.

“We started some of this in October last year and delayed the implementation from early May due to the pandemic,” he said.

But costs would be reduced, along with headcount, although Maersk is not yet releasing figures for either.

“When you bring silos closer together, you reduce overheads so there will be some redundancies,” he said. “Consultations are ongoing and the full numbers of job losses and cost savings will be announced in the third-quarter results at the latest.”