Ahead of a planned September resurgence in political activity to redouble efforts in easing restrictions on crew change internationally, Lloyd’s List finds industry officials and shipowners in agreement that the past five months of activity have not improved the hidden humanitarian crisis keeping crew at sea

A multi-agency UN approach and an extraordinary session of the IMO will get seafarers back on the political agenda after a summer slowdown, but as the political focus shifts to long-term planning, industry officials are increasingly concerned about the immediate crisis at sea not being addressed 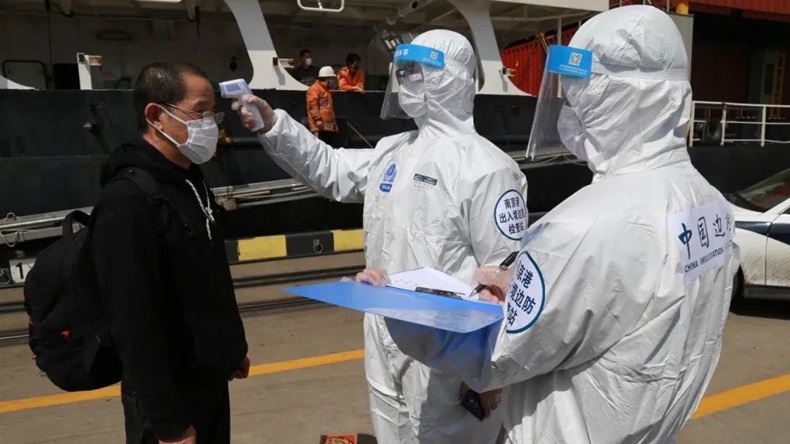 Lloyd’s List approached a dozen major shipowners to poll their view on progress and every one reported that the situation was getting more complicated, more costly and had deteriorated overall.

A SECOND wave of lobbying to facilitate urgent crew changes will launch next month after initial efforts and pledges to solve the issue faltered against a background of bureaucracy, logistics and cost.

Senior industry officials and shipowners concede that despite five months of campaigning and political intervention, the situation is getting worse not better.

While many maritime hubs are technically open for crew change, existing bureaucratic hurdles coupled with local coronavirus border control and travel restrictions changing on a near daily basis have sustained crew change rates at less than 35% internationally, according to estimates from across industry associations including the International Chamber of Shipping.

The backlog means hundreds of thousands of seafarers remain stranded aboard ships — in many cases over six months beyond contracted agreements.

For shipowners the situation has created an increasingly complex and costly logistical logjam that has more than tripled crewing outlays, left vessels offhire or regularly rerouting for frequently aborted crew change operations, frozen the sale and purchase market and for many of the larger owners required a massive expansion in shore-side operations to deal with the increased complexity of operations.

Political efforts to unblock restrictions and increase the backlog of crew changes have continued throughout the summer, however a combination of government recesses and summer holidays have slowed processes and resulted in the issue disappearing from mainstream media headlines.

That is about to change with a resurgence in political activity in the works for September, however there is a growing concern that the political focus is now switching towards this being a long-term issue requiring lengthy international responses rather than short term interventions to ease specific national barriers.

A co-ordinated campaign of action from United Nations agencies and industry associations will seek to address the summer lull by redoubling efforts to convince governments to recognise seafarers as “key workers”, thereby exempting them from travel restrictions while ensuring the protection of public health through use of crew change protocols.

Lloyd’s List understands that European Union countries will formally request an extension to the International Maritime Organization’s forthcoming Maritime Safety Committee meeting on September 18 in order to address the growing crisis at sea that has left tens of thousands of crew unable to leave vessels well beyond their contracted limits.

While much of the agreed action set out in internal UN documents seen by Lloyd’s List merely reiterates existing efforts and advice already voiced repeatedly by everyone from the UN secretary general to the Pope, the multi-agency approach with a push from the executive committee does mark a significant step up in the urgency being applied to the problem and the diplomatic rhetoric being targeted at “key national decision makers”.

The documents also reveal that the various agencies will be seeking to “engage with multinational firms, global brands and business enterprises” as the threat to global supply chains becomes a focus of the warnings.

The renewed ramping up of rhetoric promises improved visibility of the issue beyond transport departments and offers political leverage, but given the limited impact that preceding political efforts had in spurring tangible government responses crewing representatives will be looking for evidence that this latest round of statements and pledges will result in practical changes to the current restrictions.

“The people who matter in this — the crew — they’re fed up with the talking. They don’t want to talk, they’re getting ready to walk,” said Captain Kuba Szymanski, Secretary General of the International Ship Managers’ Association.

“This [resurgence in diplomatic efforts] is all well and good, but you will start to see seafarers say ‘thank you, but it’s time to walk away because you can’t keep people on board like this for months with no hope and no end in sight,” Capt Szymanski continued.

Since the UK government held an international summit to address the issue on June 9, the initial 13 governments pledging action have been joined by France, Georgia and the United States.

The signatories, including Singapore, acknowledged at the time that “the inability of ship operators worldwide to conduct ship’s crew changes is the single most pressing maritime operational challenge to the safe and efficient movement of global trade” and further noted that “apart from the humanitarian and crew welfare concerns, and issues of regulatory compliance, there is an increasing risk that fatigue and mental health issues could lead to serious maritime accidents”.

Nearly three months after the governments issued that stark warning promising action, all major international shipping representative bodies approached by Lloyd’s List agreed that the situation had either deteriorated or remained broadly unchanged with only limited pockets of improvements to report.

Lloyd’s List approached a dozen major shipowners to poll their view on progress and all reported that the situation was getting more complicated, more costly and overall the situation had either deteriorated or remained unchanged from two months ago.

“It’s disappointing that we can’t make more progress as an industry,” said Berge Bulk chief executive James Marshall. “We’ve got to be able to change our crew over.

"We have the right procedures, they’re all travelling with PPE, we have all the procedures in place and yet at every stage it’s getting more complicated. It should be possible if it’s well controlled, but we’re running into issues at every stage of the operation.

“Logic and rational approaches are irrelevant right now,” reported another major private shipowner who did not want to be identified. “Everything is fluid, nothing makes sense and some of the conversations we are having on a daily basis with national government representatives are crazy — this situation is completely unsustainable”.

Even for those owners reporting pockets of positive progress, the current situation remains consistently difficult and more costly.

“Exchange of crew has definitely been an issue over the last couple of months,” said Hapag-Lloyd chief executive Rolf Habben Jansen. “I would say that in general the situation is getting a little bit better now, and we have been able to exchange crews in many locations. But it remains a fight to get people back on time.”

We share the same frustrations as the shipowners,” said Stephen Cotton, the general secretary of the International Transport Workers' Federation. “Aside from a notable exception in India where we are seeing some real progress, I completely agree — the general situation is getting worse not better.

“We’re getting more calls than ever from frustrated seafarers who are at the end of their tether and asking what they can do to get off. We’ve been using this period of summer downtime in governments to plan what the most impactful strategies we can put in place to help seafarers. We have to get this back on the agenda.”