Broker Guy Carpenter estimates that about 10 vessels were within 1.6 km of the blast and says those ships would have incurred damages

The explosion of 2,750 tonnes of ammonium nitrate destroyed a large part of the Port of Beirut and caused substantial damage across the Lebanese capital 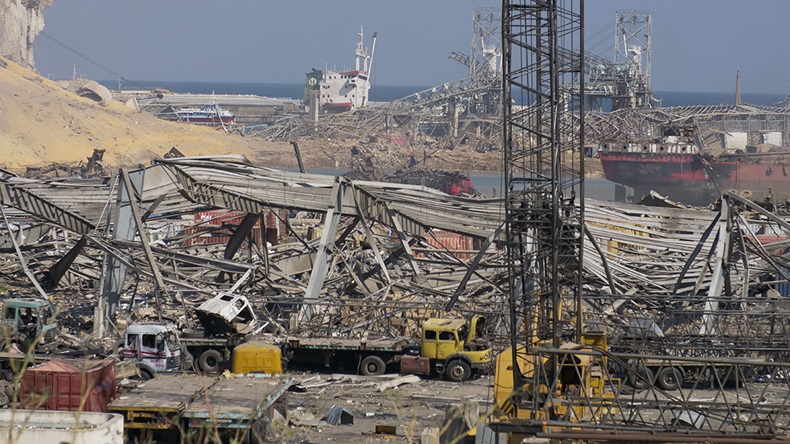 Source: Nady Sokhn/Shutterstock.com Much of Beirut port was devastated by the explosion last week.

COMBINED losses to the hull, cargo and port facility market arising from the Beirut explosion “should be within $250m,” according to a Guy Carpenter estimate.

The broker said that about 10 vessels were within 1.6 km of the blast, and it estimates those vessels would have incurred damages.

The ignition of 2,750 tonnes of ammonium nitrate warehoused after being confiscated from a Moldovan-flagged bulk carrier in 2013 is emerging as the most likely cause of the explosion.

Among the ships damaged by the blast is passengership Orient Queen, which listed severely to starboard in the port and is lying sunk on its side

The governor of Beirut has estimated the economic impact of the blasts in the region of $10bn to $15bn.

The penetration for industrial exposures near the port and for commercial lines is expected to be higher, which could impact some of the international insurance market.