The Lloyd’s List Podcast is back after a summer break and this week we are talking exclusively to Nobu Su, the former billionaire shipowner jailed in London over a long-running dispute about money owed in failed freight futures deals. He tells Markets Editor Michelle Wiese Bockmann about how the experience changed his life and why he is still determined to reveal the truth in order to clear his name 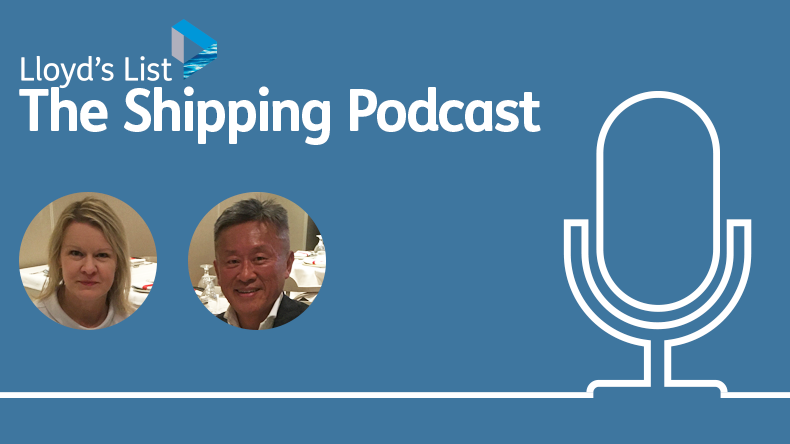 NOBU SU, the former billionaire shipowner jailed in London over a long-running dispute about money owed in failed freight futures deals, tells Lloyd’s List in this week’s Podcast that he has filed for personal insolvency and wants to leave the UK.

Three months after his early release from HM Prison Pentonville, where he was serving a 21-month civil sentence related to contempt of court, Mr Su explained he was still determined to reveal the truth in order to clear his name in an exclusive interview with Lloyd’s List.

In the interview, recorded in London on July 29 for the Lloyd’s List podcast, the Taiwanese shipowner told of his time at Pentonville and how the experience changed his life.

He spoke of being threatened with a knife, refusing to take drugs and witnessing fights daily.

The 62-year-old was best known as one of the commodities super-cycle’s biggest high-flyers and risk takers in the international maritime world from 2005 until 2009. At one stage he operated more than 100 vessels, and ordered ships in billion-dollar deals, all backed with massive futures positions in the wet and dry shipping markets.

When the market collapsed and he was on the wrong side of many of these trades, Mr Su embarked on protracted litigation, mostly representing himself, to fight the many court judgements that didn’t rule in his favour.

He was jailed in March 2019 for “continuing substantial failures to disclose his assets” without any defence or apology according to the Commercial Court judgements. His passport was seized and he was arrested as he attempted to embark on a ferry at Liverpool after a series of hearings resulted in an arrest warrant.

Claimants, including Greek shipowner Polys Haji-Ioannou, took the court action as part of decade-long attempts to recover money owed which included a $57m judgement in November 2014.

Looking relaxed and happy, Mr Su told Lloyd’s List over lunch at a favourite Turkish restaurant that his petition for personal insolvency was granted on July 8, and he must report to the police station at Charing Cross daily as part of his early release conditions.

The early release was part of government attempts to free non-violent prisoners at the height of the coronavirus pandemic, which Mr Su said was spreading rapidly in Pentonville.

He maintains he will continue his legal battles in a dispute that pits him against one of the most famous Greek shipping families. Legal proceedings against him are continuing. Mr Su told how his apartment was raided in June, and documents and computers seized under a search warrant.

This signals that the protracted and expansive litigation against shipowners, banks and other principals that has engaged Mr Su for the past 12 years, is far from over. He has long crusaded against banks, including the former Royal Bank of Scotland, writing of his experience within the global financial collapse in his self-published book The Gold Man From the East.