Complaints are surfacing on private social media platforms that some shipowners are failing to make enough effort to repatriate seafarers working beyond the end of their contracts. Meanwhile, crew changeover costs are continuing to soar 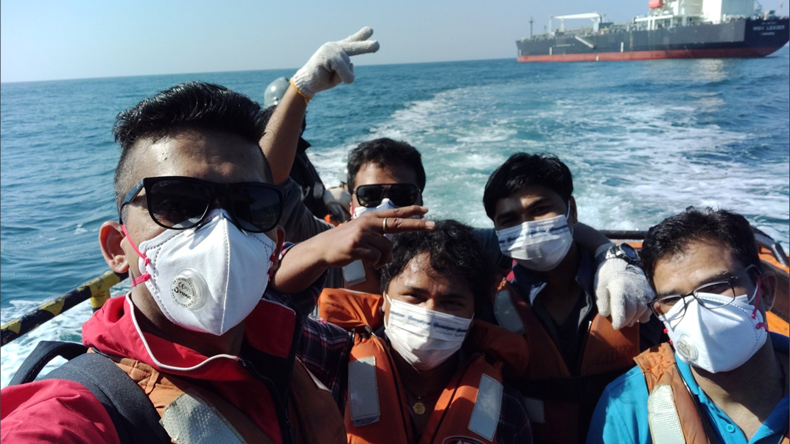 It is said there have been recent cases where the cost to get six men off and another six men on a ship came to $60,000, compared to normal costs of about $10,000.

THERE are fears that some shipowners are failing to make enough effort to repatriate seafarers working beyond the end of their contracts because crew changeover costs are continuing to soar to meet stricter quarantine and immigration rules at key hubs worldwide.

A number of seafarers are complaining on private social media forums about employers who will not repatriate them, but such messages are easily misunderstood and highly nuanced, seafarer charities and managers told Lloyd’s List.

In some cases, seafarers asking for repatriation were set to travel on to ports where immigration rules would prevent them from leaving, but they still believed owners could or should do more.

In other instances, owners were looking to keep costs low, to the detriment of their crew, and keeping staff on board. Other owners were waiting for access to a port with fewer restrictions or hoping for policy changes that would lower repatriation costs.

“You have a responsibility as an employer [to repatriate where you can],” said International Transport Workers’ Federation inspectorate co-ordinator Steve Trowsdale. “The ITF and maritime organisations have given you some leeway to extend contracts without us taking an issue.

“There are some examples where [employers] say it’s not possible to crew change and we’re investigating, but nobody can force governments to change restrictions and unless they start opening up channels for seafarers then this is going to go on and it’s only going to get worse. You’ll be looking at some seafarers who by Christmas will have been at sea for almost two years.”

An estimated three quarters of the 100,000 crew changes that need to take place monthly have not been possible since March when the coronavirus pandemic saw countries introduce a cascading series of lockdowns that shut off international travel.

Around 300,000 of the world’s 1.5m seafarers are on vessels with expired contracts, with a further 300,000 unemployed in their home countries waiting to relieve them.

He said there had been recent cases where the cost to get six men off and another six men on a ship came to $60,000, compared to normal costs of about $10,000. However, few risked leaving crew on board. “The chances are that by the time you come to the next port you can’t do a crew change and it only gets more expensive,” Mr Højgaard said.

Stories have emerged of owners compensating by sending hampers of baby gifts to the families of crew who have missed the birth of their child.

“It’s been the most frustrating six months of my bloody career,” said Mr Trowsdale. “I know but there for the grace of God go I; I could be a seafarer stuck on a ship.

“They ask me ‘can we crew change here?’ and you know there’s absolutely no chance and you say ‘I’m sorry’, and well, what can the ITF do? We can try and talk to governments and companies… personally I think this is going to go on for quite some time.”

Australia, Belgium and the UK are three countries with maritime authorities known to have detained vessels for having crew with expired seafarer agreements.

Mr Trowsdale said the world needed a maritime authority or government willing to take up the challenge of dealing with lapsed contracts.

“A lot of seafarers are not coming to us because they’re worried about not being rehired and [that] they’ll be blacklisted,” he said.

While Singapore and Hong Kong remain harder for crew changes, shipmanagers have reported making crew changes at hubs including the Suez Canal, Lome in Togo and even Mombasa, Kenya, in recent days.

The United Arab Emirates, where many problems have been reported despite assurances that Dubai is open, is now insisting that all the emirates are allowing crew changes.

Outlook: Is shipping coping with the pandemic?