Shipmanagers are targeting countries where crew changes are happening with the least paperwork and red tape. The US and UK are proving particularly popular locations for switchovers 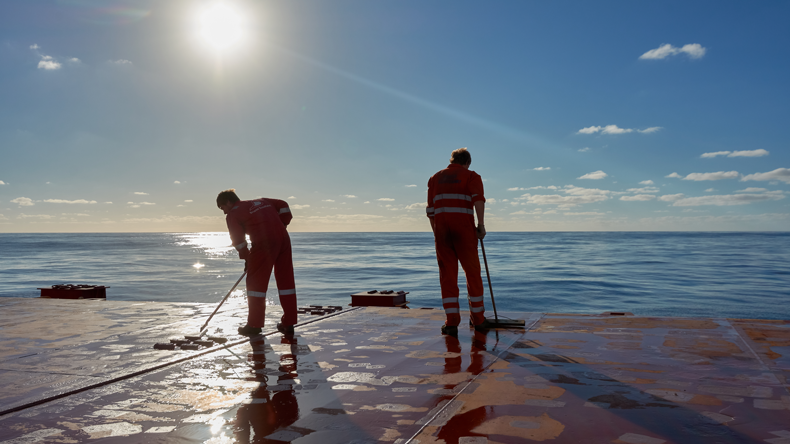 Nations that can demonstrate a lack of red tape on the subject of crew transfers are attracting business from shipmanagers that need to act quickly.

MOST of the 13 countries committing to end the crew change crisis that has stranded more than 200,000 seafarers worldwide do not have immigration, travel or health procedures that easily facilitate their transfer.

Information collated by shipmanagers and port agents reveals five of these countries are being used more than others because their guidance allows crews to sign in and out of ships at ports with less red tape.

Other countries, including key hubs for crew changeovers such as the United Arab Emirates, have in place contradictory, confusing or complex guidance, or do not permit crew changes.

Ministers from 13 of the 15 countries that attended an international virtual summit organised by the UK government on July 9 pledged to end restrictions and allow exemptions for crew changes.

Among the pledges were commitments to endorse United Nations protocols and designate seafarers as key workers to make changeovers easier.

The US and the UK have emerged as the top locations for crew changes as shipmanagers, port agents, and crewing agencies struggle to repatriate those working at sea with an estimated three quarters of changes unable to occur since March, leaving many with expired contracts.

Shipowners, particularly those with smaller fleets and single vessels, said they were overwhelmed by the bureaucracy, inconsistency and challenges raised to repatriate crew four months after the pandemic shut borders and stopped many international flights.

“We have crew… on board our vessels for more than three months [overdue] and this is a very unhealthy situation to be in,” one marine support services provider told Lloyd’s List.

“We have been trying to communicate with the respective embassies to see if there are any evacuation plans to these countries, but to no avail.”

While estimates vary, there are as many as 200,000 to 300,000 crew stranded on ships and unable to disembark due to country lockdowns to fight the coronavirus pandemic.

The cost and effort to navigate shifting rules and regulations and airline schedules is also rising.

As well as the US and UK, France, Germany, and Netherlands have emerged as countries where crew changes are happening with the least paperwork and red tape. Denmark also has fewer restrictions but with borders closed, there are not any regular flights to key supplying countries.

While Saudi Arabia officials attended the summit and signed the statement the country remains closed.

The UAE, another signatory, still has restrictions that are among the most confusing, according to port agents and ship operations managers contacted by Lloyd’s List.

Immigration and port authorities there have been criticised for inconsistent application of visas and exemptions that their country’s ministry has issued.

For weeks, crew have not been allowed to enter the country to board a ship, despite guidance saying this was the case and tourists being allowed to fly in.

Hotel stays are not permitted for crew who need to have a valid test result to enter the country. Exiting crew must come on shore by crew boat, be tested and then return to the ship to await results, before they can be signed off.

Shipmanagers told Lloyd’s List that most major seafaring countries including the Philippines, Russia, China and Ukraine failed to attend the July 9 summit, adding to cynicism that the diplomatic show of unity would do little to redress seafarers’ difficulties.

BIMCO, the shipowners’ association, said governments needed to step up and work together to find a solution.

“The absence of many key countries from the international community at the summit highlights the apparent indifference of some governments towards the crew change crisis and their lack of understanding of the critical role seafarers play in keeping international trade moving,” said secretary-general David Loosley.

The association is concerned about a lack of timescale given by participating countries, and that closed borders had closed many governments’ minds.