The government is working on a new arrangement that stipulates all crew members must test negative for coronavirus using a swab test at the place of departure before travelling to the city. Hong Kong confirmed 14 new cases of coronavirus infection on Tuesday

The draconian rule that all entering seafarers take a swab test might require some logistical adjustments for shipping firms to change crew in Hong Kong. However, it may weaken the port’s position as a popular spot for sale-and-purchase brokers to deliver their vessels 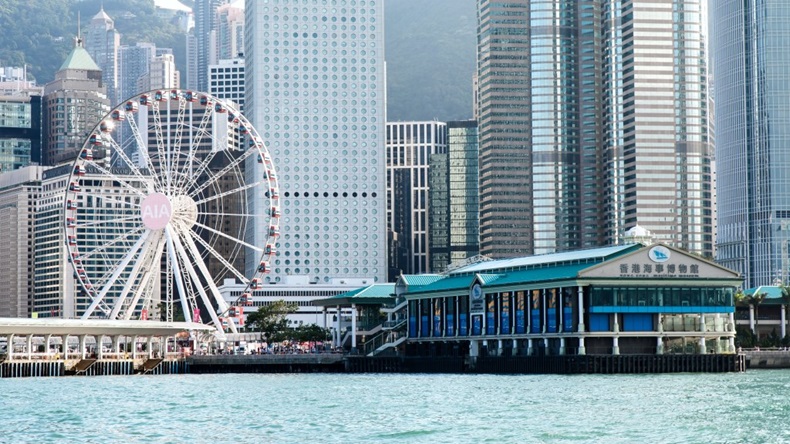 HONG KONG’s convenience as a crew change hub is facing a setback after a fresh surge of local coronavirus cases.

All arriving seafarers via the city’s airport are required by the Department of Health from today to give deep-throat saliva samples at a swab testing site in the nearby Asia-World Expo.

Seafarers were exempted from quarantine measures in a previous relaxation of policies to facilitate crew rotation at the Asian maritime hub. Before now, they were only asked to report their health status before entry.

“We agree that this new measure for ship crews is desirable and necessary in the interest of all,” said the Hong Kong Shipowners’ Association in a circular to its members.

The group noted that the government would soon take further steps by stipulating that all crew members must test negative for the virus at the place of departure before travelling to Hong Kong.

“As we understand it, the government is now working on the implementation details of this new arrangement,” it said.

The association also advised its members to arrange virus tests for both incoming and outgoing crew ahead of their trips to Hong Kong “irrespective of whether this requirement is mandatory”.

Lloyd’s List has sought comments from the city’s marine department.

The re-tightening of the controls comes as the Chinese special administrative region confirmed 38 cases of new infection — including 28 classified as local — between Tuesday and Wednesday, raising fears of a wider community outbreak.

Before that, 11 crew members on the Panama-flagged containership MSC Flavia were tested positive upon arrival at the port of Ningbo, having joined the ship in Hong Kong on June 24.

“[The stricter measure] is a good thing and we don’t have any problems complying,” said Anglo-Eastern Ship Management group managing director for HR Sea Staff Vinay Singh, adding that the company had been practising pre-boarding quarantine and health checks on their own in any event so there is not much change.

“We are thankful that the Hong Kong government is taking measures to help control the spread of the outbreak and we will fully comply,” he added.

Capt Singh noted however that the move had meant some small logistical adjustments such as the signing on crew will need to arrive in the city a day earlier than their boarding day for the arrival checks to be completed.

One Hong Kong-based sale-and-purchase shipbroker said the city had become a popular place for ship handovers in the past one month due to its friendly environment for crew changeover.

He expected the new policy to have some impact on the business, especially if the seller’s crew must do the tests in advance as well.

That will lead to renegotiations of contract terms and “it might be difficult to arrange the tests at some departure ports”, he said.