With some signs of a slight uptick in demand, carriers are looking at their blanked sailing schedules. But long-term recovery remains some way off 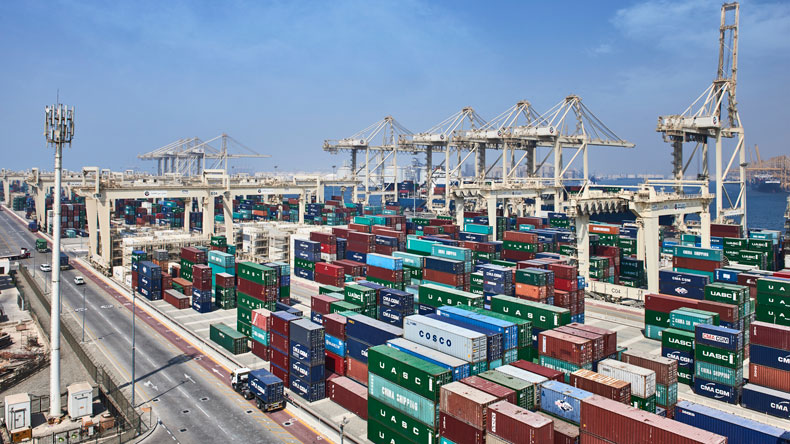 Some shippers have reported having cargoes rolled because of a lack of capacity.

AS the number of developed economies coming out of lockdown and removing mitigation efforts increases, container carriers are having to walk a fine line between rates and capacity as demand resumes.

“The easing of lockdown measures, especially across much of Europe, has helped demand for container freight gradually to get back on its feet and take the first tentative steps toward recovery,” said analysts at Platts.

“After a few months in which demand tumbled around the world, the reopening of some shops, with more expected in forthcoming weeks, has resulted in a sudden jump in demand, especially at a time when there are large numbers of vessels out of the market following the void sailing measures put into place by carriers.”

The increased demand had already led to high utilisation figures and even instances of cargo being rolled, Platts added.

“This has put already fragile supply chains, which have been hit by the cancelled sailings, under further pressure.”

But any return of demand could be short-lived, Platts warned, as wider economic conditions remain bearish.

But the stabilisation of rates has come at the cost of huge cuts in capacity, which may need to remain in place for some time, according to Sea-Intelligence, which has noted an “unblanking” of several services as increased freight demand led to rolled cargoes.

“The unblanking of sailings is a minute amount of sailings compared with the full scope of removed services seen in the second quarter of the year,” Sea-Intelligence said. “Hence, this can in no way be seen as unexpectedly strong demand. The only correct interpretation would be that the demand drop was not fully as catastrophic, as initially expected.”

It added that carriers would need to ramp up the number of blank sailings announced for the third quarter of 2020.

“While it is understandable that one would like to have a glimmer of hope that we will see a pick-up by the third quarter of the year peak season, it appears
ever more unlikely to happen in the short term.”

It said that carriers would most likely extend cancellations on voyages that had already been blanked, as these had demonstrated that cargo could be placed on other voyages already.

“This in turn means that in the coming weeks market participants should prepare for cancellations in July of the same services, as have already seen substantial cancellations,” Sea-Intelligence said.

Carriers may have hit peak capacity reductions on main trades