Danish group expects volumes to crash by up to 25% in the second quarter when the impact of the coronavirus pandemic will hit home. But chief executive Søren Skou says it is ‘strongly positioned to weather the storm’

‘As global demand continues to be significantly affected, we expect volumes in the second quarter to decrease across all businesses, possibly by as much as 20%-25%,’ said chief executive Søren Skou 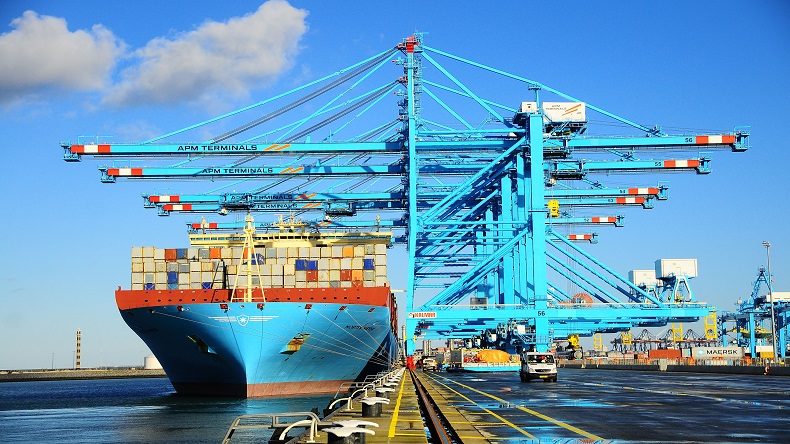 Source: Maersk Revenues grew despite lower volumes across all segments.

MAERSK, the world’s largest ocean box carrier, said global container volumes could drop by as much as a quarter due to the coronavirus pandemic.

“As global demand continues to be significantly affected, we expect volumes in the second quarter to decrease across all businesses, possibly by as much as 20%-25%,” said chief executive Søren Skou in the carrier’s interim report.

His comment came as the company improved its financial performance in the first quarter of despite the impact of the health crisis.

The Danish group reported an underlying profit of £197m for the three-month period compared with a loss of $69m in the year-earlier period. Revenue was little changed at $9.6bn, despite lower volumes across all segments.

Earnings before interest, tax, depreciation and amortisation improved by 23% to $1.5bn, and cash return on invested capital increased by 3.5 percentage points to 10.5%.

Mr Skou warned that “visibility remains low” for the second quarter, but added that the company was “strongly positioned to weather the storm”.

Maersk, with a fleet capacity of just over 4m teu, is in the process of converting its business from that of a shipping and energy conglomerate to that of an integrated provider of container logistics.

Mr Skou said that this transformation continued to be validated in the first quarter, and will help steer the company through what promises to be a “challenging year”.

The container shipping industry has looked to balance the demand downturn too, with an unprecedented blanked sailings programme. In the first quarter, more than 90 sailings, predominantly on the east-west trades, were cancelled by Maersk Line alone.

Maersk said it expects this total to rise to more than 130 sailings in the second quarter, with continued and consequent capacity adaption in the coming quarters to match supply and expected demand.

In March, Maersk suspended its guidance for the year due to the uncertainty about world trade and the impact of efforts to reduce the spread of the virus.

Maersk said that as high levels of uncertainty related to the outlook and impact from the coronavirus still persist, this suspension on its operating earnings remains.

One storm too many for box carriers?