Coronavirus is a gamechanger that will result in shorter supply chains and the emergence of new trade patterns , according to the administrator of the Panama Canal 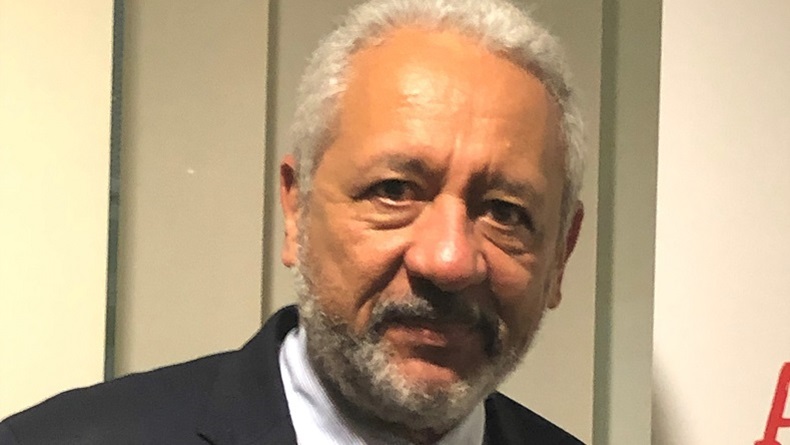 THE Panama Canal Authority is considering by-passing shipping companies and instead establishing direct relationships with cargo interests as it tries to keep abreast of the rapidly changing marketplace and the new trade patterns that are emerging.

This would represent a new concept in the operation of the canal, said Ricaurte Vásquez, the authority’s chief executive, who cited the energy sector as one example of where ACP has already held discussions with oil companies to hear first hand about changes to the crude trades and fleet deployment.

“We are making an attempt to go to some of the end customers to try to understand their plans and sourcing, so that we can make a more realistic approach to whatever changes in the market are going to occur,” Dr Vásquez said.

He also spoke about the container trades where global cargo volumes are falling and many sailings are being blanked as carriers try to match ship capacity with demand. That has led some lines to bypass the Suez Canal on the return leg from northern Europe to Asia and sail around the Cape of Good Hope instead.

While the Suez Canal has responded by cutting transit fee, the Panama Canal has no plans to follow suit, partly because price discounts would require political approval, a lengthy and cumbersome process.

“The Suez Canal has the autonomy to make toll changes, but we do not, so even if we see the market going south and less volume, we still have to go through a review,” said Dr Vásquez.

Furthermore, although the canals are in competition to some extent for cargo from Southeast Asia to the US east coast, “the intersection between the two is not very large,” he said.

With the Asia-Europe trades being hit by more cancelled sailings than the transpacific trades, Dr Vásquez said the Suez Canal was probably experiencing a steeper downturn than the Panama Canal.

Nevertheless, he said that what could have an impact would be the redeployment of ultra-large containerships from the Asia-Europe to transpacific trades.

Those ships would be too wide to go through the Panama Canal locks and so would discharge cargo in Los Angeles and Long Beach that would then be transported by rail to the US heartlands.

However, that could create bottlenecks along supply chains, with the Panama Canal option to major US east coast ports offering an alternative uncongested route.

Although there are no immediate plans to reduce transit tolls, Dr Vásquez said moves had been taken to help shipping companies’ cash flow through a temporary adjustment to reservation systems.

For the next four months, customers will be able to book a transit slot without having to make an advance payment at the same time. Instead, a single combined fee will be required at the time of the transit. “That gives some breathing space financially,” said Dr Vásquez.

This has been welcomed by the shipping community with the International Chamber of Shipping describing the relief measure, as well as the Suez Canal toll reductions, as “a step in the right direction”.

“As we look to the recovery phase of the pandemic, we will need businesses that are strong and resilient, so the question remains whether these initiatives go far enough to support that,”  the ICS said.

ACP reported an 8.5% increase in transits during the fiscal year to end-March 2020, with bulker traffic unexpectedly strong.

Dr Vásquez said there had been 169 fewer transits in April than planned, while toll revenues were $15m below the projected figure for last month, although still 5% above corresponding 2019 levels.

Furthermore, May is likely to be a critical month as the full impact of the lockdowns on manufacturing and consumer spending is felt, which will dent container traffic in particular.

Dr Vásquez said the queue of vessels waiting to go through the waterway was now below 70, compared with between 80 and 85 vessels in early March when transit times were slowed because of low water levels in the Gatun Lake that affect lock operations.

Transit times are now back to normal because of fewer ship arrivals that are down to about 32 a day.

Dr Vásquez has previously said he was not concerned about the gradual reduction in traffic.

“Our job as a global logistics hub is to be prepared for the unexpected,” he wrote in a LinkedIn post. “As shockwaves begin to multiply and industry changes accelerate, the Panama Canal is preparing to change how we do business in the long-term.”

ACP is closely monitoring key market variables to ensure its service continues to meet the needs of tomorrow’s global markets.

"Keeping an eye on the long-term is crucial given the industry trends we have tracked since before the coronavirus outbreak," the administrator said.

He cited the way ACP anticipated months ago that the US-China trade dispute would begin to drive changes across the industry – first with a reduction in flows, followed by a potential redistribution of the origin and destination of manufactured products as companies look to become closer to consumers and reduce the risk of prolonged tariffs.

“These changes are happening now at an accelerated pace due to the coronavirus pandemic and resulting economic crisis,” said Dr Vásquez .

He continued that ACP expects to see a permanent shift in the overall supply and demand economics that drive the entire industry, “which will redefine our way of business for years to come”.

He described coronavirus as “a game-changer” that would see long supply chains partly replaced by shorter ones as some production moves closer to consumer markets. That, said Dr Vásquez, would affect volumes through the Panama Canal in the long run.

“I believe tomorrow is one small part of the equation. Preparing for the day after tomorrow and beyond continues to be equally, if not more important to my administration. We are still diligently advancing our plans and potential investments that will ensure the waterway's continued evolution and competitiveness.”