Focus on shipping in fight against drug smuggling

With unlimited financial resources, drug and most notably cocaine producers are finding novel ways to hijack legitimate supply chains, leading to a rise in drug busts at major US and European ports. Law enforcement is calling increasingly on shipping to increase security 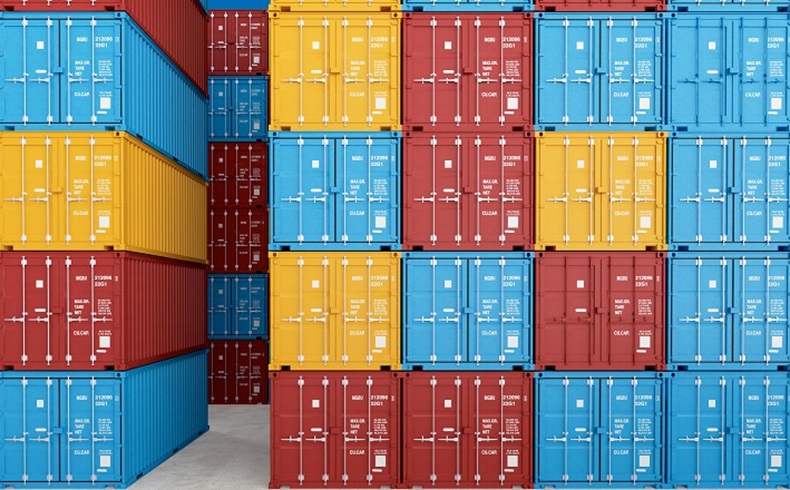 Source: 2M Media/Shutterstock.com Recent drug seizures from vessel containers across the globe demonstrate that it is no longer just the traffickers who are in law enforcement’s sights.

FOLLOWING the September 2001 attacks on the US and the spread of the global terrorism threat, industry and government have partnered in supply chain security.

Secure operators under the US Customs Trade Partnership Against Terrorism (CTPAT) and the European Authorised Economic Operator (AEO) programmes benefit from reduced checks and green lanes. Participation has become a basic requirement in the global shipping market.

Exploiting gaps in shoreside supply chains, particularly in or around South American ports, traffickers’ methods such as ‘rip on, rip off’ threaten global shipping. This has led to a rise in drug seizures from containers at major US and European ports.

Recent drug seizures from vessel containers across the globe demonstrate that it is no longer just the traffickers who are in law enforcement’s sights. More and more, law enforcement, specifically customs authorities, are calling on the shipping sector to increase security even more as part of the evolution of customs trusted trader programmes.

The threat of suspension or withdrawal from these programmes is a powerful tool.

The surge in demand in North America and Europe — particularly for cocaine — drives the drug trade to new heights. Smugglers exploit legitimate supply chains to move record volumes of drugs. No carrier or shipper is spared from this threat.

A favourite route targets vessels that travel the South American and Asian shipping lanes and call at US and European ports. The last six months of 2019 saw record-setting drug seizures from vessels operated by major carriers:

• In June 2019, US Customs and Border Protection (CBP) and other agencies seized nearly 20 tons of cocaine hidden in containers on a vessel of a major carrier. The seizure was alleged to represent the largest drug smuggling seizure in US history.

• In August 2019, authorities in Michoacan, Mexico seized 23,368 kgs of fentanyl stowed in a vessel at the port of Lazaro Cardenas.

• In the same week, the UK Border Force and the National Crime Agency (NCA) seized 1,279 kgs of heroin stowed on a vessel at the port of Felixstowe.

These incidents highlight a broader threat to global security. If a cache of drugs can be smuggled on a vessel, the logic goes, then why not weapons? This brings supply chain security to the top of customs agencies’ priorities — and more obligations for carriers.

Since late 2019, the updated sea carrier Minimum Security Criteria replaces five pages with a 40-page booklet with over 50 requirements in 12 security categories. These are additional to numerous “shoulds” and best practices that must be implemented as best as possible.

The new criteria include expansive requirements for container seals, security cameras, vessel monitoring and training. They require immediate reports of all security incidents — including drug seizures, conspiracies, and container or seal tampering — regardless where they occur and whether they have a nexus to the US. CBP has made clear that it expects such reports as incidents happen from partners, rather than from other law enforcement agencies.

US authorities boarded MSC Gayane when it arrived at the Packer Marine Terminal in Philadelphia in June and seized 19.76 tonnes of cocaine

These requirements have teeth. CBP has relied on these new criteria to suspend different vessel carriers from the CTPAT — with threats of permanent removal — following drug seizures and perceived gaps in cargo security.

Only after a carrier is able to demonstrate that its security protocols go above and beyond the new Minimum Security Criteria, and specifically address enhanced protocols to reduce emerging drug smuggling threats, does CBP consider reinstatement into CTPAT, which is by and large a condition of doing business for large and high-volume shippers.

The incidents show that even sophisticated carriers risk their CTPAT Partnership. The risk is potentially catastrophic for carriers that depend on CTPAT to clear cargo in a timely way, and meet contractual obligations to shippers. Suspensions or permanent removals are published in the CTPAT portal for all partners to see.

Permanent removal ultimately requires re-application, years later. Drug smuggling now is as much a business risk as it is a security threat.

The European situation is different. The AEO programme has two components. The first (‘AEO-C’) focuses on the collection of customs duties which are direct income for the European Union.

The second (‘AEO-S’) covers supply chain security, based on the WCO SAFE framework. The Union Customs Code specifically allows for suspension of AEO, after a 30-day notice period, unless the threat to public safety, public health or the environment requires immediate suspension.

While drugs seizures in European ports have increased in number and volume, there are no published cases of AEO suspensions involving ocean carriers or container terminals due to drug smuggling similar to the US.

This might explain why European authorities appear less aggressive in enforcing AEO requirements. However, the option to suspend AEO is there and can be used as leverage to force unwilling supply chain parties to co-operate.

AEO certification also is a minimum requirement for many shippers’ selection of carriers. A temporary suspension poses a business continuity threat.

• Understand the new C-TPAT Minimum Security Criteria. Devote adequate resources to implement them accurately. Focus on the “musts” — but not to the exclusion of the “shoulds” or CTPAT Best Practices. Demonstrating compliance is crucial to passing CTPAT validations and to demonstrating best efforts in the event of a drugs seizure.

• Do not limit implementation of the CTPAT Minimum Security Criteria or AEO security requirements to staff with a direct nexus to container or conveyance security. Properly screening and training employees and crew is no less mandatory than is using ISO 17712-compliant seals, for example.

• Maintain a strong relationship with your CTPAT Supply Chain Security Specialist and AEO representatives. Communicate frequently. Informing such contacts of new and evolving security risks — new smuggling tactics or patterns — can build goodwill and benefits in the form of guidance and assistance.

• Consider implementing a protocol to report security incidents on your vessels to your CTPAT Supply Chain Security Specialist and AEO representatives. Reporting incidents is a CTPAT requirement, and it is better that authorities learn of such incidents directly from shippers than from counterpart agencies.