India, Pakistan and Bangladesh are taking aggressive measures to slow the spread of coronavirus. In the demolition market, cash buyers are bearing the brunt

More owners will seek ‘as is’ sale deals to avoid the last voyage to the recycling yards, says Clarkson Platou Hellas 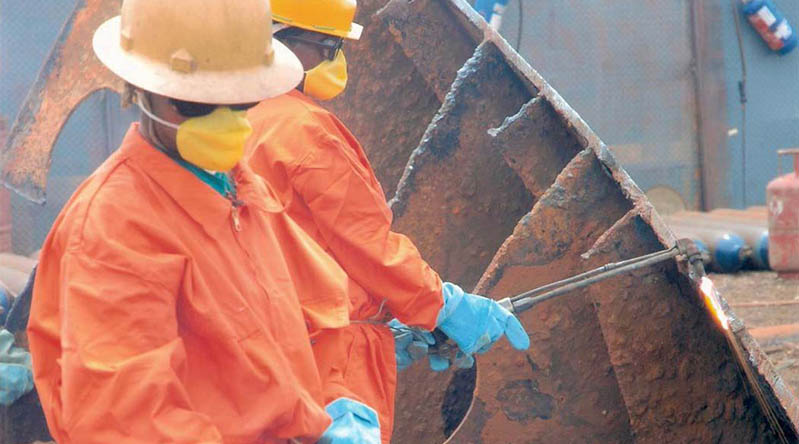 Given that virus cases have only just started to take off on the subcontinent, it may still be a while before the demolition market opens up again, says GMS.

THE demolition market on the Indian subcontinent has come to a standstill as countries takes aggressive measures to try to slow the spread of coronavirus.

Cash buyers are bearing the brunt of this lockdown, although the pall of gloom and uncertainty also pervades in all the subcontinent recycling locations — India, Pakistan and Bangladesh.

In India, Prime Minister Narendra Modi has ordered the country's entire population of the country into a three-week home quarantine.

All domestic and international flights out of India have also been suspended and non-essential industries such as ship recycling have been ordered to shut, resulting in all ships that are due to enter Alang being denied entry for the time being, according to cash buyer GMS.

In India, all ships that are scheduled to arrive but yet to beach have been ordered to halt before entering port limits.

Moreover, No Objection Certificates to enter Indian ports have not been issued by the port authorities, especially as ship recycling is not considered an essential industry to keep operational during the lockdown.

Meanwhile, Pakistan announced last week that all beaching and boarding of vessels at Gadani ship recycling yards would be suspended for a minimum period of four weeks and thereafter pending a further order.

Shortly, after the declarations of closures in Pakistan and India, Bangladesh issued similar orders for a 14 -day lockdown and almost all locations are likely to extend these emergency measures further, if no significant signs of tackling the virus are realised.

GMS said in a note: “Notwithstanding, given that the number of virus cases have only just started to take off in the subcontinent, it may still be a while before we see this market open up again on any non-essential industries and the period of quarantine will likely extend even further in the weeks ahead.”

In relation to market conditions, it is no surprise that there is a lack of activity. However, there remains interest from some buyers to acquire tonnage, shipbroker Clarkson Platou Hellas noted.

It said: “The market is not flush of cash buyers, several are reportedly facing difficulties with cash flow positions, and there is certainly more strain on those cash buyers active in the current climate.”

However, “with many ports adopting new restrictions, more owners will seek the ‘as is’ deal to avoid the last voyage to the recycling destinations — therefore it will be on the shoulders of the cash buyer to carry the burden of how they would dispose of the unit at a later stage and whether further limitations come into effect”, the shipbroker concluded.

Brokers are almost unanimous that although a stream of demo candidates appear to be moving towards their final resting place, lack of confidence from the cash buyers may restrict numbers placed on the negotiating tables.