The Chancellor of the Exchequer must consider what impact a continued slowdown in trade coming from China, and the unstable situation in the Middle East, will have on the UK economy, says UK Chamber of Shipping chief executive Bob Sanguinetti 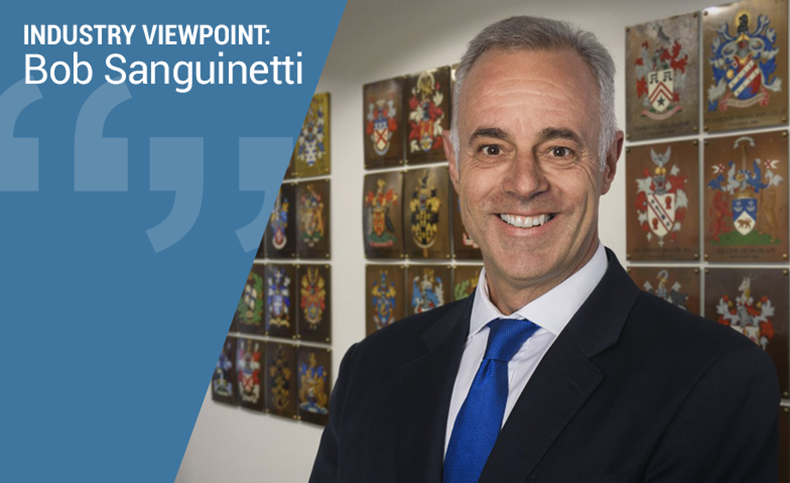 With a crucial UK budget looming, UK Chamber of Shipping chief executive Bob Sanguinetti, assures the new chancellor that shipping companies will continue to do all they can to keep trade moving during this very difficult time

IN less than two weeks’ time the new Chancellor of the Exchequer will deliver his first budget. The budget is a huge moment in every parliament and this will be no different.

It is the first such exercise since the December 2019 general election and the first since Britain left the European Union. It is an opportunity for the new government to set out its spending priorities, demonstrate its levelling up agenda and show that Britain is open for business.

But the chancellor must tread carefully and consider the global economic and trade situation we face. We have all heard about the terrible impact the coronavirus outbreak is having. Stock markets across the globe are suffering their worst week since the global financial crisis of 2008.

The Dow Jones recorded its biggest one-day points fall in its history and the FTSE has dropped more than 3% on Friday morning. Gold is at a seven-year high and a recent report estimated the virus will result in $26bn a week in lost global exports. Businesses are now having to make quick decisions about how and where they make their products.

What many people may not realise is that shipping moves 90% of global trade and brings in 95% of all the goods here in the UK. We as a nation rely on ships to bring us everything including bananas, iPhones and cars, and China — as the world’s largest manufacturing nation — produces many of the goods we rely on each day. We know the virus originated in China, but this is now a global issue, with countries in Europe and the Middle East affected. As the world tries to mitigate the impact of the virus, shipping companies are reacting to the changing situation.

In the leisure sector, cruise operators have robust policies to ensure the health of both passengers and staff.

Commercially, shipping is an incredibly flexible business. It must be ready to meet geopolitical and social changes. But we have a record number of containerships sitting idle in China, the highest recorded number since the global economic collapse more than a decade ago. With manufacturing slowing down in China, this could mean a rise in the cost of goods we all need and rely on.

The chancellor must consider what impact a continued slowdown in trade coming from China, and the unstable situation in the Middle East, will have on the UK economy.

Last summer, the UK Chamber of Shipping worked closely with the government during the illegal seizure of Stena Impero and it was just two months ago that the government considered deploying the Royal Navy in the Strait of Hormuz to protect British-flagged vessels. The situation is calmer now, but should we see tensions rise again, it is possible prices at the fuel pump could increase.

None of this will be news to the chancellor and we will all have to wait and see how the coronavirus impacts the budget. But one thing is for sure, shipping companies will continue to do all they can to keep trade moving during this incredibly difficult time.