Three years ago, shipping managed to secure a temporary reprieve from EU regulations on emissions. In 2020, that scenario looks unlikely to repeat itself

The shipping industry knows EU rules on emissions are coming. Soon enough, those parts of the industry that think the EU is acting a misguidedly draconian fashion by failing to secure global co-operation will be forced to turn their focus on what those rules will look like 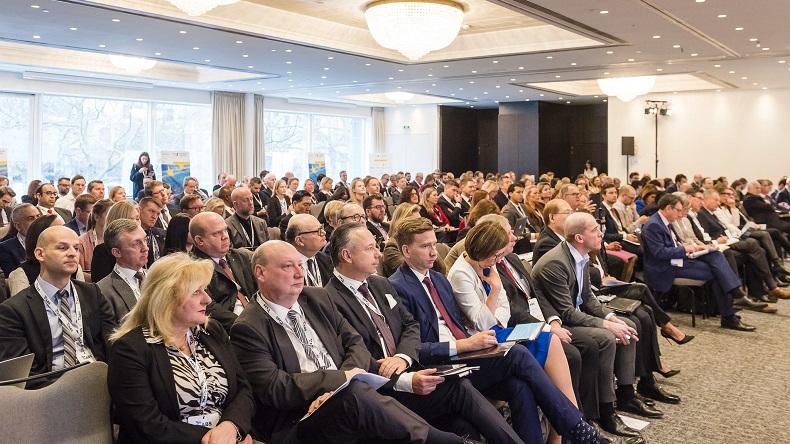 It was clear from European Shipping Week 2020 that a coalition of Brussels apparatchiks, multi-national muscle and various other lobby groups will force the hand of all shipping players in 2020, regardless of whether they agree to new rules or not.

THREE years is a long time when you are in a race to stop irreversible damage being done to the planet’s climate.

Since the last European Shipping Week held in Brussels in February 2017, the maritime sector has seen the adoption of an initial greenhouse gas strategy, the implementation of the global 0.5% limit and the ascension of sustainability as the single largest long-term topic of discussion.

And yet, looking at the European Shipping Week that unfolded last week, you could be forgiven for thinking not much had changed over the past three years.

Just as in 2017, one of the central issues was the European Union’s plans to regulate international shipping emissions, primarily through the inclusion of its notorious Emissions Trading System — the so-called ‘pay to pollute’ scheme. Such an idea is anathema to the global industry, which points out that regional rules cannot work in an industry that works on a global stage.

Detractors to those pushing for regional regimes say that global regulation through the International Maritime Organization works much better than fragmented and disjointed rules. What is more, many shipping players feel they have a direct voice in the forum of the IMO.

By contrast with three years ago, this year, the mood among attendees in Brussels was very different.

The most striking aspect was the apparent acceptance that the EU’s plans to regulate shipping emissions will materialise. Soon, ships using EU ports will have new rules to comply with, regardless of who owns them or where they are flagged.

Public opposition will likely continue. What is more, those inside the shipping industry who view the EU working on its own in a disjointed fashion as a nonsensical idea will use their industry organisations to push for a singular global regime. They will warn the apparatchiks in Brussels about the dangers that come with fragmented regulation.

Privately, though, officials from influential companies and organisations admit they know that EU regulations are coming. There was a tangible frustration and, at times, confusion about how all this red tape would work if is going to be confined to the EU.

The pressure to impose EU-only rules — coming straight from the top via the European Commission president Ursula von der Leyen — is simply too strong for those in the shipping industry opposed to these measures to stop them.

The real question that remains is how all this is going to be done. Will it mean shipping companies trading carbon allowances? Will it be a direct levy on fuel? Will it include mandatory cuts to emissions? What will the repercussions of non-compliance be?

It is still early days in a process that will likely continue well into 2021, but those shipping players who oppose these measures and who are lucky enough to have a voice in Brussels alongside the bureaucrats and multi-nationals will try to push for regulations that are as undisruptive as possible, in terms of cost, operations and global competitiveness.

At this stage, there are issues that remain unclear. These outstanding matters relate to the definition of how much any new rules will affect shipping. Not least is the isssue of whether owners will be able to somehow ensure, through the regulation, that any costs from new rules can be passed on to charterers.

The intensifying pressure around the climate agenda means that no single regulator, no matter what their size or scope, can expect to be given the same level of understanding and space from other regulators as they might have enjoyed in the past.

And this also serves as an important lesson for the EU — if it is interested in getting one.

The EU would like to think that its rules will eventually serve as a template for the IMO and the rest of the world.

The new regime may also serve as a precedent for other regions, such as China, the United States and others, who may feel compelled by the need to take immediate action and introduce their own emissions rules in the future, with their own particularities, diverging from global rules and from the EU.

The MEP leading the drive to slash shipping emissions