Rosneft Trading has taken over most of the marketing of Venezuelan crude over the last nine months with oil supplied in return for loan repayments, and subsequent sales brokered with India and China 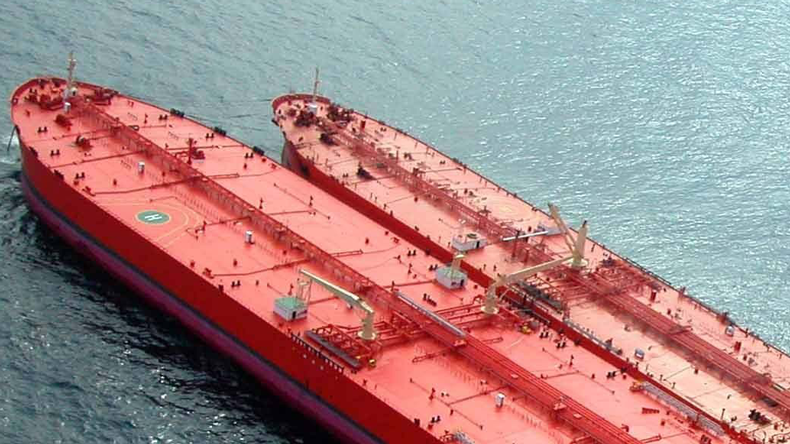 Rosneft-controlled tankers have engaged in ship-to-ship transfers off Gibraltar, West Africa, Malaysia and Singapore, as well as Caribbean islands including Aruba, Curacao.

VENEZUELA is poised to further obfuscate crude exports after new US blocking sanctions were imposed yesterday on the trading arm of Russian oil company Rosneft, which charters as much as 80% of all tankers involved in these trades.

Switzerland-registered Rosneft Trading, not the parent oil company, was blacklisted for operating in Venezuela’s oil sector, supporting the regime of Nicolas Maduro. Rosneft Trading board chairman and president Didier Casimiro was also listed.

The Trump administration has warned US citizens and companies not to do business with the trading arm, with a wind-down phase expiring on May 20. 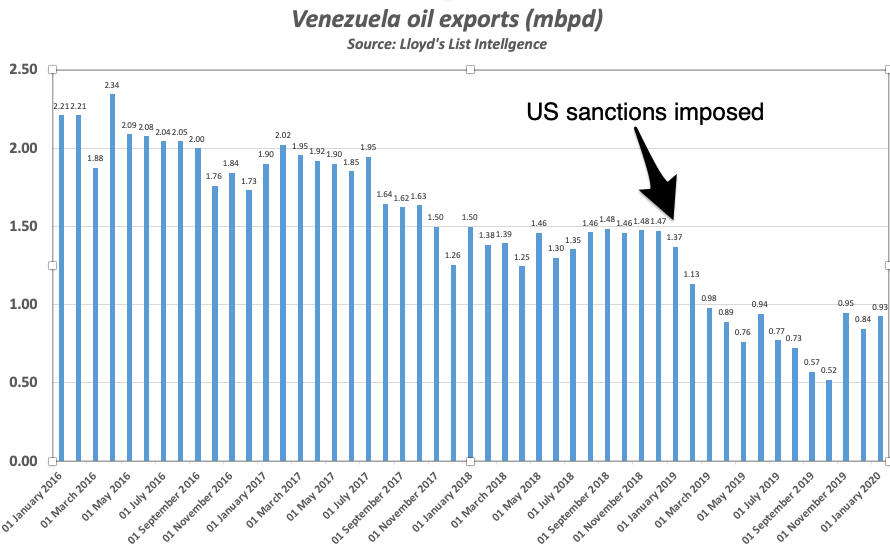 State-owned PdVSA (Petróleos de Venezuela, SA) has been subject to sanctions since January 2019. Rosneft Trading had taken over most of the marketing of Venezuelan crude over the last nine months with oil supplied in return for loan repayments, and subsequent sales brokered with India and China.

About 80% of tankers chartered for Venezuelan exports are for Rosneft, which China is using as a “beard” to cover its purchases, Caracas Capital managing partner Russ Dallen told Lloyd’s List on November 11. The cargoes are sold at a steep discount.

Rosneft and PdVSA have established hub and spoke operations via Malaysia and Singapore to distribute crude, and briefly had floating storage at anchorage off Lome, West Africa, over January which was then transferred to China-bound very large crude carriers. Two of these shipments of Merey-16 grade crude were cited by US Treasury Secretary Steven Mnuchin in announcing the sanctions.

Lloyd’s List tracked three shipments on verly large crude carriers on Ridge A, Ridge S and Ridge U, recently bought by former Glencore executive Murtaza Lakhani. A further 55m barrels were shipped by Rosneft Trading for PdVSA between September and December, according to the Treasury. 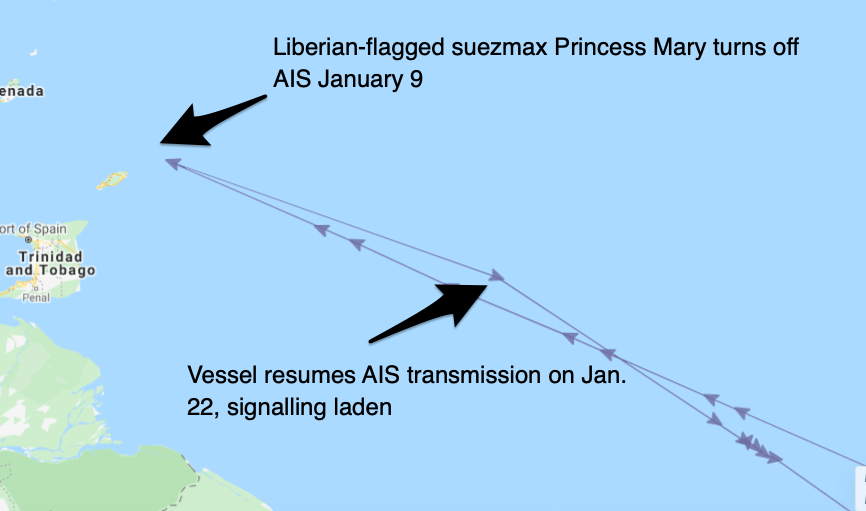 The VLCC Princess Mary is one of the latest tankers seen switching off its Automatic Identification System for loading in Venezuela, with no signal on January 9 to 22. The tanker is now signalling its next port call as Singapore. Navig8 VL8 Pool is listed as the third-party operator. The operator of 32 vessels has been contacted for comment.

The US Treasury’s Office of Foreign Assets Control designation aims to arrest rising exports from Venezuela. January shipments totalled 930,000 barrels per day, according to Lloyd’s List Intelligence, marking the third consecutive month that shipments have exceeded 800,000 bpd. Overall, Venezuelan exports averaged 870,000 bpd in 2019, compared to 1.42m bpd in the prior year, as sanctions slashed shipments to the US, formerly the largest buyer.

Vessels chartered by Rosneft have been borrowing the subterfuge shipping tactics that Iranian sellers and buyers use to disguise the destination and origin of sanctioned crude, masking conventional tanker-tracking using AIS technology. 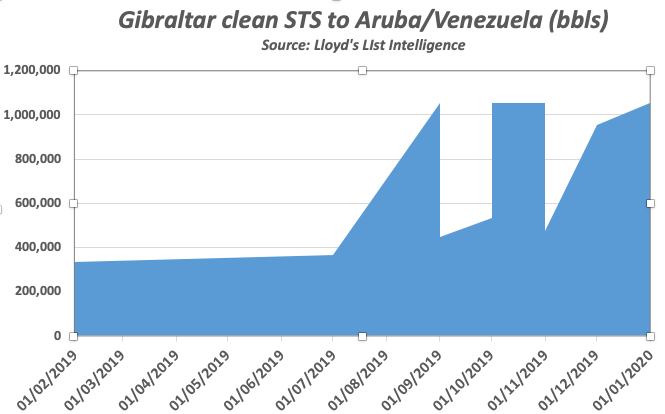 Rosneft-controlled tankers have switched off AIS during loading, and engaged in ship-to-ship transfers off Gibraltar, West Africa, Malaysia and Singapore, as well as Caribbean islands including Aruba, Curacao where PdVSA has storage facilities.

Rosneft Trading is the main crude buyer for refineries operated by the Rosneft group, which represents 35% of the Russian Federation’s capacity. It is not known whether the trading arm is behind the sale and shipment of diesel and gasoil from the Baltic port of Primorsk to northwest European markets as part of its brief to market refined products.

Most of the Rosneft Trading sales are on the spot market, with long-term supplies organised by different subsidiaries, traders said.

Sanctions have also been placed on the imports of diluents, including naphtha, used for thinning viscous heavy crude oil for export.  Some million barrels of clean product were tracked shipped via Gibratlar STS to either Aruba or Venezuela, Lloyd’s List Intelligence data show.

“While RTSA and its parent company were already designated on the Sectoral Sanctions Identifications (SSI) List under Directives 2 and 4 of the Ukraine/Russia sectoral sanctions, no Rosneft entity was on the Specially Designated Nationals List until today,” said Eversheds in a legal note to clients.

“The SSI List imposes trade restrictions relating to prohibitions on debt financing and certain exploration and production activities. The SDN List, on the other hand, generally prohibits all US person dealings with or involving SDN-listed companies.”