The European Commission’s Green Deal plans to impose a carbon-neutral set of rules across the Continent by 2050. Apparatchiks in Brussels will be keen that maritime also complies. The global nature of shipping undermines any such aim, though, and the bureaucrats are being told that the EU needs to seek international co-operation for any such idea to be practical

Given the international nature of the shipping sector, the EU's plan to impose green rules makes no sense if new red tape applies solely to the Continent. The EU has been told that instead it should use its weight to promote global environmental rules and foster the uptake of alternative fuels, Ecsa and Espo argue 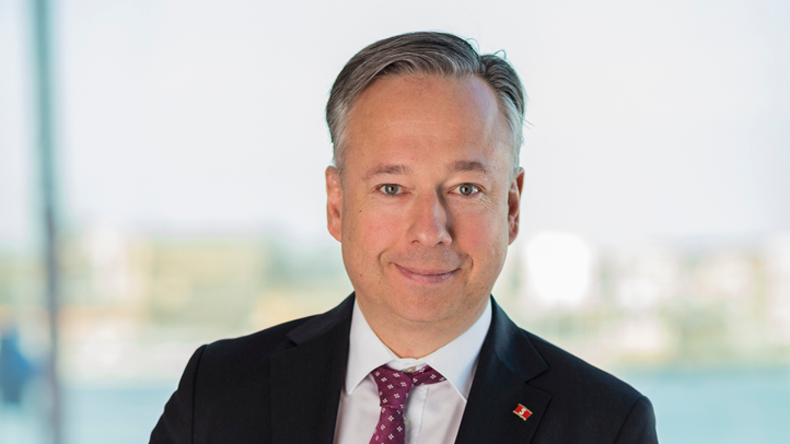 Ecsa president Claes Berglund has warned EU apparatchiks that unless they are prepared to say what an emissions trading system would look like, the association cannot evaluate it and take a position.

EUROPE’S biggest shipowners and ports associations have emphasised the need for a global approach to emissions regulation and for the EU to use its power in the international arena.

The flagship policy of the new commission president Urusla von der Leyen is to make the world’s largest trading bloc carbon-neutral by 2050.

For the maritime sector, the commission plans to include shipping in the EU emissions trading system, the bloc’s cap and trade carbon allowance system. EU apparatchiks also want to make it compulsory for docked vessels to use shore-side electricity.

The shipping industry has traditionally opposed inclusion in the ETS, arguing that an international sector requires a singular global regulator, which it has in the International Maritime Organization.

However, during a press conference at European Shipping Week, Ecsa president Claes Berglund said that without an actual proposal on what that ETS would look like, the association could not evaluate it and take a position.

“We don’t really foresee how it would work as it stands now for the maritime industry since we are trading in and out of ports and are in international waters,” he said on Wednesday in Brussels.

However, he did say that Ecsa always prefers a global approach to regulation, keeping in spirit with the main point of its position paper.

Ecsa dedicated a considerable part of the paper to highlight the sector’s global achievements, such as the IMO’s greenhouse gas strategy and ongoing global initiatives, such as the industry proposal for the creation of a $5bn R&D fund.

While Ecsa said in its position paper that it would give its take on the “effectiveness and efficiency” of the commission’s proposal to include shipping in the ETS later in 2020, the organisation clearly rejected unilateral action on emissions.

“As a global industry, regulations to address GHG from shipping must be set at the global level via the UN IMO. Regional regulation carries the risk of being suboptimal, resulting in carbon leakage and the distortion of the level playing field, as well as undermining the good progress made by the IMO,” Ecsa said in its paper.

The association argued that a main priority for the EU should be to lead in the international regulatory process, helping ensure the International Maritime Organization targets are met without distorting international competition.

“To this end, while promoting a high level of ambition, the EU should work towards ensuring consensus among the IMO Member States by inter alia taking into consideration the concerns of Small Islands Developing States and Least Developed Countries,”  Ecsa said.

The European Sea Ports Organisation expressed a similar sentiment about the strategy the EU should be taking on emissions policy.

“Given the international nature of the shipping sector, a global approach is essential if market-based measures are to succeed,” Espo said in its position paper.

The EU should be exerting pressure within the IMO to roll out “meaningful” measures by 2023. Current proposals to the IMO indicate ships will have at least one new emissions measure enforced on them as early as 2022.

“Espo believes that any European proposals such as an ETS, a levy or an innovation fund must be thoroughly examined in view of safeguarding the competitiveness of the EU port sector,” Espo said in the statement.

It argued that zero emissions at berth are achievable over time but a gradual approach is necessary.

“By 2030, CO2 emissions from ships at berth and in ports should be reduced by 50% on average and across all segments of shipping,” Espo said.

Beyond supporting global policy, Ecsa wants the EU to lead the race in R&D on alternative fuels and technologies, and offer supportive measures for their uptake, while facilitating first movers.

It also wants the EU shift away from using road and air transport and to shift instead toward the use of ferries and short-sea shipping. It wants the Commission to develop a study on port call optimisation, among other policy ideas.

The commission plans to review the bloc’s energy tax directive, which lays out taxation rules on energy products and electricity. Bunker fuels are currently exempt from taxation but that could change during the review.

Espo said it wanted the commission to introduce a permanent tax exemption for all alternative shipping fuels, including onshore power supply.

Asked whether Espo had adopted a view on tax exemption for conventional bunker fuels, secretary-general Isabelle Ryckbost said the organisation did not have a view on the matter at the moment.

Though offering some reduction in carbon emissions, liquefied natural gas, a fossil fuel, is the subject of significant divides in opinion due to methane slip. Critics argue owners should not be investing in LNG-powered vessels that only increase dependency on fossil fuels.

However, Espo said LNG’s role as a transition fuel should be recognised and certainty is needed about the support for investments made from 2021 to at least 2027.

Ecsa also asked the commission to evaluate the bedding in of infrastructure for the delivery of alternative fuels in key European network ports.

“Shore-side electricity is one of many solutions. It is important to keep our eyes on the target and not focus on one specific instrument, as new regulation must be technology neutral,” Ecsa said.