Boxship calls to Chinese ports always fall during China’s New Year break and the weeks following. Following the impact of coronavirus, though, the numbers this year remain lower now than during the week of last year’s factory shutdown 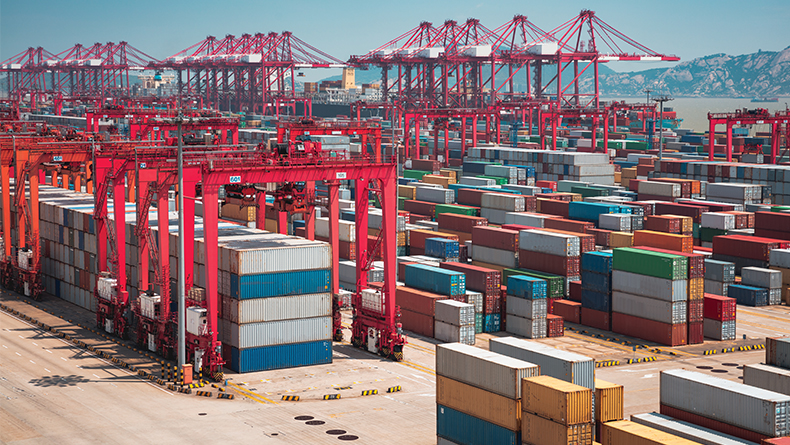 Empties are stacking up at Shanghai as port calls fall.

SHIP calls to China’s leading container port of Shanghai indicate the impact of the coronavirus outbreak on box shipping is continuing to worsen.

Data from Lloyd’s List Intelligence shows that ship calls to the main container hubs at Shanghai and Yangshang fell again during week seven, with just 251 calls from container-related vessels.

Not only is this down on the previous week’s figure, but it remains well below the comparable week last year, when China was still in the midst of the Chinese New Year shutdowns.

This year’s earlier new year holiday would normally have meant the first signs of an uptick in volumes and ship calls would have been visible by now, but with the extended factory shutdowns leading to lower volumes being shipped, port calls have continued to decline.

Combined figures for port calls by containerships, general cargo vessels with container capacity, con-ro vessels and container barges at Shanghai and Yangshang peaked at 413 in week two in the lead up to the holidays. This was fractionally higher than the 408 vessels recorded during the busiest pre-holiday week last year.

Since then, however, the number of port calls has fallen by just under 40% and remains 17% lower than the lowest point last year at a time when normally numbers would be on the rise again.

The lower number of port calls coincides with increased blanking sailings by container lines as carriers seek to reduce capacity to match the subdued volumes emanating from China, where much factory production remains closed due to government bans in order to reduce the spread of the virus.

Including normal seasonal capacity reductions and additional blankings due to coronavirus, upward of 85 sailings have now been cancelled on the transpacific trade alone.

The inability to move containers also is having a knock-on effect on shippers with backhaul volumes destined for China, as the number of containers in China is stacking up.

Figures from container repositioning service Containers xChange show a build-up of 40 ft dry containers in Shanghai and Qindao. Its Container Availability Index, which compares the availability for the previous and current year stands at 0.79 for Shanghai and 0.80 for Qingdao. Any figure above 0.5 indicates a surplus of containers.

Analysts at Platts noted that shortages of export containers were beginning to emerge in some parts of the US.

“Many [containers] have gone back to China empty but have not returned to the US, leaving a dearth of usable container for markets,” Platts said.

Carrier results will give insight into coronavirus impact