From the Newsdesk: Sanctions, coronavirus and decarbonisation

The Lloyd’s List 2020 Outlook forecast that this year would be dominated by the five big S’s — sanctions, scrubbers, sulphur and supply. The past week has rather proven our point as the coronavirus hit markets, a US sanctions U-turn upset tanker supply and fuel concerns once again spooked investors already concerned about an uncertain path towards decarbonisation

The inside track on the stories shaping shipping this week 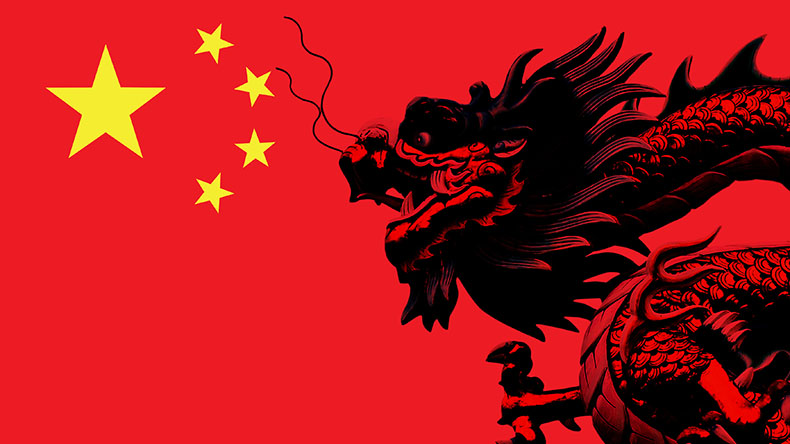 It is still too early to fully assess the impact of the Wuhan coronavirus on China, the rest of the world and more specifically shipping markets. But we know the basics and it seems clear that the first quarter of the year is already looking ‘challenging’ for the maritime markets. While initial optimistic responses pointed to the bounce back experienced post SARs in 2003, the more realistic assessment must now accept that this outbreak is happening amid different economic circumstances. It’s also worth reminding ourselves that the Chinese economy is about nine times larger than it was when we dealt with SARs and growth rates just aren’t what they used to be.

Restarting the Chinese steel mills and construction sites after the lunar new year holiday will be delayed, hitting the demand for dry bulk commodities, especially iron ore and coal, weakening demand for ships. Given the Baltic Capesize Index dropped to an astonishing and unprecedented level of -20 points at the close on Friday from just one point the day before, the added impact of coronavirus risk is certainly unwelcome news for bulk trades.

On the container side, the impact of the coronavirus on Yangtze river shipping movements has already been revealed in figures from Lloyd’s List Intelligence that show a dramatic reduction in port calls. And as equipment begins to build up in Chinese ports, layup figures indicate more increased blankings following Chinese New Year closures.

As for the tanker markets, most crude sectors were already re-calibrating for lower growth even before the virus hit thanks to warmer winter temperatures and weaker than expected oil demand growth in the beginning of the year. Analysts are now busy scaling back oil demand estimates rapidly in response to the virus, spurred partly by an increasing number of flight cancellations.

The immediate concerns remain operational. Just this weekend Singapore barred entry to all crew members with recent travel history to mainland China and that is a precedent set to be emulated across Asia. Australia is tightening entry checks too - vessels that have left mainland China since Saturday will now be subject to a 14-day quarantine before being allowed entry into Australia.

And then there's the legal considerations - the spread of the virus may also cause potential contractual issues to arise that might complicate previously accepted principles. Shipping industry players with fixtures to and from Far East ports especially should keep abreast of the latest measures and actions being taken by governments and local and regional authorities.

What happens beyond the immediate operational impacts remains unclear, but even the most optimistic of assessments suggest that commodity and shipping markets are going to take a hit this year.

Sanctions relief for Cosco may not be good news for tankers 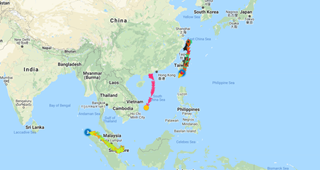 While the tanker market is weighing up the impact of coronavirus it is also now facing the prospect of the previously sanctioned fleet of Cosco tankers returning to the market after the US last week confirmed that it was, partially at least, lifting measures against the Chinese giant that had been in place since September.

A total of 10 VLCCs owned by Cosco Shipping Tanker (Dalian) previously blacklisted by the US for violation of sanctions on Iran have already left anchorage and while it may take a while to get the rest back into trades the impact on spot rates will be felt.

Although good news for Cosco and a positive indicator that the US-China trade talks are starting to thaw (albeit with the US keeping one Cosco unit blacklisted for leverage), the move it not necessarily well timed for the wider tanker market.

The double-whammy of the coronavirus and return of sanctioned Cosco tankers will stall anticipated rises in tanker asset values, as spot charter rates plunge, threatening the nascent recovery in the crude sector. Spot rates are now expected to fall further as contracting refinery output in China curbs oil demand growth for the world’s biggest crude importer, at the same time as 26 VLCCs recommence trading in the global fleet of some 800 vessels of that size.

While the immediate impact suggests dark clouds on the horizon for the tanker market, the outcome largely depends on your timeline.

An upbeat reading would point out that weak conditions, coupled with uncertainties over shipping’s decarbonisation future, could curb newbuilding orders and fleet growth. Lower rates may also speed up scrapping of old tonnage and contribute to an improvement in longer-term fundamentals. There’s a silver lining there for those prepared to look hard enough!

The devil will be in the detail of decarbonisation 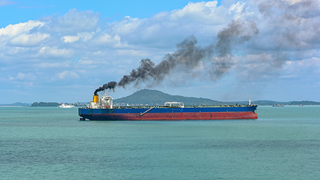 The highly publicised targets set by the International Maritime Organization to slash shipping’s total annual greenhouse gas emissions by at least 50% by 2050 compared with 2008 were partly meant to kick start investment in new marine technologies and fuels.

We have seen some promising tentative steps over the past year, but a new study which concluded the industry could need around $1.5trn to underwrite the process has provided a sobering glimpse of just how inadequate current efforts really are. In the search for a zero carbon future considering retro-fits is just not going to cut it.

Shipping companies may have to become more than just committed consumers and invest in the upstream production of zero-carbon fuels such as green ammonia and hydrogen to kickstart their supply.

Meanwhile, those pinning their mid-term hopes on Liquefied Natural Gas offering a green transition were also dealt a blow by another new report published last week which argues that LNG releases more greenhouse gas emissions over a 20-year period than marine gasoil.

The startling conclusions challenge previous reports that have spurred several shipowners into collectively investing billions of dollars in LNG-powered engine technology. The study itself is well worth a read and while not everyone agrees with the findings, you can hear one of the report’s authors argue a compelling case on this week’s Lloyd’s List Podcast. It is, in our humble opinion, well worth 20 minutes of your commute this week and indeed every week (you can subscribe via iTunes and Spotify, as well as most other podcast providers). 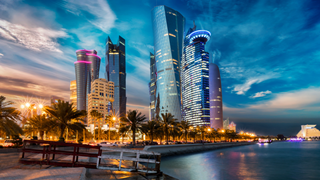 Lloyd’s List will be heading to Vancouver next week, where the top flight of North America’s multi-modal supply chain will be congregating in Vancouver for the Cargo Logistics Canada exhibition and conference.

As one of the closest North American ports to China, trade wars and the emerging threat to the supply chain from the coronavirus outbreak will no doubt be topics of discussion. But digitalisation, port developments and changing transport trends will all be on the agenda.

Our containers editor James Baker will be presenting an outlook for the container sector in the year ahead and reporting back with all the news from this major Canadian event.

And while you are looking at your diaries can we remind you to consider adding Doha as a last-minute item on your itinerary. The Lloyd’s List Qatar Summit on February 18 promises to be one of the events of the year so sign up now.