After serving in India’s merchant navy, Harry Banga’s shoreside career has never been far from maritime and trading. Fleet’s foundations lie in his commitment and conviction 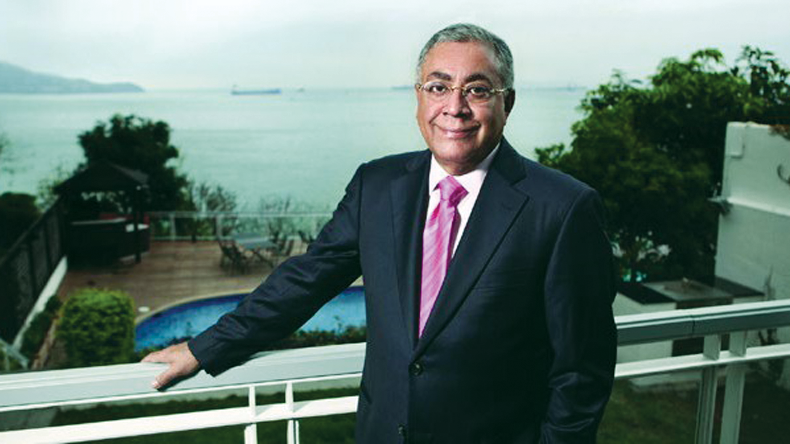 Banga: Described as a “compelling storyteller with a broad awareness of the world, financial markets and political developments”.

His years at sea and ashore in the roller-coaster world of commodities trading taught confidence in his own abilities and in the teams he gathered around him. That confidence, mixed with his lieutenants by his side, and in the importance of his family, has given Mr Banga a paramount role in the development and growth of Fleet Management.

A native of the landlocked north Indian state of Punjab, he rejected the traditional middle-class professions and went to sea. After promotion to master mariner at the early age of 28, and with the encouragement of his wife of over 40 years, he took a calculated risk to pursue a shore-based job in London when others around him thought it too risky.

His time at sea, in China and among traders, bankers and customers developed his interpersonal skills to a high level. One banker remarked that Harry Banga was a “compelling storyteller with a broad awareness of the world, financial markets and political developments”, adding that he builds great relationships with people.

Harry Banga joined commodities trading company Noble Group in 1988 to drive its expansion into shipping and maritime services. During this tenure, he was behind the founding of Fleet Management in 1994 and brought in Kishore Rajvanshy.

As vice-chairman, Mr Banga began his departure from Noble Group in early 2010, citing differences of opinion about the future direction that Noble should follow. He pulled back from his executive responsibilities, sold his shares and stepped away from the board of directors. In March 2011, Mr Banga acquired Fleet Management from his former employer. He seized the opportunity because he understood that its true potential was not being harnessed under the Noble umbrella, while sensing the changes that would emerge in global shipping.

Soon after, in 2013, Mr Banga founded Caravel Group. He jokes it was “a start-up with grey-haired managers, established businesses in a new uniform, and the benefit of a billion-dollar balance sheet”.  Earnings from the sale of his shares in Noble were ploughed into his new venture. Caravel was named after a small, fast-manoeuvring Spanish ship of the 15th century that plied new trade routes and heralded an era of economic prosperity. Fleet was subsequently reorganised under the Caravel group of companies.

This uncanny ability to time his decisions — whether establishing Noble’s operations in China before the sleeping giant awoke with an unquenching demand for commodities, timing his clean break from Noble before its downfall, and acquiring Fleet Management in the process — has not been lost on industry participants, nor his inner circle. Many of them have been with him over 25 years. One executive at Fleet Management observed: “When Harry sells, we sell. When Harry buys, we buy.”

Mr Banga and Mr Rajvanshy exude a healthy and unique blend of trust and partnership that would only be possible through operating in the trenches together for the better part of a quarter of a century. Mr Banga praises Mr Rajvanshy for Fleet’s expansion. “Kishore has been an unbelievable partner, friend, confidante and leader over the past 25 years,” he says. “Under his able guidance and management, Fleet has continued to reach new levels of success. Much of what we are celebrating today is courtesy of Kishore.”

In addition to chairing the Caravel Group, Harry Banga is also the chairman of Fleet Management, and presides over monthly board meetings, quarterly management reviews, as well as driving the annual strategic summits held by Fleet and the Caravel Group. While Mr Banga allows the leadership team under Mr Rajvanshy to drive Fleet on a day-to-day basis, the chairman knows everything that is happening, and is quick to offer advice and support on issues that come across his desk.

Where Caravel Group goes now is up to the next generation to decide. “We’ve established a world-class business, and a platform from which our team can take the business to new heights of success.”

The business model developed by Mr Banga for Caravel provides protection against both external and internal risks. Ship management provides a stable stream of fee income; the commodities trading often generates higher returns in the short term and the investment business is focused on getting steady long-term returns. This ensures stability in earnings. It’s an asset-light model. There will be margins as long as there is pipeline flow and the supply chain is well managed.

Today, the Caravel Group is headquartered in Hong Kong. It operates in 18 countries globally and employs nearly 1,000 people across these offices in addition to employing over 20,000 seafarers on the vessels managed by the group. Its founder holds the title of Honorary Fellow of City University of Hong Kong (CityU), conferred in October 2018. In addition, he is a member of the Court of CityU, an honorary vice-president of the CityU Foundation and on the advisory committee of the Centre for Transport, Trade and Financial Studies at CityU.

In January 2011, the then-President of India, Mrs. Pratibha Patil, conferred the prestigious Pravasi Bharatiya Samman Award on Harry Banga for his outstanding achievements in the field of business, his valuable contribution to promoting the honour and prestige of India and fostering the needs of overseas Indians. 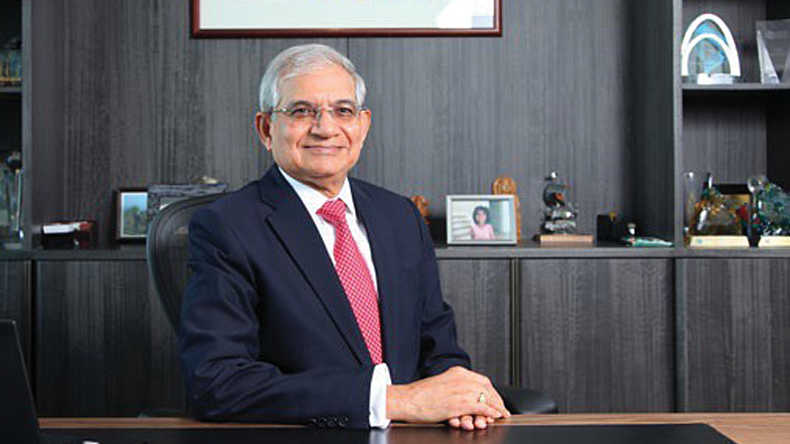 Kishore Rajvanshy: The leader who created a maritime family 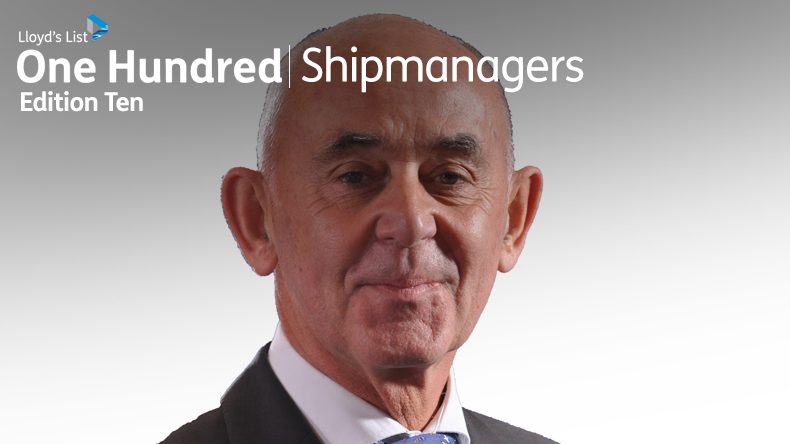 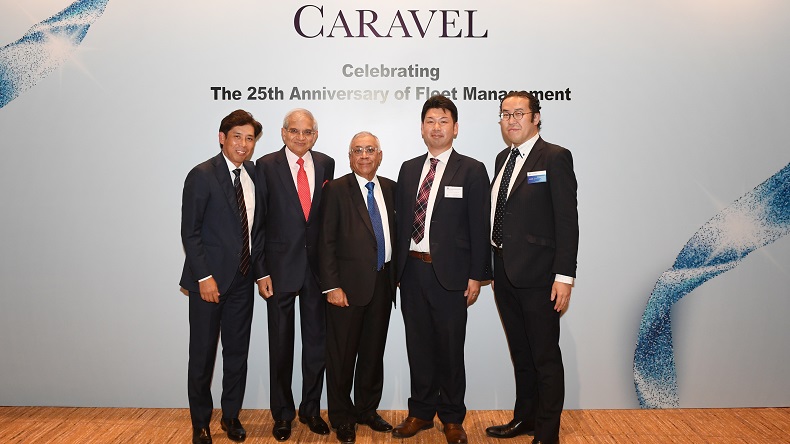 Fleet Management lauds value of relationships as it turns 25 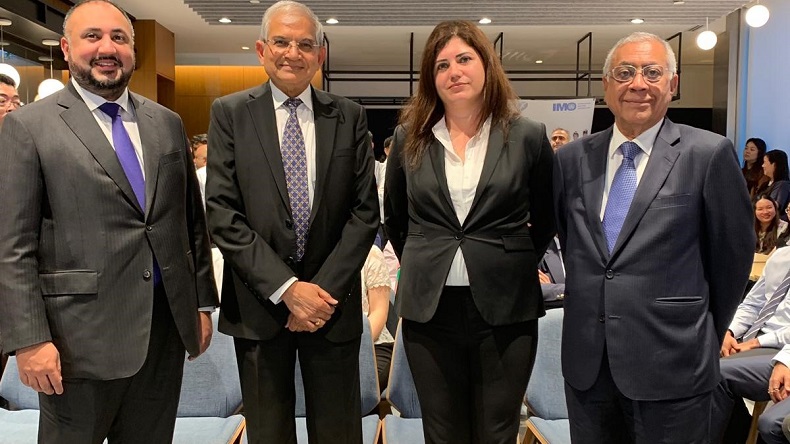