The International Chamber of Shipping and BIMCO, two of the largest and most important industry associations, are disputing a call to ban VLSFO blends, arguing that it is not clear they lead to higher black carbon emissions. Other factors, such as the engine type, come into play

BIMCO warns a ban would severely undermine sulphur cap compliance. Elsewhere, the ICS says the NGOs pushing for the ban have misinterpreted a study that links VLSFO blends to black carbon emissions 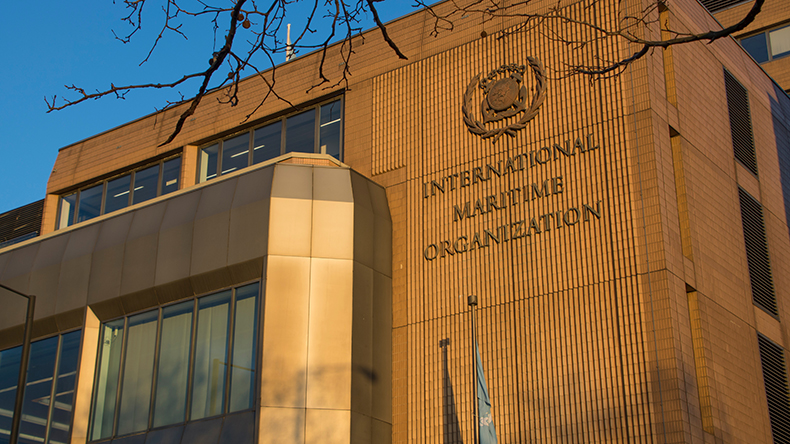 MOVES to ban certain very low sulphur fuel oil blends and introduce a mandatory switch to distillates in the Arctic Sea are facing an industry backlash and warnings it could thwart compliance with the 0.5% sulphur cap.

Four non-governmental organisations have put a proposal to the environmental regulators at the International Maritime Organization that there ought to be a prohibition on VLSFO blends that increase black carbon emissions. They also want an immediate switch to distillates in the Arctic Sea, banning the use of heavy fuel oil.

Although environmental NGOs have long wanted a switch to distillates in the Arctic Sea, these latest calls have their origins in a study submitted by Finland and Germany to the IMO. The study links VLSFO blends to higher black carbon emissions compared with conventional heavy fuel oil and distillates.

BIMCO deputy secretary general Lars Robert Pedersen said that a ban on VLSFO blends would have a severe impact relating to compliance with the 2020 sulphur cap.

The IMO’s 2016 decisions to not delay the implementation date of the 0.5% sulphur limit was taken based on a study that found that fuel oil would be available for ships to comply by January 1, 2020, he said.

The available fuel oils were predominantly blends of residual components and other refinery streams now generally referred to as VLSFO.

“Suggesting that such fuels should now be prohibited invalidates the basis of the 2016 decision and would seriously undermine the ability of ships to comply with the 2020 0.5% sulphur limit,” said Mr Pedersen.

He also questioned the implications of the study submitted by Finland and Sweden, which focuses on highly aromatic fuels, and noted there is no uniformity on VLSFO blends being aromatic or paraffinic.

“While the results may be perfectly correct for the fuels tested, we note that VLSFO supplied globally in compliance with the 2020 sulphur cap varies significantly in composition regionally because of a variety of blend components used,” he said.

The study also focuses on a four-stroke medium speed engine, an important factor according to Mr Pedersen, who said the vast majority of fuel oil used by ships is burned in large-bore two-stroke engines.

“Assessment of real world VLSFO burned in large-bore two-stroke engines is thus needed before conclusions as to any additional impact from the recent shift from HSFO to VLSFO can be drawn,” Mr Pedersen said.

For its part, the International Chamber of Shipping argued that the NGOs have acquired a flawed understanding of the very study they are relying on to call for a VLSFO blend ban.

“This is consistent with older measurement campaigns, which found that switching from HFO to distillate could not be assumed to reduce emissions of BC and that in some cases and at some load points BC emissions were higher when operating on distillate than for HFO,” Mr Bradshaw told Lloyd’s List.

A different study submitted by Finland to the IMO in late 2017 based on measurements on four four-stroke marine engines found that average black carbon emissions were low when using residuals at engine loads between 40% and 75%.

It also suggested that a switch to distillates in modern electrically controlled diesel engines did not reduce the average BC emissions at those same engine loads.

“However, for an old mechanically controlled laboratory engine, a significant reduction in the average BC emissions was observed, when residual fuel was changed to distillate fuel at 75% engine load,” that study said.

Mr Bradshaw agreed that black carbon emissions are sensitive to aromatic content and fuel ignition and combustion properties, as suggested by another study submitted to the IMO by engine manufacturing association EUROMOT.

But he argued that these qualities are not dependent on whether the fuel is a distillate, low sulphur blend or HFO and said it is “erroneous” to suggest that black carbon is simply determined by fuel grade.

“Fuel switching to distillates will not necessarily reduce BC emissions and may in some cases increase emissions,” he said.

Instead of any prohibition on fuel, he supports the proposal by Germany and Finland, as well as EUROMOT, to address fuel aromatic content in the specification of marine fuels, known as ISO 8217.

“We should be led by data and analysis and also avoid conflating non-related issues in order to support arguments to ban certain types of fuel,” Mr Bradshaw said.

Tankers and LNG carriers will gain most from trade-war truce