Star Bulk — and all owners that use scrubbers on vessels trading spot rather than on time charter — will soon see the cash benefits of their investment, investment bank Deutsche Bank says

Petros Pappas-led outfit on track for strong cash generation thanks to recent acquisitions and improving dry bulk fundamentals, and early adopter stance on scrubbers could double or even triple  current cashflow projections 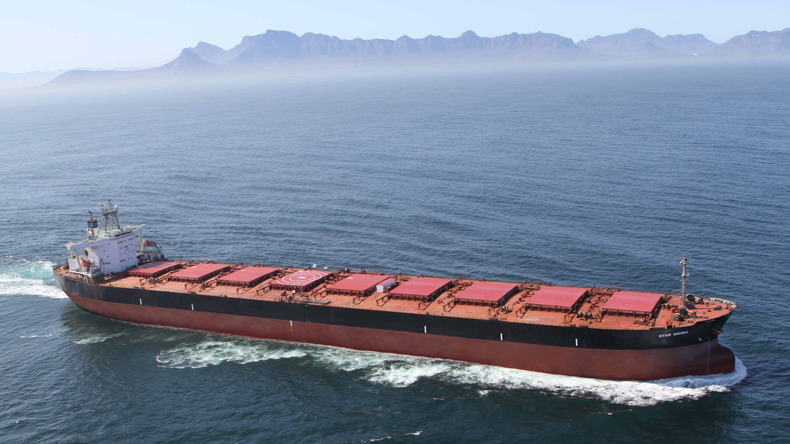 STAR Bulk will benefit strongly from investment in scrubbers, despite the short-term financial pain it suffered when rolling out its extensive retrofit programme last year, according to Deutsche Bank.

What is more, the same will apply to all owners using scrubbers for voyage charters rather than time charters, the investment bank says.

Deutsche’s argument is that in voyage chartering, the charterer pays the vessel owner on a per tonne or lump-sum basis, while the owner pays the port, fuel and crew costs. This differs from time charters, where charterers foot the fuel bill.

“The implication is that shipowners with scrubbers should be able to charge a freight rate reflective of the broader fleet that is burning more expensive ultra-low sulphur fuel oil (because of a lack of widespread scrubber adoption), but have significantly lower costs, given [their] ability to continue burning less-expensive high-sulphur fuel via scrubber technology,” a new research note argues.

Petros Pappas-led Star Bulk is in any case seen as on track for strong cash generation in coming years, thanks to recent acquisitions and improving dry bulk fundamentals.

But the company’s scrubber investment could double or even triple current cashflow projections, depending on the spread between high and low-sulphur fuel.

There remains uncertainty concerning the spread of high-sulphur fuel oil and low-sulphur fuel oil prices in the year ahead, and to a lesser extent over the extent of Star Bulk’s scrubber programme. It has some 22 scrubbers on order, but could extend the rollout to take in its entire 108 vessel fleet.

Deutsche’s base case is that the company will install scrubbers on its 80 largest vessels, and that the spread between HSFO and LSFO will come in at $350 per tonne.

The bull-case scenario is that Star Bulk outfits the entire fleet and the spread widens to $650 per tonne.

In addition, current 2020 day rate forecasts are low, with capesizes on just $22,000/day, and there is potential upside if  operators look to combat the rising fuel prices with widespread slow steaming, which would mean a 10% reduction in global carrying capacity.

Conversely, HSFO/LSFO spread could narrow in the years following 2020 as refiners ramp up mid-distillate production at the expense of residual fuel. But even that would not invalidate investments in scrubbers, thanks to a quick payback period.

Despite substantial potential returns, Deutsche Bank expects scrubber adoption to be minimal across the global fleet, given that most players are small, and have limited access to capital. Uptake on newbuildings is so far limited to very large crude carriers and 20,000 teu boxships.

Furthermore, global scrubber production capacity is limited to around 1,250 per year, which will again limit uptake, given the size of the world fleet.