The International Maritime Organization’s secretary-general, elected for a second term until the end of 2023, has overseen an extremely busy four years that were spearheaded by the switch into a new low-sulphur era. He is confident the IMO has done well under his leadership, but the next four years will see even more straining challenges and will require him to address existing problems that remain unresolved 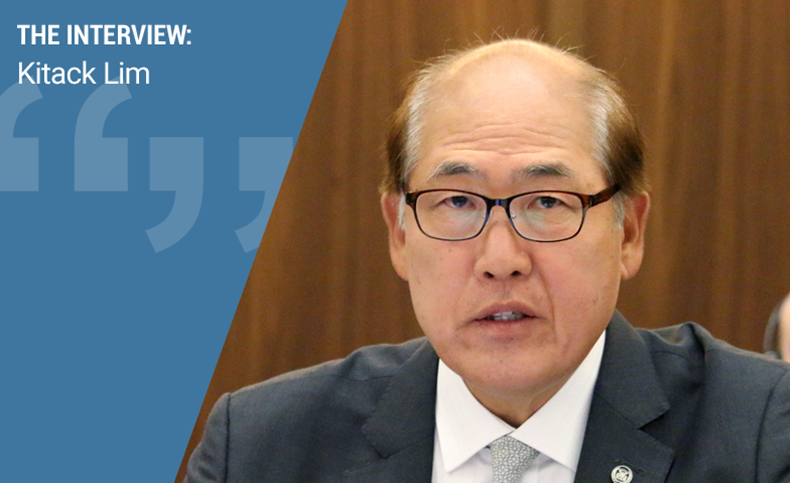 The International Maritime Organization’s secretary-general, elected for a second term until the end of 2023, has overseen an extremely busy four years that were spearheaded by the switch into a new low-sulphur era. He is confident the IMO has done well under his leadership, but the next four years will see even more straining challenges and will require him to address existing problems that remain unresolved.

IT IS difficult to deny that a lot has changed over the past four years, especially considering how old this business is.

The slew of new international regulations that have been given the green light will reverberate across the industry for decades to come; since 2016, the International Maritime Organization agreed a 0.5% sulphur cap for January 1, 2020, it adopted — and then partially delayed — the Ballast Water Management Convention, it agreed to explore how it could regulate autonomous vessels and adopted a landmark greenhouse gas emissions strategy.

Sitting down to talk with Lloyd’s List, IMO secretary general Kitack Lim describes the overview of his first four years at the helm as a success that has left him satisfied.

The South Korean former president of the Busan Port Authority believes the progress he sees has been underpinned by the conscious deployment of certain strategies from the IMO. These include fostering greater communication and collaboration among member states and industry, increasing capacity building for developing countries and engaging in outreach activities.

He also sees improved data management as a central part of his strategy, having pushed for the review and strengthening of the IMO’s database known as the Global Integrated Shipping Information System.

“This will enable us to use data more effectively. Data is critical to how we operate and move forward,” he says.

While these things could all contribute to the way the industry is regulated, Mr Lim’s next four years and perhaps his legacy will primarily be defined by one issue in particular.

The IMO agreed back in April 2018 to several commitments regarding the industry’s greenhouse gas emissions, including to reduce them by at least 50% by 2050 compared with 2008.

This strategy secured plaudits from the world over and has helped to push the industry to act through initiatives, pledges and even concrete regulatory proposals toward this direction.

The hard work, though, has barely begun. As the regulators gathered in London try to deliver a short-term emissions reduction measure to begin with, the other measures they have in mind will be works in progress for years, if not decades, to come.

In the time since April 2019, the IMO has at times been frustrated by slow, drawn-out talks and has been criticised for not acting quickly enough.

Like other industries, combating climate change on an international level is a highly political endeavour and one of the central points of contention will be the different burden developing and developed countries should carry.

The problem may become especially acute as discussions about emissions-reducing measures heat up and governments try to assess potential impacts on different countries.

As the secretary-general, Mr Lim does not decide on what governments should do. Nor is he expected to support one measure over another.

But he will bear much of the weight of keeping the strategy intact and bridging the anticipated differences between the various sides in this argument.

The last year of his tenure, 2023, is also the year the IMO will revise its GHG strategy. That date, though still distant in terms of the progress the IMO and its members have to make by then, is not lost on Mr Lim.

Research and development will be necessary to develop alternative fuels. The IMO is encouraging contributions and collaboration, something which Mr Lim acknowledges will cost a lot of money and effort.

All this pressure on the IMO will be going on as it works against the shadow of interference from the European Union; the European Commission and the European Parliament want to regulate shipping’s emissions, a move the shipping industry strongly opposes.

An outspoken critic of the move in the past, Mr Lim has recently warned against undermining progress at the IMO and insists it has progressed sufficiently.

Whether he will be able to convince EU regulators and governments that progress is enough to restrain the urge for EU action amid a reinvigorated political drive in Brussels will be one of his major challenges in 2020.

“As always, I would reiterate that global regulations are essential for the international shipping sector. This has always been the key message emanating from IMO,” he says.

Making the IMO’s case in the face of a backlash is hardly something unfamiliar to him.

Mr Lim spent a considerable part of the past three years pushing the message that the January 2020 0.5% sulphur limit would not be delayed. Promoting the sulphur cap date came amid calls for it to be put on hold. There were, at times, confident — yet usually private — speculation that it would be postponed.

His organisation did not make life easy for itself. In the summer of 2017, it offered a partial two-year reprieve on compliance with the Ballast Water Management Convention, raising questions about the IMO’s ability to stick to its own deadlines and offering hope for many in the industry that the same would happen with the sulphur cap.

It didn’t. The diplomatic shutdown of a 2018 proposal for an experience-building phase all but ended the potential for some kind of phasing-in of the new rules.

Nonetheless, as dissenting voices appeared to subside, Greece, one of the most important of maritime nations, suggested delaying the sulphur cap rule, in late November.

Stated fears about the global availability of compliant fuel oil, especially pertinent for tramp sectors, the compatibility of new compliant fuels and their safety implications for crew continued to come up throughout 2019 from certain corners of the industry.

Among the powerful voices stressing the dangers of the regulation was the Union of  Greek Shipowners, which is one of the most influential lobbies in the business. Joining in with the dissent was Intercargo, the global dry bulk association, which has a strong Greek presence. The Greek government also made protestations.

Mr Lim accepts that there are still safety, availability and quality issues. In the early days of the regulation taking effect, he expects challenges in implementation.

But postponing the sulphur cap was not an option.

“I know a lot about the sentiment of the Greek shipping community. But we couldn’t change it [the date],” Mr Lim says.

He says he informed the Greek authorities directly that there was no way the regulation could be postponed, on either legal or procedural grounds.

“If we postponed, it would have been chaos,” he claims.

In the face of continued concerns about the implementation of the 0.5% limit, Mr Lim says his secretariat put in an extraordinary effort in 2019 to assist member states and the industry with outstanding questions.

He says he sympathises with shipowners who are confused about what technologies to invest in and how to comply with all the incoming environmental regulations.

He believes, however, that he has helped to eliminate some of that uncertainty. He has tried to do this by working with external partners, such as the International Standardisation Organisation and the International Energy Agency.

There will be tremendous public scrutiny surrounding the implementation of the 0.5% sulphur cap this year. Shipping industry observers will be keen to find out the extent to which these fears were accurate or inflated.

Environmental regulation will certainly be among his biggest priorities in the IMO’s next four years. But Mr Lim will urgently have to address an especially worrying trend relating to gaps in the way serious accidents are being reported. This rise in the failure to submit mandatory reports is something he has already pledged to reverse.

An investigation by Lloyd’s List earlier this year showed that flag states have submitted less than 50% of mandatory reports relating to very serious casualties that have occurred over the past five years. The secretary-general told Lloyd’s List he wants to raise that to more than 80% by 2022.

Work on safety, which has been the IMO’s traditional point of interest, will also need to continue elsewhere in tandem with stronger environmental policy.

In 2017, the IMO adopted the Polar Code. This sets out rules for ships voyaging through the Arctic. But Mr Lim believes there has been little attention paid to the region since and that the IMO needs to do more.

“We developed the IMO Polar Code, but we have to know more about the Arctic,” he says.

Elements that require a closer look are regional rescue operations and combating issues relating to pollution, as well as the conditions of the seafarers working there.

He anticipates that in 10 years’ time there will be two, perhaps even three, times the number of vessels than there are in the region today.

“We have to look at the safety aspect of the Arctic more comprehensively,” he says.

He is also targeting greater collaboration with the port industry and wants to promote information sharing, to enable the development of harmonised single windows.

Recent regulatory changes from the IMO have made it mandatory for ships and ports to exchange data electronically, preferably through single windows, according to the secretary general.

“In the years to come, I believe this will help ships pass more efficiently in and out of ports from the administrative perspective, something the IMO has been increasingly keen to support and promote,” Mr Lim says.