Sovcomflot's newly appointed head has long promoted the use of LNG as a marine fuel along the Northern Sea Route, which is seen as a conduit for Russia to slash time and cost spent on exporting to Europe and Asia 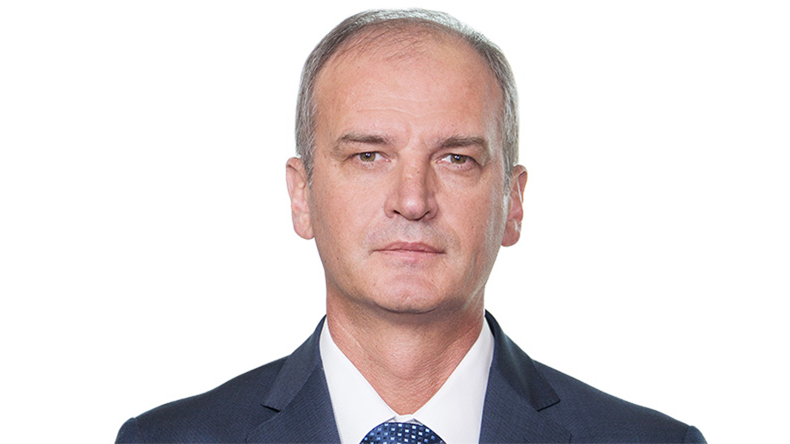 Tonkovidov: played an instrumental role in switching the Sovcomflot tanker fleet to run on LNG fuel.

IGOR Tonkovidov took over the helm at Sovcomflot this September, having served as chief technical officer for the Russian shipowner-operator for seven years.

The engineer by training has actively promoted the use of liquefied natural gas as marine fuel, particularly along Russia’s Northern Sea Route.

In his previous capacities at Sovcomflot, including his time as chief operating and chief technical officer, Mr Tonkovidov has played an instrumental role in systematically switching the Russian carrier’s tanker fleet to run on LNG fuel.

One month into his appointment to the top office, two large tankers on Sovcomflot’s fleet completed eastbound voyages along the NSR using LNG.

Mr Tonkovidov said these recent voyages, along with Sovcomflot’s experience of more than a year of operating LNG-fuelled tankers, has shown that using LNG as a primary marine fuel can slash carbon dioxide emissions by 30% compared to burning traditional heavy fuel oil.

He also expressed confidence in the economic viability of bunkering vessels trading in emission control zones in the North and Baltic Seas with LNG over another cleaner burning alternative, marine diesel oil.

Sovcomflot is certainly motivated to counter objections that environmental activists have voiced towards the promotion of the NSR as a regular shortcut for Russia’s exports to reach Europe and Asia.

As well as addressing these environmental concerns, Mr Tonkovidov also views LNG bunkering as one means to tap a “natural competitive advantage” Russia enjoys from its vast gas deposits.

On the other side of the equation, Russia can also bank on its ready access to the NSR to slash the time and costs of shipping LNG to gas-hungry Northeast Asia.

Together with the VEB.RF Group, Sovcomflot has extended lease financing to the first in a series of ice-breaking LNG carriers that will be built at Russia’s Zvezda Shipbuilding Complex.

These tankers are designed to carry cargoes all year round through the icy conditions of the Kara Sea and the Gulf of Orb.

Novatek has signed a long-term time charter for the first of these tankers to transport LNG cargoes from Arctic LNG 2, its second export project in the Russian Arctic.

Igor Tonkovidov to take over from Sergey Frank at Sovcomflot

Sovcomflot cautiously optimistic for the second half of 2019