Walter J Hinneberg does not have a website, produce market reports, and or even belong to the Hamburg Shipbrokers’ Association. Instead, the reputation of the firm headed by Christian and Walter Hinneberg is founded on long-term personal relationships, an encyclopaedic knowledge of the container shipping industry and traditional shipbroking skills

The Hamburg brothers head a firm consisting of just six people, yet are regarded as two of the best shipbrokers in the business, particularly in container shipping 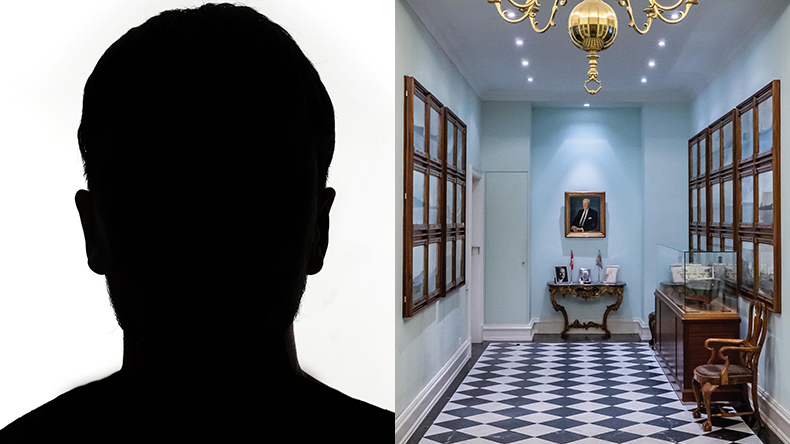 Hinneberg: brothers are rarely photographed in public, while the Hamburg office walls (right) are adorned with ship photos.

CHRISTIAN and Walter Hinneberg are regarded by many in container shipping circles as two of the best shipbrokers in the business.

Yet in the wider industry, they are barely known, in contrast to the heavyweights with their vast teams of brokers, large research departments, sophisticated databases, consultancy services and premises in maritime hubs around the world.

Walter J Hinneberg GmbH, named after the firm’s founder and father of twins Christian and Walter, could not be more different, with an office suite consisting of four rooms in a mansion block on the Ballindamm, overlooking Hamburg’s Alster Lake.

The total workforce numbers just six, including the Hinneberg brothers, two other brokers and a couple of assistants.

There are no banks of computers, none of the usual bustle of a trading floor; just a few desks, several magnificent mahogany cabinets and a modest-sized meeting room.

Yet this is often the first call for shipping visitors to Hamburg.

A clue to the success of the firm is found on the walls of their office, which are covered with hundreds of photos of ships.

Each one is either of a vessel with which they were involved during the ordering, sale or purchase negotiations, or represents one of a series.

Most are containerships but also featured are tanker, bulker and gas carrier newbuildings ordered by traditional shipowners.

However, containerships represent the sector in which the siblings have specialised over the years. They have established particularly close relations with the major container line operators, as well as Chinese and South Korean shipbuilders.

As members of Hamburg’s tight-knit maritime community, they also have unrivalled contacts locally.

That combination put them in a pivotal position when German shipowners were at their peak.

Although Hamburg’s status has diminished in recent years following the collapse of the KG system, the Hinnebergs never relied solely on their German connections and have built up strong ties across the container shipping industry.

‎That is also true of the next generation, which has adjusted to new market conditions and recently concluded transactions with the up-and-coming Chinese lessors.

Those familiar with the brothers, plus Christian’s son Paul and the fourth member of the team, Leandros Baron von Ruffin Zisiadis, say they know how to spot a deal and then pull it together, with both sides trusting their negotiating skills, discretion and understanding of the shipping industry.

Walter J Hinneberg does not have a website, does not produce market reports, and does not even belong to the Hamburg Shipbrokers’ Association. Neither are photos of the family readily available.

Instead, the firm’s reputation is founded on long-term personal relationships, an encyclopaedic knowledge of the container shipping industry and other sectors, and traditional shipbroking skills.

This is the Hinneberg brothers' first appearance in the Top 100.

Hamburg: Bowed but not broken